By the time the caravan reached Ahmedabad, Kohli had led his team to a series leveling win in Chennai. Hence, he had led India to 21 Test wins and equaled Captain Cool's numbers. 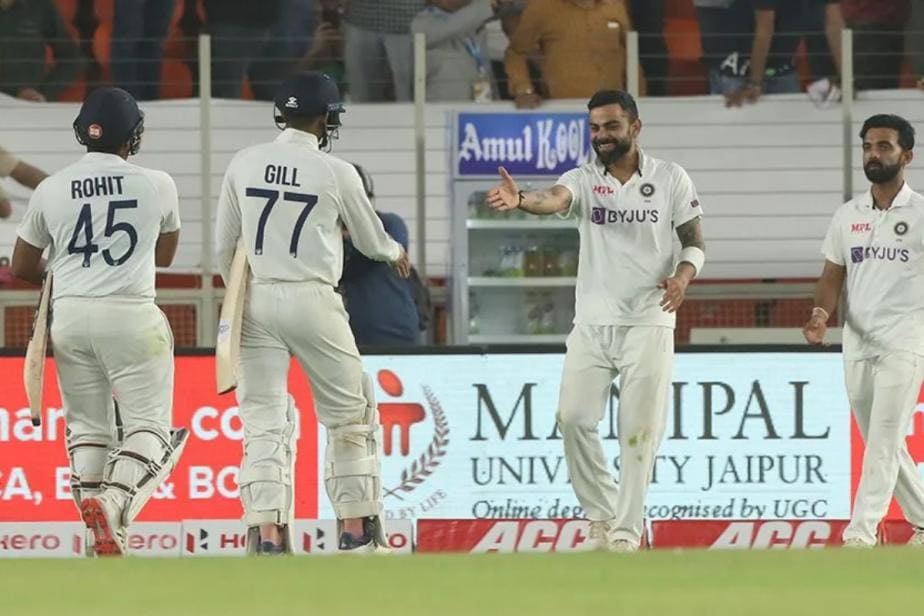 With win over England in the third Test match in Ahmedabad, Virat Kohli has now become the most successful Test captain for India at home. By the time the caravan reached Ahmedabad, Kohli had led his team to a series leveling win in Chennai. Hence, he had led India to 21 Test wins and equaled Captain Cool’s numbers.

But with win in Ahmedabad, Kohli has now 22 wins under his belt and he now becomes the most successful Test captain for India at home.

Dhoni had captained India in 31 home Tests taking his team to victory in 21 of them. Kohli equaled the record in the second Test in Chennai but only in 28 Tests which means that the incumbent Indian skipper has a higher Win Percentage at home during his leadership. Dhoni had lost three home Tests as captain while Kohli has lost just two which means that the latter’s Win-Loss Percentage at 10.5 is also higher than Dhoni’s (7).

Mohammad Azharuddin led India in 20 home Tests and took them to victory in 13 of them – he was at the helm when India started their ruthless home domination in the 1990s. In fact, his brilliant hundred along with a great bowling effort from Anil Kumble and Rajesh Chauhan helped India to a rare series sweep when they brushed aside England 3-0 at home in 1993 – that was the beginning of India’s stranglehold at home. India did not lose a Test series at home in the entire decade. Kumble was the Destroyer-in-Chief!

Dhoni and Kohli have taken that domination to even greater heights. India’s loss in Chennai in the series opener against England was only their second loss at home since December 2012 – such domination has seldom been witnessed by any home team in any era of Test cricket history. Sourav Ganguly captained India in 21 home Tests. The team won 10 and lost three while drawing as many as 8 matches under him,