The next T20I will be played at the same venue on Thursday and a win for the visitors would give them the series with a game to spare. 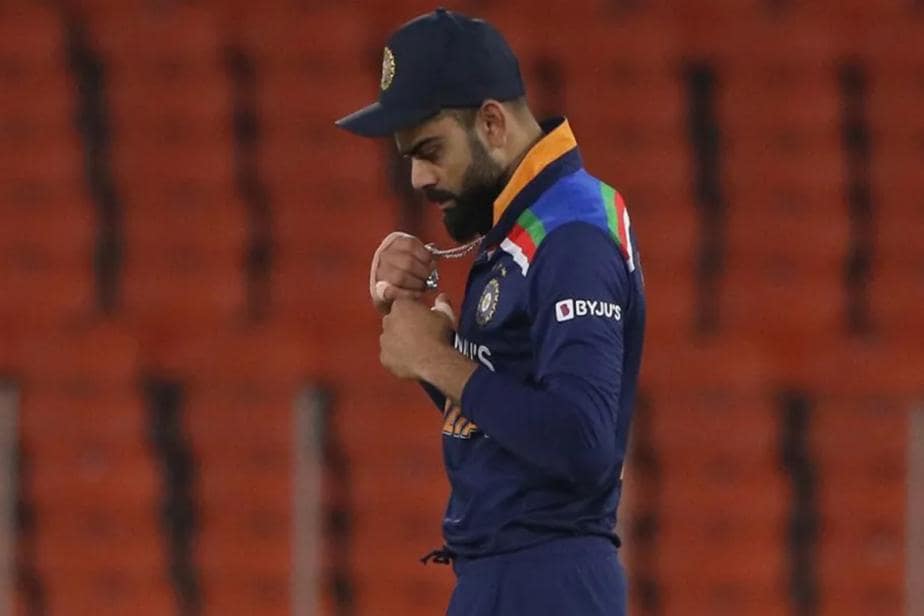 Virat Kohli’s emotions on the field are well documented and on Tuesday, Twitter saw another video of the Indian captain flipping on the field when Shardul Thakur messed up a throw in the 12th over of the England innings at the Narendra Modi Stadium in Ahmedabad.

A video has surfaced on the internet where Kohli is seen screaming at Shardul and expressing his discontent after the fielder’s mistakes allowed the batsmen to take two runs. In the 12th over, Jonny Bairstow flicked a ball fromYuzvendra Chahal on to the leg-side. Shardul was late to react to the shot and chase it. However, when he did, his throw was way off the mark as it wasn’t directed at any end and went straight to covers, where Kohli was fielding. The lazy effort allowed Jos Buttler and Bairstow to complete two runs. India’s effort overall in the third T20I was also much like Shardul’s fielding as they were sloppy with both bat and ball on Tuesday. Barring Kohli, everyone else struggled to leave a mark and pull off something of significance for the team as the hosts succumbed to a 8-wicket loss to England and went 1-2 behind in the five-match T20I series.

Put in to bat first, India lost KL Rahul early again and was soon followed by the returning Rohit Sharma and Ishan Kishan within the first six overs. Kohli and Rishabh Pant rebuilt the innings but the latter had to depart because of a horrible mix-up and India were soon reduced to 64/4 in the 12th over. Shreyas Iyer joined Kohli and looked dangerous too, but the Delhi Capitals captain fell for 9 in the 15th over while trying to accelerate.

In the end, with wickets falling around him, it was Kohli who took on the bowlers and smashed them all around the park as the Indian captain brought up his 27th T20I fifty and remained not out on 77 off 46 balls as India posted 156/6 from their 20 overs.

Defending that, India struggled from the onset with Buttler (83*) looking in sublime form. Chahal did manage to get Jason Roy out in the fourth over, but once Buttler was set, he took it upon himself to finish the game off and was well supported by Bairstow (40*). The pair put on an unbeaten 77-run stand for the third wicket as England won the game with 10 balls to spare.

The next T20I will be played at the same venue on Thursday and a win for the visitors would give them the series with a game to spare.