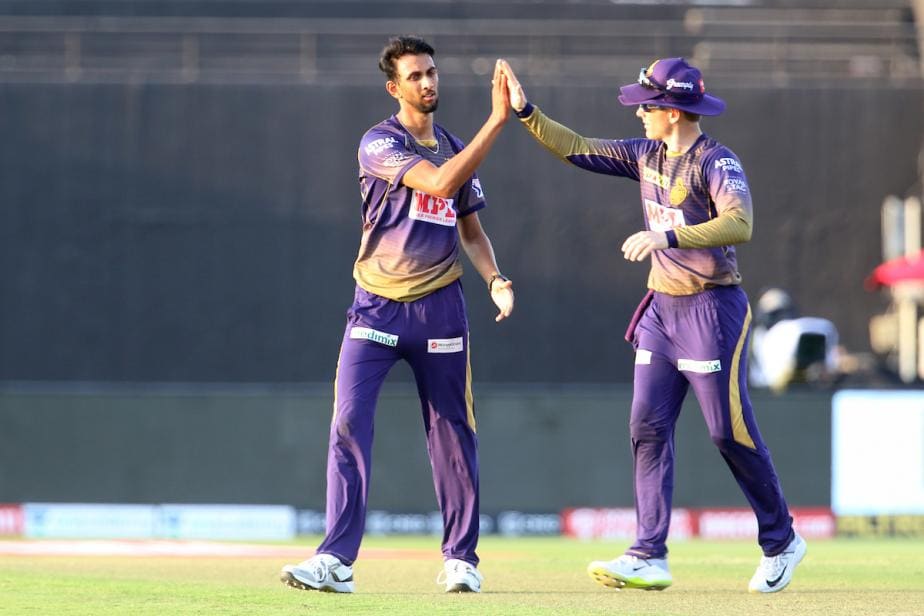 When Virat Kohli mentioned Prasidh Krishna as a potential surprise package for India T20 World Cup plans, back in January 2020, not many believed the Indian skipper. Soon after the pandemic hit and with cricketing curtailed Krishna did not get the opportunity to show why the Indian skipper had singled out the 25-year-old pacer from Karnataka among an arsenal of young Indian pacers.

“I think one guy will be a surprise package going to Australia. Someone who can bowl with pace and has bounce. Prasidh has done well in the domestic arena. It is a great luxury to have this group of bowlers in all formats. Looking at the World Cup, we have enough options,” Kohli had said.

Krishna shot to limelight with a five-for in his debut match for his state against a Bangladesh A side in 2015, but being part of a star-studded Karnataka bowling line-up of Vinay Kumar, Abhimanyu Mithun, Stuart Binny, Shreenath Arvind, Krishan had to wait another three years for a first-class match.

Injuries meant Krishna’s first-class career never took off, playing only 9 since his debut in 2019. But it was the shorter format Krishna excelled with his pace and has played 48 List A games picking 81 wickets at an average of 23.07 and 40 T20s picking up 33 wickets at 35.84 and an economy rate of 8.49).

In 2018, he was picked up by Kolkata Knight Riders and played seven games, picking ten wickets at an economy of 9.28. Krishna got the exposure as part of the India A teams soon after and gradually started to string together noteworthy performances. In the next IPLs, Krishna managed just 8 wickets, but it was the One-dayers that he was making real strides.

In Karnataka’s 2017-18 and 2019-20 Vijay Hazare Trophy campaigns, Krishna picked 17 wickets each and 14 in this year’s edition to come out of the shadows of the senior pros and his consistent performances have been rewarded with a maiden national call-up.

“I am very excited to be part of the Indian squad,” Prasidh told Sportstar after BCCI announced the squad for England ODIs. “The team is made of such greats and I am looking forward to rubbing shoulders with them.”