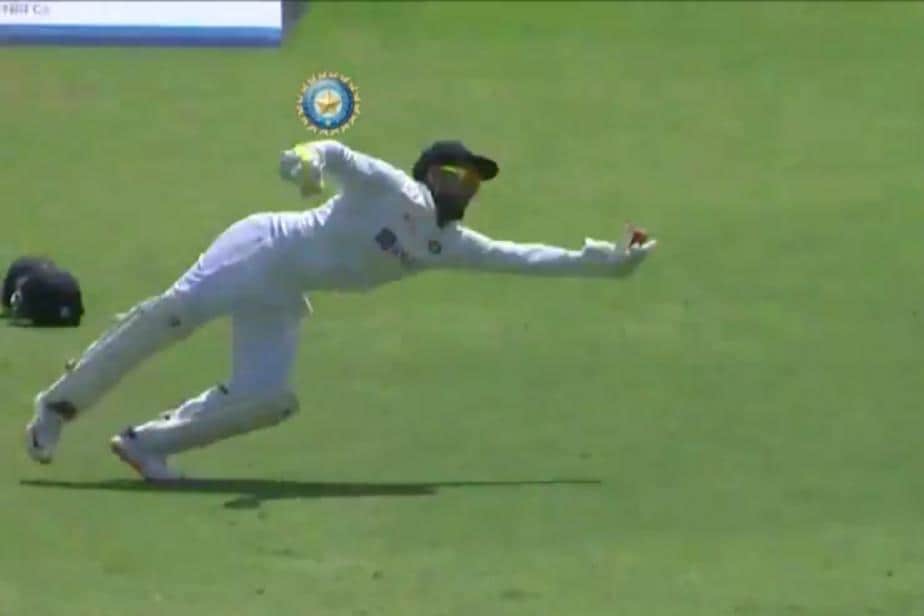 Perhaps one of the most highlight worthy moments of the day came courtesy of Rishabh Pant, who showed incredible athlethicism to pull off a tough catch.

India resumed Day 2 of the second Test against England at Chennai on 300-6 but could only score 29 runs in the morning session as Rishabh Pant (58 not out of 77 balls) ran out of partners. The aggressive Pant scored 25 of those runs, hitting two fours and two sixes to remain unbeaten. In response, the home side made use of the spin friendly conditions on offer and managed to pin the visiting side on the back foot. Yet perhaps one of the most highlight worthy moments of the day came courtesy of Rishabh Pant, who showed incredible athlethicism to pull off a tough catch.

Mohammed Siraj, who was brought into the attack for the first time on Day 2, started with a ball that was angling down leg and Ollie Pope duly flicked it off his pads.

However he didn't get it fine enough and Pant flew to his left and completed an acrobatic catch to give Siraj his first-ever Test wicket in home conditions.

A flying catch from @RishabhPant17

What a wicket combo

Interestingly enough, India's first innings total of 329 is the highest score conceded by any team in a Test innings without giving away an extra. England just edged past the 328 runs that India had conceded against Pakistan in Lahore in 1955.

But while they did well to ensure India didn't get close to the 400-run mark, England still face a Herculean task in getting close to India's first innings score of 329 on a dustbowl.

Ravichandran Ashwin (2/15) struck at the stroke of lunch, having Dan Lawrence (9, 52 balls) caught at short-leg by Shubman Gill as England sank into further trouble.

Pacer Ishant Sharma (1/15) provided the first breakthrough for India when he had left-handed opener Rory Burns LBW for a duck with a ball that nipped back and beat his defensive push.

The other opener Dom Sibley (16) was the next to go, caught by Virat Kohli at leg-slip off Ashwin, which was given by the third umpire after India chose to review as the on-field umpire turned down the appeal for a catch.

England currently lead the four-match Test series 1-0, having won the opening Test match at the same venue by a mammoth 227 runs. The third and fourth Test of the series will be played at Ahmedabad, with the penultimate Test being a Day-Night affair.