There was a heated exchange between Virat Kohli and batsman Jos Buttler, when the latter got out to a delivery by India pacer Bhuvneshwar Kumar 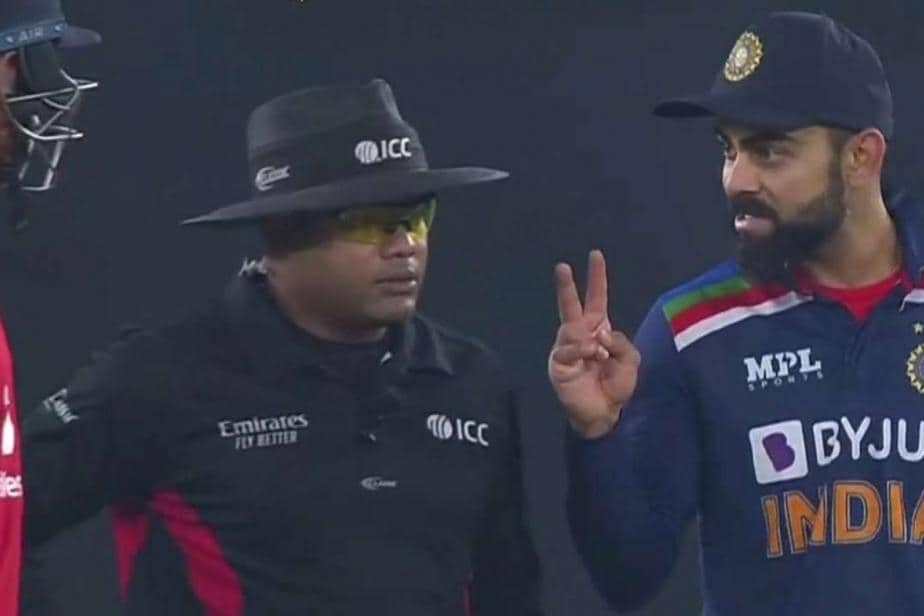 India skipper Virat Kohli is one of the few players in the team, who expresses his emotions on the field. The match on Saturday against England was another occasion where he was all pumped up with the way his players fought on the field. In fact, there was a heated exchange between him and batsman Jos Buttler, when the latter got out to a delivery by India pacer Bhuvneshwar Kumar.

Prior to Buttler’s fall, England were in total control while chasing 225, having scored 130/1 in 12.5 overs. He was being ably supported by Dawid Malan. But after the dismissal, both Kohli and Buttler were seen arguing, before the batsman walked back. After the incident, Kohli was seen talking to umpire Nitin Menon.

Put in to bat, India powered to a massive 224 for 2, their best ever total against England. Rohit smashed 64 off 34, Kohli made 80* off 52 while Hardik Pandya (39* off 17) and Suryakumar Yadav (32 off 17) played useful cameos. In reply, Jos Buttler and Dawid Malan made half-centuries for England but they managed only 188 for 8.

Bhuvneshwar bowled a sensational spell of 4-0-15-2 with 17 dot balls to give India the win in a high scoring game. Shardul Thakur picked up three wickets.

Jofra Archer and Mark Wood had troubled the Indians with their extra pace in earlier games but Rohit and Kohli sent them to the cleaners on way to their 94-run stand.The other major contributions came from Suryakumar Yadav (32 off 17 balls) and Hardik Pandya (39 not out off 17 balls).

The hosts hammered 67 runs in the last five overs to give the innings a perfect finish.

Barring Ben Stokes and Adil Rashid, all England bowlers leaked more than 10 runs per over with Chris Jordan (0/57) being the most expensive.