Back to News18
Home » Cricket Home » News » India vs England: Who After Ashwin and Jadeja? England Series Could Give a Sneak Peek Into India's Spin Strength

The England series could give India the first opportunity in a long time to test their next set of spinners. 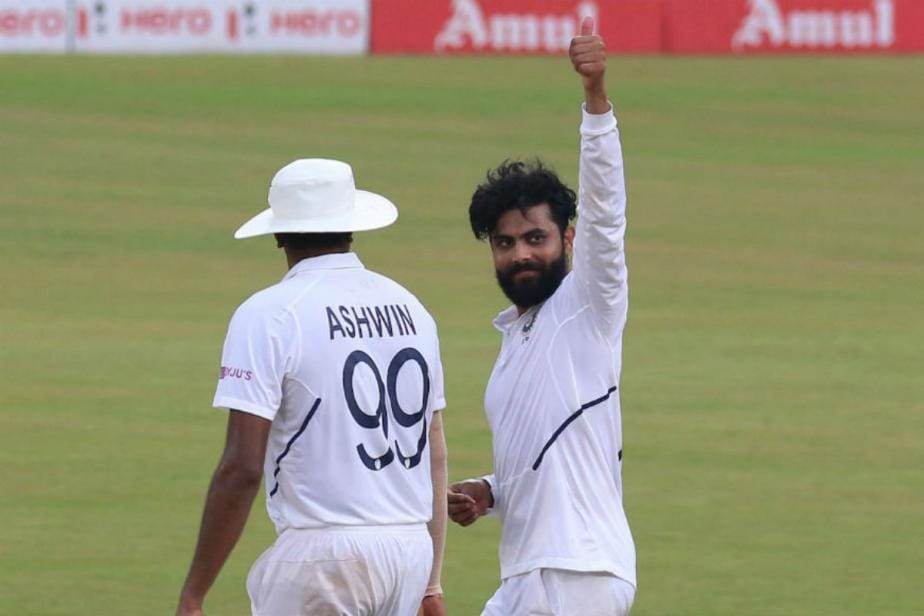 India's tour of Australia gave us a sneak peak into the future of the Indian bowling group, particularly in the pace department. By the time the series went to Brisbane, the entire class of fast bowlers that had led India to a series win in 2018-19 were out with injuries. No Jasprit Bumrah, no Mohammed Shami, no Ishant Sharma, no Umesh Yadav.

Given the young age of the bowling group, it's now safe to say India have a talented and potent pool of pacers. Almost like a problem of plenty when everyone is fit.

India vs England: Despite Grass Cover, Chennai Pitch Likely to Be Slow in Nature

But what about the spin department? There's of course no hurry given R Ashwin and Ravindra Jadeja, 34 and 32 years old respectively, have plenty of cricket left in them. But if at all the tour of Australia has taught us anything, it's the importance of a good bench strength. And it's here that India will be keen to work on in the spin unit.

The England series could give India the first opportunity in a long time to test their next set of spinners. Jadeja is out with injury, and although Ashwin is around, he'll need at least one partner to share his load in the four-match series.

Currently, the partners he has in the squad are Washington Sundar, Kuldeep Yadav and Axar Patel, with Shahbaz Nadeem and Rahul Chahar as back ups. K Gowtham too will be with the team as a net bowler. As we've seen in the recent series, the back-up players and net bowlers could very well be in the thick of things in long series.

Such is the stability of the Indian spin duo of Ashwin and Jadeja that the third spinner in the rank - Kuldeep - has played only six matches. The only other spinners who have featured for India since 2016-17 are Nadeem (1 match) and Washington (1 match).

The batting ability of the spinners has played a role in selection too. Kuldeep, who had picked up a five-wicket haul in Sydney in 2018-19, had to watch Washington being picked ahead of him in Brisbane this time as the latter was an all-rounder. Kuldeep is now all set to get his chance in the England Tests, as Ajinkya Rahane said after the series, and it's up to him to make use of it.

It's the third spinner's slot that will see some competition. Both Axar and Washington have benefited from being all-rounders, and have thus been able to sort of 'jump the system'. India now have a process in place; Ranji Trophy to India A to India. If one strictly observes that route, neither Axar nor Washington could claim to be the first choices for that slot.

Neither of them has taken the India A route in the multi-day format. Washington had played only 12 first-class matches prior to Brisbane. Axar has only 39 first-class matches overall. But such was Washington's impact on debut that there's no way he can be left out. And Axar is a like-for-like replacement, at least in style if not substance, for Jadeja. Axar did pick up 27 wickets in six matches for Gujarat in the 2019-20 Ranji season, and overall has 134 wickets and 1665 first-class runs.

Ironically, the spinners who have been hitting the doors through the India A set up are in the stand-bys: Nadeem and Chahar. Nadeem is the most experienced of the lot, with 443 first-class wickets, 83 of them for India A. Gowtham too is with the squad as a net bowler. The other spinners who have been with India A through the last few years are Mayank Markande, Jayant Yadav and Jalaj Saxena, while Vidarbha's Aditya Sarwate too has played a game.

In short, is there a dearth of quality options?

"Everything is a perception. Ten years ago, people were saying the same about our fast bowling department," Ashwin said when asked the question in an interaction with New Indian Express, The Hindu, Deccan Chronicle and Times of India. "15 years ago, we were talking the same about our batting department. Once the greats go, what will we do for our next batting reserves? With all due respect to all the legends of the game and the great ones who are still playing in various formats, this will not be the be-all and end-all.

"We are a country of 1.4 billion people and when so many people are mad... there will be players who will emerge. I feel a lot of wickets and the way spinners are being dealt with in first-class cricket is not giving the sort of comfort to spinners. When I came through the first-class ranks, my first captain was S Badrinath and coach was (WV) Raman. The learning I had under them is not the same for spinners coming right now. I was having a chat with Wasim Jaffer and Amol Muzumdar and that’s one of the reasons. Another thing is the amount of grass and the number of wickets the seamers take... games that finish in the first two days with seamers taking a lot of wickets to throw spinners off guard.

"Spinners are someone who emerge because they do a lot of repetition and get a lot of games in FC cricket. If you are taking that away from the spinners and look at them as a T20 commodity, that’s where you will finish them. I feel there are talents but the way they are dealt with in first-class cricket is not the same as the privilege I had of being mentored by my captain and coach."

The Australia tour was about the next-gen pacers. India will be glad if they find even one next-gen spinner at the end of the four Tests against England.