Yuzvendra Chahal had a forgettable outing against England as he ended with the most expensive spell by an Indian in World Cups. 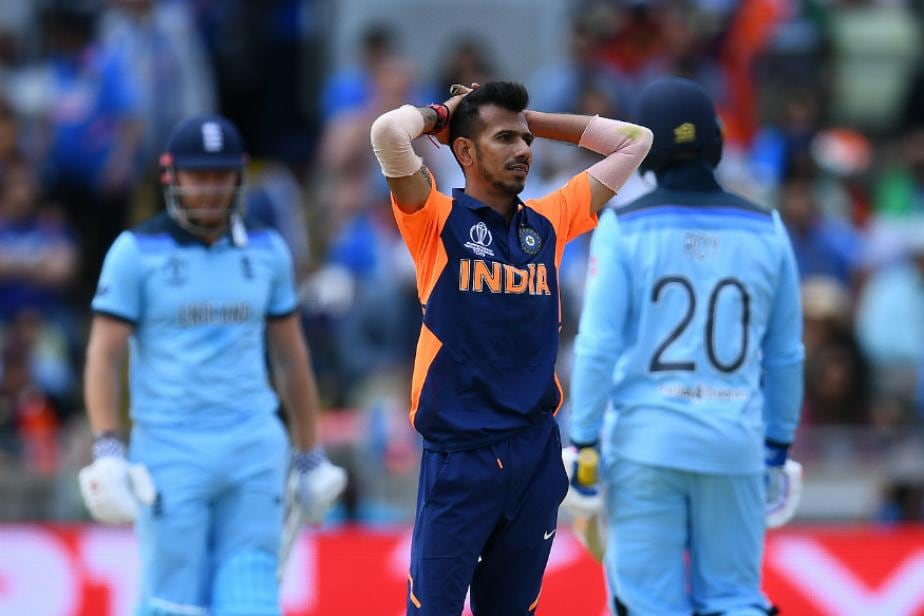 Yuzvendra Chahal had a forgettable outing against England as he ended with the most expensive spell by an Indian in World Cups. Chahal conceded 88 runs in his 10 overs without picking a wicket, which are also his worst figures in ODIs.

Javagal Srinath had conceded 87 runs in the World Cup final in Johannesburg against Australia in 2003.

With Jason Roy and Jonny Bairstow known to struggle against leg-spin, India brought on Chahal as early as the sixth over. He bowled two overs in the first Power Play conceding 16 runs.

Chahal came back on in the 12th over but Bairstow took a liking to him in his second spell. The opener hit him for four sixes in four overs, with Chahal conceding 35 runs in the second spell.

Chahal had one silent over in the middle but came back on towards the latter stages where he was punished by Ben Stokes. Stokes hit with the turn and also against it, playing an audacious reverse-sweep that sailed over the sweeper cover boundary. Chahal ended conceding 35 runs in his last spell.

Chahal's spin partner Kuldeep Yadav too had an off-day, conceding 72 runs in his 10 overs picking up the wicket of Roy.