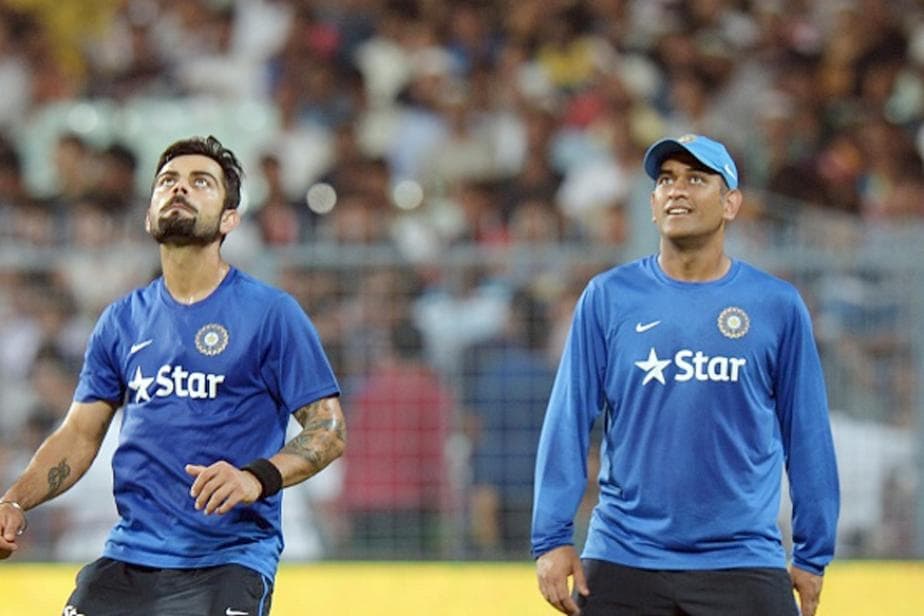 Dhoni's return to form would be a dangerous signal for the Kiwis, who are desperate to prove a point after their 0-3 whitewash in the Test series.

Ranchi: Rediscovering himself in the twilight of his career, a rejuvenated Mahendra Singh Dhoni would look to continue his regained form and guide India to a series-clinching win when the team takes on New Zealand in the fourth ODI.

A batsman, wicketkeeper, and a cool-headed skipper, all rolled into one, Dhoni promoted himself to No.4 in the last ODI in Mohali and set up the seven-wicket win in the company of Virat Kohli to give the hosts a 2-1 lead in the five-match series.

The limited-overs captain and Ranchi's favourite son may be seen in his last appearance at the Jharkhand State Cricket Association Stadium Complex here which has hosted three ODIs and one T20I, with India winning all of them except for a rain-marred one-dayer.

Dhoni's deputy, Kohli, will also look forward to return to the venue where he has scores of 77 not out and 139 not out in his two unconquered ODI innings here.

Regarded among the best batsmen of modern era, Kohli once again showed how dangerous he can be after being dropped early in his innings in Mohali. He came on his own after the reprieve on six and scripted a flawless 154 not out off 134 balls to take India past New Zealand's 285 in the third ODI.

It was Kohli's 26th century -- 22 in winning cause, same as Sachin Tendulkar -- and 14 in successful chases.

In their decisive 151-run third wicket partnership, Dhoni showed a renewed optimism and hunger while Kohli was at his clinical best.

To say that Dhoni has past his prime would be too early but the 35-year-old has himself acknowledged his diminishing prowess in Mohali, something that prompted him to elevate himself to No.4 in the batting line-up.

"To some extent I am losing my ability to freely rotate in the middle. If it keeps on happening for a long time, tendency is you don't fluently rotate strike and that was what was happening with my batting," he had said.

Back home where it all began for Dhoni, it will be an emotional match for the Indian skipper, who has won every ICC trophy and he would look to make the outing a memorable one.

Dhoni's return to form would be a dangerous signal for the Kiwis, who are desperate to prove a point after their 0-3 whitewash in the Test series.

Despite opting to rest their three premier bowlers in the Tests -- Ravichandran Ashwin, Mohammad Shami and Ravindra Jadeja keeping in view the gruelling home season ahead -- India have done reasonably well in the bowling department.

The biggest surprise has been part-time off-spinner Kedar Jadhav, who has taken six wickets at less than eight runs an over, and is joint second in the wicket-takers' list behind leg-spinner Amit Mishra.

Having got a lucky break following Suresh Raina's fitness issues, the 31-year-old Jadhav is grabbing the opportunity with both hands.

An explosive batsman, Jadhav, who scored a 37-ball 41 in New Delhi, can give Dhoni a good option ahead of the next year's Champions Trophy by becoming the utility player that the skipper is looking for.

Then there is Hardik Pandya, who has impressed with both bat and bowl in his debut ODI series.

Making his debut in Dharamshala, Pandya bowled with pace and accuracy en route a match-winning 3/31 while in New Delhi he nearly pulled off an tough chase before being Dismissed for 36 from 32 balls.

But going into the fourth match, India's biggest concern would be the opening duo of Rohit Sharma and Ajinkya Rahane, who are yet to give the team an explosive start. In the last three ODIs their partnership has yielded 49, 21 and 13 runs respectively.

The Indian team management would be looking towards Rohit and Rahane to forge a partnership upfront to release extra pressure on the middle-order.

Rahane himself would be eager to make a big score and cement his place in the opening slot in the absence of Shikhar Dhawan and KL Rahul.

On the other hand, it is a must-win match for New Zealand to keep their hopes alive in the series and for that to happen their batsmen need to fire in unison.

Barring Tom Latham and captain Kane Williamson, no other Kiwi batsmen has been among the runs.

Senior pros Martin Guptill and Ross Taylor are enduring a forgettable series with the bat and it's high time the duo fires for New Zealand to end the tour on a positive note.

The contribution from the lower-order has been a positive aspect for New Zealand in the series so far.

In the last ODI in Mohali, the Black Caps revived their innings with a lower-order surge between James Neesham (57) and Matt Henry (39 not out) in an 84-run record ninth wicket stand to take their total to 285.

In the remaining two games, Williamson would be hoping that his top-order lays the foundation for the lower-order to fire on flat Indian tracks, which are full of runs.