India vs New Zealand 4th T20I on January 24 (Friday) will be broadcast on the Star Sports Network and live streaming will be available on Hotstar. The match will be played in Wellington and will begin at 12:20 HRS IST. You can also follow all the action on our live blog (IND vs NZ). 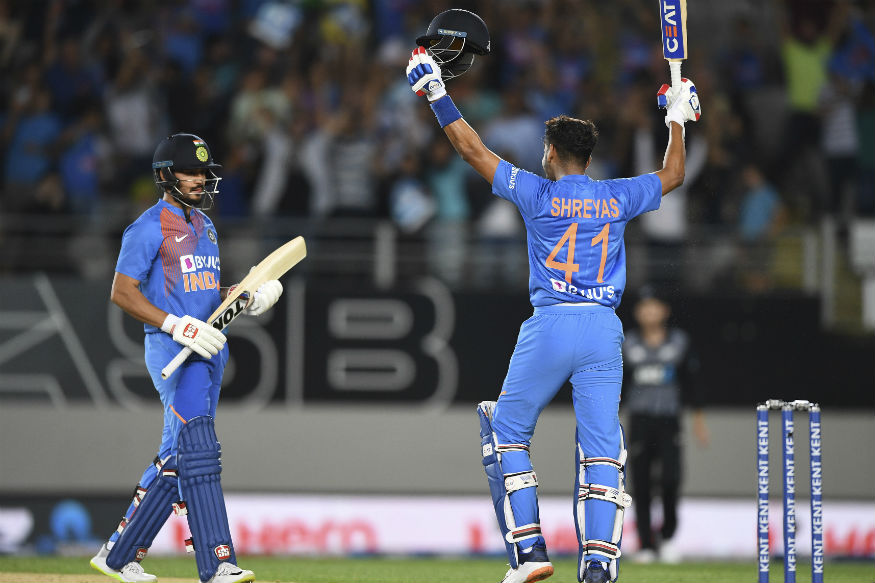 India vs New Zealand 4th T20I on January 24 (Friday) will be broadcast on the Star Sports Network and live streaming will be available on Hotstar. The match will be played in Wellington and will begin at 12:20 HRS IST. You can also follow all the action on our live blog (IND vs NZ).

The T20I series against New Zealand done and dusted with the thrilling Super Over win in the third game in Hamilton, India will look to test their bench in the upcoming two matches, beginning with the fourth one in Wellington.

Virat Kohli mentioned at Hamilton that the likes of Washington Sundar and Navdeep Saini could be in the reckoning for places in the fourth match, thus expect a few changes from the Indian side.

India can afford to do that too, for they're on a roll with three victories in three matches in New Zealand. The first one was a tightly contested high-scoring game, the second was a one-sided affair, while the third was as thrilling as it gets.

India stuck to the same XI through the three matches, and almost every one of them got a good performance in. India's challenge now is to maintain the momentum even while changing their winning combination.

The one likely to make way for Saini would be Shardul Thakur, while Yuzvendra Chahal or Shivam Dube could move out for Washington. Mohammed Shami's brilliant final over on Wednesday would mean he stays on, while Jasprit Bumrah is always going to be the number one pacer although he was costly in the third match. Unless India decide to manage his workload, since he's a part of all formats, Bumrah should feature in the XI.

India's batting has been on a roll, with nearly everyone chipping in. Rohit Sharma failed in the first two matches but came back with a bang in the third game, smashing 65 off 40 in the actual match before hitting two sixes in the final two balls of the Super Over to seal a thrilling win.

India could also look at one of Sanju Samson and Rishabh Pant, perhaps giving Shreyas Iyer a break. Iyer has done enough to seal a middle order spot for the longer run, and India might use the opportunity to give more game time to Manish Pandey.

Both teams spent Thursday travelling from Hamilton to Wellington, and with a similar tight schedule for the final game of the series as well, there seems to be little chance of nets for either match.

For New Zealand, there is a straightforward change coming up. Colin de Grandhomme is no longer with the squad, giving up his spot for batsman Tom Bruce.

This could be an easy swap for the hosts given that they have been light in the middle order during the past three matches.

There is also a school of thought that Kane Williamson should move up top. Given his batting master class in the Hamilton T20I, there is potential for him to open the innings with Martin Guptill with Colin Munro sliding down.

Mitchell Santner was promoted on Wednesday night to add more momentum to the innings, and it remains to be seen if it was a one-off ploy or something the Black Caps could consider experimenting with.