India vs New Zealand: Hosts Aim to Clinch Series Against Kiwis at Vizag

After a disappointing tour so far, the visitors are now looking desperate for success in at least one leg of the tour. 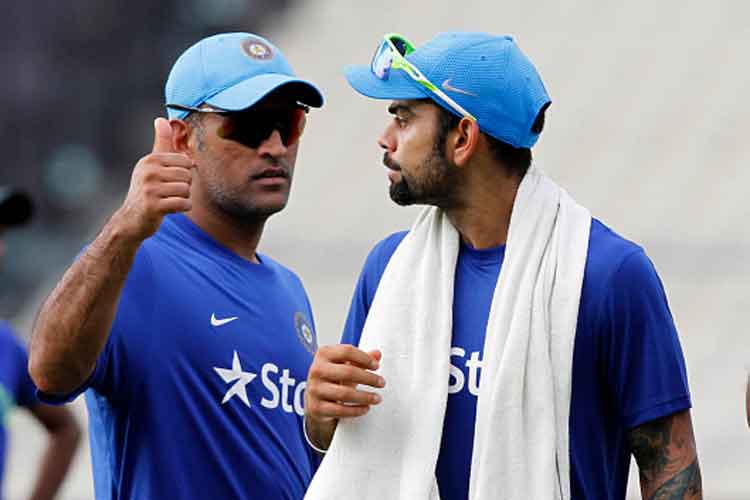 Visakhapatnam: With the One-Day International cricket series between India and New Zealand squared at 2-2, skipper Mahendra Singh Dhoni will be looking for a resounding victory to clinch the series in the fifth and final game here today.

Going into the crucial summit clash at ACA-VDCA cricket stadium, the home side holds the advantage against the Kiwis as it has a much more experienced pool of cricketers.

At the start of the series, India were to play a total of eight ODIs -- five against New Zealand and three against England -- so the Indian squad will also look to get their combination right before the Champions Trophy next year.

But the Indian plans could fail to fructify if rain -- forecast for the next four days -- plays spoil-sport. The weather office has forecast light to moderate rainfall at many places over coastal Andhra Pradesh during the period October 28 to 31.

The main concern for Dhoni, meanwhile, is the inconsistent batting, as his batsmen have not fired on all cylinders so far. Apart from Virat Kohli (293 runs in four matches) and to some extent Ajinkya Rahane (113 runs), no other batsmen performed under the demanding situations.

Dhoni will also hope that Manish Pandey and Kedar Jadhav will make the opportunity count after floundering in the previous matches.

India also have a relatively inexperienced pace bowling attack but the bowlers have exceeded expectations and the Anil Kumble-coached team will have high hopes again from seasoned leg-spinner Amit Mishra.

The Haryana bowler has been in fine form, taking 10 wickets in four matches, and with off-spinner Kedar, they have managed to control the run flow.

On the other hand, after sweeping India in the Second and Fourth ODI, New Zealand appear to be in fine fettle inspired by stellar performances by skipper Kane Williamson and opener Martin Guptill -- the latter scored his only second fifty on this tour in the fourth ODI in Ranchi.

After a disappointing tour so far, the visitors are now looking desperate for success in at least one leg of the tour.

On a neutral wicket, the Kiwi bowlers who have impressed so far with their disciplined bowling will be looking to extract some turn. New Zealand opener Tom Latham has also said that the Visakhapatnam wicket is devoid of grass, which means it might offer turn.

New Zealand will also bank on their experience and the momentum which they got after winning two ODIs. They can still clinch this series if their middle-order, including veteran batsman Ross Taylor, clicks in the crucial summit clash.

The visiting team will rely on pacers Trent Boult and Tim Southee and offie Mitchell Santner to keep check on the home batsmen.