New Zealand spinner Ish Sodhi respect India for its willingness to share the knowledge bank with anyone who cares to approach them. 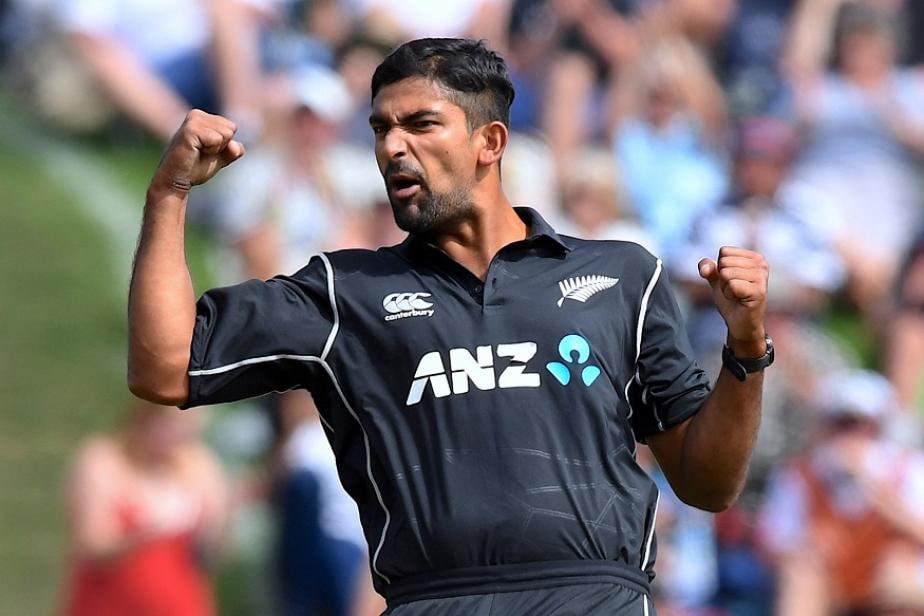 New Zealand spinner Ish Sodhi is in awe of the "crazy" skills that Indian cricketers possess and what has added to the respect he has for Virat Kohli's side is its willingness to share the knowledge bank with anyone who cares to approach them.

The 27-year-old Ludhiana-born wrist spinner has been speaking to the likes of Ravichandran Ashwin, Ravindra Jadeja and Yuzvendra Chahal, who he considers a friend.

"You start off with respect and want to tap into their brains. These are all very helpful guys more than willing to share their experiences," Sodhi told PTI during an interview.

"Chahal is a great person to tap into. He is completely a different bowler, big hearted. It is great to rub shoulders with these guys and listen to their experiences," he added.

Sodhi said he is enamoured by Ashwin's range of tricks and Jadeja's work ethic.

"I was speaking to Jadeja the other day about how he goes on with his training. Talking to Ashwin about the carrom ball and the googly he bowls despite being an off-spinner. It's crazy," Sodhi, who has played 17 Tests, 32 ODIs and 45 T20 Internationals, said.

But it's not just the Indian spinners that he interacts with, Sodhi also tries to understand a big-hitter like Rishabh Pant's mindset when he goes after spinners.

"Like Rishabh, who is one of the most destructive hitters of spin. I would ask him what are the lengths that are hardest to hit. I have never seen someone with that kind of reach when he is attacking the spinners," said Sodhi.

Virat Kohli has, in the past, been dismissed a number of times by leg-spinners but Sodhi doesn't find any distinct weakness in the Indian captain's game.

"Even though leg spinners get him out, he scores a lot of runs off them as well. Virat is a batsman you need to constantly attack or else he puts the pressure back on you. You need to come up with plans and be really courageous while bowling to him," said Sodhi.

Although he is only 27, Sodhi will be seen in a new role of spin consultant for IPL franchise Rajasthan Royals apart from learning about the financial and operational side of franchise management.

"It's a challenging role and the one that I am looking forward to. My main role will be that of spin consultant and devise plans for the spinners. Try and give them advice about some of the overseas players they haven't played before," Sodhi spoke about his role.

In fact, as spin consultant, one of Sodhi's go to mantras would be what Shane Warne told him during an IPL.

"The biggest thing he told me was to stay calm and relaxed as I approached the crease so that I could create a nice base and spin the ball from there," he recalled.

"In T20 cricket, you can lose that as you try to bowl fast. Most of the time, you don't have a base to go up and over the ball a number of times. (Will be) trying to use those old tips that I got from him," he said.

On the other hand, the interest in operational side was due to his urge to have a professional degree in finance which wasn't possible due to his cricketing commitments.

"I wanted to study finance. When the offer to become spin consultant came along, the senior staff of the franchise told me that they will guide in matters of finance and operations," he said.

While he is not part of the New Zealand squad for the first Test against India, he provided his insights on what would be the spinners' role at the Basin Reserve in Wellington, which will host the first Test starting Friday.

"Spinners would need to keep the stumps in play (bowl the stump line). In NZ, even for those who turn the ball away from right handers, LBW is the mode of dismissal. Keeping it nice and straight. You have to be smart with your fields for Indian batsmen.

"You need to have people at the boundary as these are guys who are very good at picking the length."

The second Test at Christchurch could be challenging for the Indians, opined Sodhi.

"Hagley Oval is supposed to be quickest in our country. One of the bounciest as well. With a bit of grass cover, it could be quite challenging if seam bowlers get it right. It will be old fashioned Test cricket, a battle of attrition," he concluded.