India vs New Zealand, 3rd ODI, Highlights: As it Happened

VIRAT KOHLI: The games were not as bad as the scoreline suggests. But the way we fielded and bowled, the composure wasn't enough to win games. Didn't deserve to be on the winning side this series. Haven't played so badly, but we didn't grab opportunities. They played with lot more intensity than we did. They deservedly won 3-0. We are excited for the Test series. We now have a balanced team and need to step out on the park with the right kind of mindset.

NZ WIN: And that's it. New Zealand have won the match in the most comfortable fashion by five wickets. Kiwis win the match and series 3-0.

FIFTY: de Grandhomme brings up his fifty in just 21 balls and what a match-changing innings this has been from the all-rounder.

Another over for Shardul. He has been leaking away runs. And does that once again, as de Grandhomme starts the over with another boundary. New Zealand move to 282/5.

New Zealand are cruising at the moment. They are scoring boundaries at will. de Grandhomme has changed the match completely. It's 267/5.

FOUR, SIX: This match is slipping out of India's grips. de Grandhomme hits a four and six off Thakur and Kiwis are moving closer to a win. It's 255/5.

Chahal into his final over. And he has been pulled for a big six by De Grandhomme. This is not looking good for the Indians at the moment. After 42 overs it's 240/5.

OUT: Chahal comes back for his last two overs. And he has produced a much-needed wicket for India. Neesham goes for a drive but ends up giving a simple catch to Kohli. New Zealand are 220/5.

Bumrah comes back into the attack now. He needs to deliver here for his team. He hasn't been at his best in this series but would like to change that around. After 39 overs it's 218/4.

FOUR: Neesham has been batting sensibly well. He cuts Saini for a four. Indians can only win this match by getting wickets. After 37 overs the score has moved to 215/4.

Jadeja starts another over. Latham and Neesham are forging a little partnership here. Another over comes to an end and New Zealand are  207/4 in 36 overs.

Neesham breaks the shackles with a six off Thakur. Slapped a short and wide ball over point. New Zealand 199 for 4 in 35. 98 needed off 90 now.

WICKET! Shardul Thakur gets Nicholls. Short ball outside off, Nicholls went for the cut and edged it to KL Rahul. Another big wicket, India keep fighting. Pressure on New Zealand now with two new batsmen in. 189/4 in 33rd.

WICKET! Huge one for Jadeja, gets Ross Taylor. Flighted ball, Taylor gently chips it to extra cover. Soft dismissal that, Taylor is gone for 12. That's the first time he has been dismissed this series. 186/3 in 31.5

Shardul Thakur returns to the attack. Ross Taylor is settling in. Remember, he's not been dismissed this series yet. NZ 180/2 in 31.

Another expensive over from Saini, 11 from his 6th over. He has already conceded 51 runs. New Zealand 170 for 2, with Nicholls finding the boundary twice in the 29th over.

WICKET! Chahal with the breakthrough again, gets Williamson. Big wicket that. Not a great ball - short and straight, Williamson goes back and whips it straight to mid wicket. NZ 159/2 in 27.1

An expensive over that from Saini, including two no balls. One of which was an umpiring error though. 10 runs from the 27th over, New Zealand 159 fof 1. India need another breakthrough.

Half-way through the overs, New Zealand are 144 for 1. Bumrah is bowling with Chahal, but the ace pacer has not yet for a wicket. He's bowled 6 overs already. In fact, he hasn't got a wicket this entrie series. 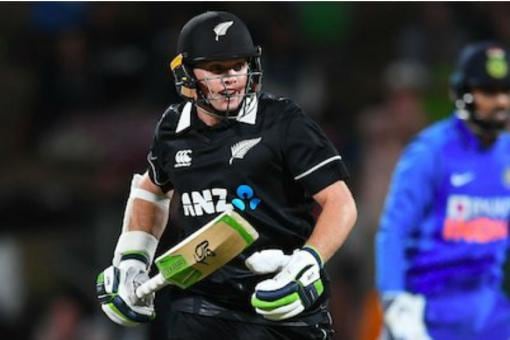 Preview: A 3-0 sweep will be on New Zealand's minds while India will look to salvage some pride in the third and final One-Day International at Bay Oval in Tauranga on Tuesday.

India began the tour with a 5-0 sweep in the T20I series, and New Zealand have hit back winning the first two ODIs. A win at the Bay Oval will taste sweet, especially after the T20I debacle.

It was New Zealand's batsmen who set up victory in the first match, helping them chase 348 by four wickets. In the next game, their bowlers helped defend a moderate total of 273/8. New Zealand have now won their last three ODIs against India, including the semifinal of the World Cup last year.

New Zealand have issues with illnesses in their squad, especially the bowling unit. Trent Boult, Matt Henry and Lockie Ferguson do not feature in the series, and Kane Williamson did not play the first two matches with injury. His participation in the third match will depend on a fitness test on the eve of the game.

Apart from these players, New Zealand were also without Mitchell Santner and Scott Kuggeleijn for the second game as both were down with illness. Tim Southee was not 100% well too, but played the game in Auckland and returned 2/41 in 10 overs. They were in such a bad state that assistant coach Luke Ronchi had to chip in as substitute fielder. New Zealand have called up Ish Sodhi and Blair Tickner to their squad ahead of the final match.

New Zealand will be pleased with the form of Ross Taylor, who has scores of 109* and 73* in the two games. Martin Guptill and stand-in captain Tom Latham have a half-century each. Seamer Kyle Jamieson chipped in with bat and ball on debut in Auckland, which will please New Zealand too.

Following the loss in Auckland, India captain Virat Kohli said ODIs are not as relevant as Tests or T20Is this year. With no ICC tournament in the format till 2023, India will be keen on experimenting with their squad. Kohli hinted at changes for the final game, which means those in the bench might be given a go.

Those players could be at least one of Rishabh Pant or Manish Pandey, with Kedar Jadhav likely to make way. Jadhav made 9 off 27 in Auckland and voices against his place in the side are growing louder.

Prithvi Shaw and Mayank Agarwal, who have got rare opportunities at the top of the order, did not click in the first two matches and will be eager to make a mark before the regulars return to their spots. Kohli has scores of 51 and 15, and will be itching for a big one. Shreyas Iyer and KL Rahul have been in fine form, while Ravindra Jadeja and even Navdeep Saini made useful runs in the lower order last game.

India will also want Jasprit Bumrah to be back to his best. He went for 64 in his 10 overs last match, and is yet to take a wicket this series. That's a rarity for a bowler of his stature. Unless Jadhav or Shivam Dube play, India will have only five bowlers in their line up, which means they have to step up.

The weather is set to be clear, and the pitch should be another good one for batting.