India and New Zealand will clash in the final of the inaugural World Test Championship in England in June. There are several fine players in both the teams capable of winning the match for their teams single-handedly. We look at the three key battles within the larger contest - the battles which could potentially decide the outcome of the historic final. 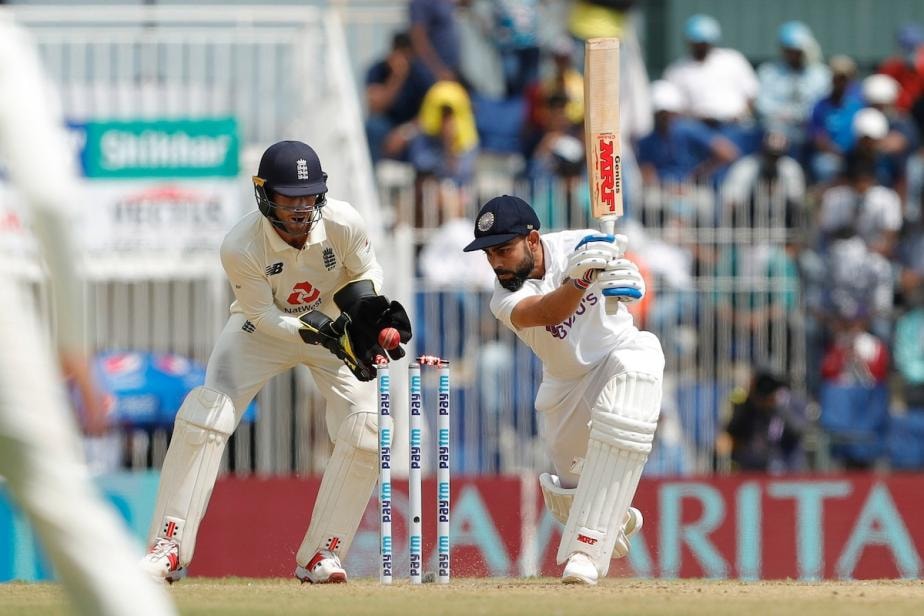 India and New Zealand will clash in the final of the inaugural World Test Championship in England in June. While the overall record between the two teams favours India, it was New Zealand who were victorious 2-0 in the last series between the two teams in early 2020. India would want to set the record straight at a world event especially after bowling out in the semi-final of the 2019 World Cup to New Zealand in the same country.

India vs England 2021: From Rohit’s Hundred to Root’s Dismissal in Pink Ball Test to the Pant-Sundar Partnership – India’s Fightback Moments in the Series

There are several fine players in both the teams capable of winning the match for their teams single-handedly. We look at the finer battles within the larger contest – the battles which could potentially decide the outcome of the historic final.

Rohit has an aggregate of 1030 runs in 11 Tests (17 innings) at an average of 64.37 in the WTC. No Indian batsman has registered more hundreds than Rohit’s 4 in the Championship. His 161 against England in Chennai is being hailed as one of the greatest hundreds by an Indian batsman in home conditions. Rohit was injured for the Test leg of the New Zealand tour in 2020 and would be looking to provide India the starts that they were devoid of in the 2-0 defeat.

It will not be easy against the left-arm fast and swinging bowling of Trent Boult. He will take the ball away from Rohit and get the surprise delivery to come back in. If there is swing on offer in England, which is mostly the case, then Boult will become a handful to handle for the Indian opener. The left-armer has picked 34 wickets in 9 Tests at a strike rate of 59 in the World Test Championship.

Virat Kohli has not been at his dominating best since 2020 but is still one of the finest batsmen across formats in international cricket. The Indian captain could just muster 38 runs in the two Tests in New Zealand with a highest score of 19 and would like to make amends with a big performance in the final of the WTC. He would also not like to be the captain who was beaten by New Zealand in the knockouts of two world events in England. Overall Kohli has an impressive record against New Zealand with a batting average of above 51 and three hundreds.

Neil Wagner has a great record for New Zealand in Test cricket. He has picked 219 wickets in just 51 Tests and quite astonishingly, has the second-best bowling average (26.32) and strike rate (51.9) for New Zealand (min. 100 wickets) only after Sir Richard Hadlee in their Test history. Wagner has been the workhorse for New Zealand and their unsung hero. In many ways he has been a bigger match-winner for them than both Boult and Southee.

Wagner can trouble Kohli with his line and length and consistency. He will take the ball away from the right-hander and test the Indian captain outside the off stump in the corridor of uncertainty where Kohli has been dismissed several times in England. He can bowl cross seam which makes it difficult to predict the direction of his swing.

India vs England: Going to Ask Dinesh Karthik to Make Washington Sundar Bat at No.4 for State – Ravi Shastri

Kane Williamson is New Zealand’s play-maker in the middle order and their greatest batsman in Test cricket. He has been New Zealand’s highest run-getter in the WTC with 817 runs in 9 Tests at an average of 58.35 including three hundreds. His 89 in the first innings was the difference between the two sides at Wellington. He has recorded two double hundreds and another hundred in his last four Test innings.

India has to get Williamson early and their best bet would be their ace speedster Jasprit Bumrah. The fast bowler has the ability to get the ball nip back into the right-hander which can trap him leg before wicket early in his innings or get him caught behind with the one that holds onto its line and goes straight through. Bumrah had got the better of Williamson in both the innings at Christchurch and do not be surprised if he again gets his man in England!