Back to News18
Home » Cricket Home » News » India vs New Zealand: Yogi Inspired Saffron Welcome for Both Teams in Kanpur

India vs New Zealand: Yogi Inspired Saffron Welcome for Both Teams in Kanpur 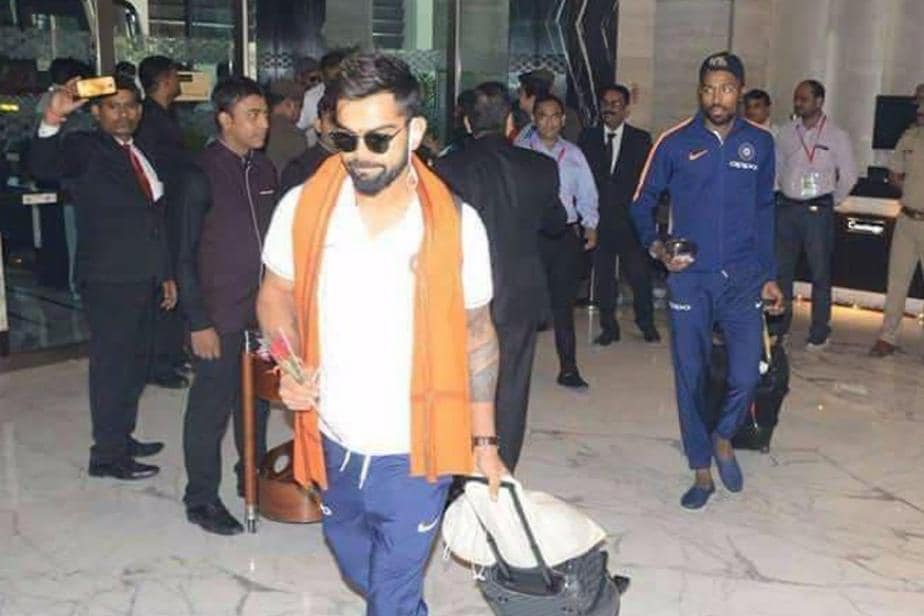 The members of Team India and New Zealand team were welcomed at the hotel with a traditional ‘aarti’ and a ‘tilak’ by the hotel staff and were also given a saffron scarf instead of flowers.

Vikas Mehrotra, managing director of the hotel said, “The plan to welcome the cricketers was inspired by chief minister Yogi Adityanath’s grand Diwali celebrations at Ayodhya. The teams are coming here in the backdrop of Diwali celebrations. The management wants to give the players a feel of real Indian tradition.”

Apart from this, to give the feel of festivity, entire hotel was lighted with more than 10,000 diyas spread all over the porch and every corner of the hotel. The tradition of presenting flowers to players has been done away with and they were presented a saffron stole, like the ‘Ram Nami dushala’.

Not just the hotel decor but tradition of cutting cake on the 10th floor of the hotel has also been replaced with a religious ritual. Earlier, before the match, the captain of the team used to cut a cake in the presence of team members as a sign of good luck.

As per the sources, around 11 to 12 school children will be staging Ramleela before the players. But will it be staged before or after the match is yet to be decided by the hotel authorities.

The children roped in for staging Ramleela are practising for more than two-weeks and are excited to stage Ramleela before the cricket teams.