Be it Fakhar Zaman’s brilliant century at the top for Pakistan or Mohammad Amir’s brilliant opening spell as he removed India opener Rohit Sharma and skipper Virat Kohli, it was Pakistan’s day for sure as they stunned all those who felt that India were favourites to defend the title. Cricketnext takes a look at the talking points from the Oval encounter.

New Delhi: Pakistan saved their best for the last as they humbled arch-rivals India by a huge margin of 180 runs to win their maiden ICC Champions Trophy title. This also completed Sarfraz Ahmed’s team’s remarkable comeback, since losing their tournament opener to the same opposition.

Be it Fakhar Zaman’s brilliant century at the top for Pakistan or Mohammad Amir’s brilliant opening spell as he removed India opener Rohit Sharma and skipper Virat Kohli, it was Pakistan’s day for sure as they stunned all those who felt that India were favourites to defend the title. Cricketnext takes a look at the talking points from the Oval encounter:

Fakhar Zaman’s Century at the top 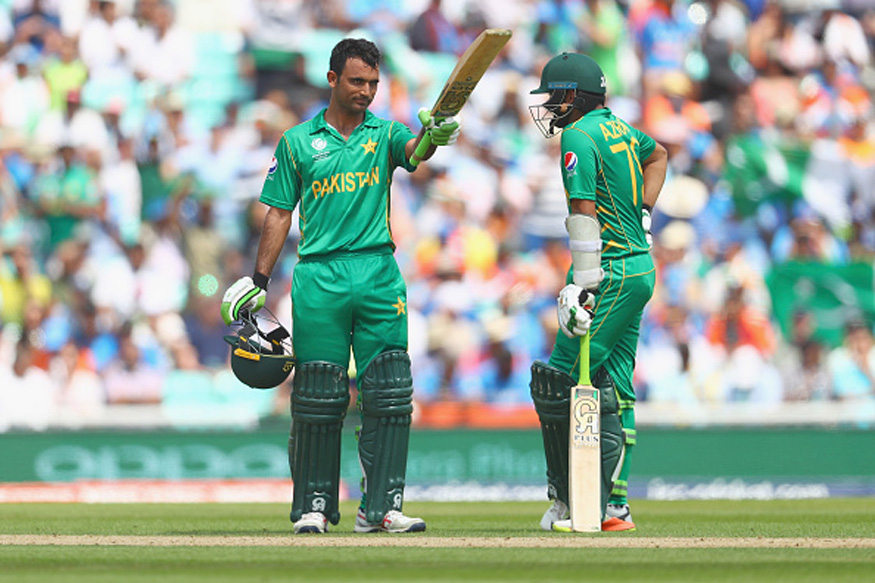 Fakhar Zaman, playing only his fourth game proved to be an absolute superstar for Pakistan as his knock of 114 setup Pakistan to pose a big total of 338. The opener, who was playing his first game against India didn’t let the nerves get to him as he attacked the Indian bowling with some swagger. He got a reprieve early on in the innings, when he was dismissed on 3 by Jasprit Bumrah, but replays showed the pacer had overstepped. After that Zaman didn’t look back, first it was a 128-run partnership with Azhar Ali, and then a 72-run partnership with Babar Azam which put Pakistan on top. He was particularly brutal on Indian spinners, smashing Jadeja for 33 runs of 23 balls and Ashwin for 45 runs from 33 balls. Zaman hit 12 fours and 3 sixes in his innings. Pacer Mohammad Amir produced a brilliant spell of bowling early on in the Indian chase. After the batsmen did their job and put on a huge total of 338 runs, Amir came out to bowl and wreaked the Indian top-order in stunning style. Amir got rid of the likes of Rohit Sharma, Virat Kohli and Shikhar Dhawan as India were reeling at 33/3 in 9 overs and couldn’t recover from there. Even before India could open their account in the chase, Amir got rid of Rohit for a duck. A brilliant in-swinger from the left-arm pacer and Rohit was caught plumb LBW. Kohli soon followed suit as an Amir delivery took a huge edge of Kohli’s bat and Shadab Khan took an easy catch fielding at point. But Amir wasn’t done there, as he then got rid of Dhawan in the 9th over of the innings. Dhawan tried to hit a ball which was outside the off stump and ended up giving away an easy catch to wicket-keeper Sarfraz Ahmed. When the spin spearhead gives away 70 runs in 10 overs in a final, the writing is already on the wall for the team and that is exactly what happened as R Ashwin had one of his worst days on the cricket field in the final at the Oval on Sunday. Fakhar Zaman started the onslaught and Ashwin could never really recover from that even as skipper Virat Kohli kept continuing with the off-spinner. Fakhar picked 45 runs off the 33 balls that the spinner bowled to him. In fact, it even brings thoughts that Umesh Yadav’s pace would have definitely come in handy on a wicket like this one. Umesh was India’s most successful bowler in the tournament opener against Pakistan at Birmingham. Also, during the course of the opening partnership between Azhar Ali and Fakhar Zaman, it was clearly evident that both batsmen had a problem with the short pitched delivery. Centurion Fakhar Zaman faced trouble hooking and pulling short pitched deliveries even at Hardik Pandya’s pace. Umesh Yadav is quite a few yards faster than Pandya and would have definitely created trouble. India had their task cut-out after Pakistan scored 338 and any chances of a thrilling chase were nipped in the bud as a charged up Mohammad Amir produced one of his finest spells against India. The left-arm paceman trapped Rohit Sharma in front of the wicket on the third delivery of the Indian innings itself as the Indian opener walked back without scoring. And India never really recovered from the early setback. Rohit and Shikhar Dhawan have been one of the best opening pairs in the tournament and even as the tide turned and it was Fakhar Zaman and Azhar Ali who hit a century-run stand, the Indian openers failed on the biggest stage. While Rohit failed to bother the scorers, Dhawan was dismissed for 21.