India will start the home leg of the World Test Championship (WTC) on Wednesday when they take on South Africa in the first of three Test matches at the ACA-VDCA Stadium in Visakhapatnam and Sachin Tendulkar believes that the concept of the Test championship makes the series all the more interesting. 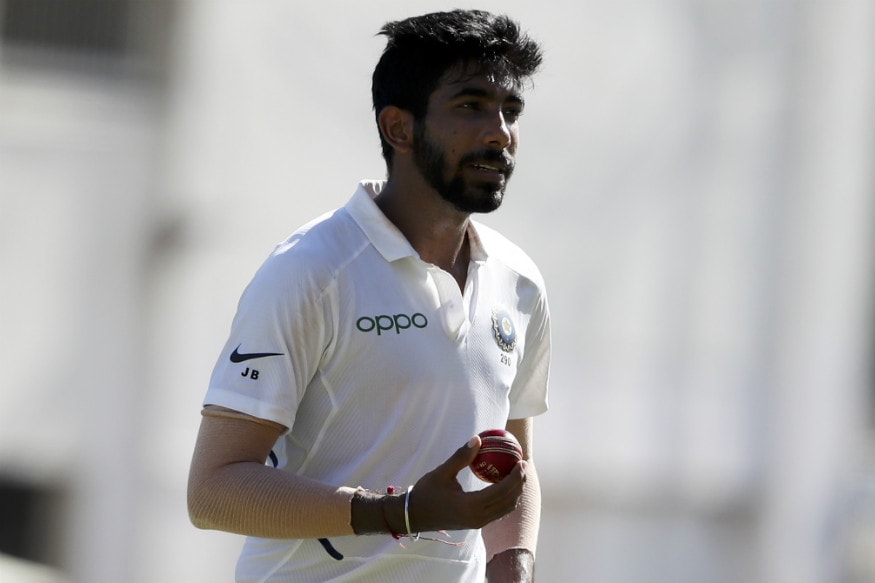 India will start the home leg of the World Test Championship (WTC) on Wednesday when they take on South Africa in the first of three Test matches at the ACA-VDCA Stadium in Visakhapatnam and Sachin Tendulkar believes that the concept of the Test championship makes the series all the more interesting.

Speaking to IANS on the eve of the first Test, Tendulkar spoke on the start of a brilliant concept like the WTC, Jasprit Bumrah's absence from the high-profile series, the advantage of having a quality left-arm seamer and how the South African bowlers will have their task cut-out against the quality Indian batting line-up.

Even as the Indian team gears up for the opening game of the Test series, they will miss their strike bowler in Bumrah. The pacer is out with a stress fracture and while Tendulkar agrees that skipper Virat Kohli will miss his services, the former skipper also believes that India have the required strength in the bowling attack to make up for Bumrah's loss.

"When it comes to Bumrah, you are surely going to miss someone of his caliber. But, I feel the Indian team does have the back-up strength as far as our fast bowling department is concerned. It looks pretty good to me and so is the spin bowling department.

"In the fast bowling department, we have got good back-up with plenty of experience now so we are in that fortunate position where even on the bench we have got very good options. We will miss Bumrah but not to the extent where if he had been playing for some other country where if you didn't have many fast bowlers, you would miss your strike bowler. When it comes to spin bowling, the combination we have has delivered for a number of years and so, I feel that our bowling should be able to create that pressure on South African batting," he explained.

While the Indian team does boast of a quality bowling attack, the team is still looking for someone to fill the boots of Zaheer Khan, and Tendulkar feels that having a left-arm seamer definitely helps to not only bring in variation, but also create rough for the spinners in the third and fourth innings of a Test match.

"I think the World Test Championship is important, more so for spectators as they would be following each and every match. I believe the last six months are going to get really exciting because many numbers will come into play. WTC means a lot to everyone and that includes cricketers also. I know cricketers will go out to win each and every match and at no stage the rubber will be dead.

"In a 3-Test series, if a team has won first two games, then there is a tendency that people don't follow sometimes and there is not as much excitement amongst spectators. But as far as cricketers are concerned, they will want to go out and win every match. What this has done is made each and every match significant, not just for cricketers, but for spectators also and that is really important for cricket," he said.

Asked about the likes of Virat Kohli promoting the longer format and making their love for Test cricket known, Tendulkar said: "When it comes to players advocating Test cricket, I feel it is wonderful thing to happen to Test cricket as I have always believed that Test cricket is the toughest format if it is played on good fair wickets. That will encourage spectators to come and watch upfront fast bowling and some great batting and then the spinners also come into play. So, they get a taste of all three aspects of cricket."

But the little maestro also feels that an eye must be kept on the wickets being prepared for the games. "I feel this WTC would have a greater meaning if the games are played on good Test cricket wickets, otherwise, as we have seen earlier, you feel stagnated and you feel that the game is not going anywhere. That becomes slightly boring to watch. But if played on good wickets, it will generate good matches for spectators," he said.

India at home have been almost invincible in recent times and the master feels that South Africa will have their task cut out, especially with the Indian bowlers putting the SG ball to great use on Indian pitches.

"This series is going to be a decent series. South Africa have very few batters who have come here and played in the longer format. So, somewhere they will have to make a lot of adjustments and change their thinking and game. There is no option but to be positive in mind. The Indian bowlers know exactly how to use the SG ball and there are stages during those 80 overs that the ball does peculiar things and that is something which our team understands very well. That is going to be a key factor as in when the ball starts moving and stopping. How long it has that zip off the surface, all that factors come into play.

"I have noticed in India it is not always the new ball which is difficult to play. Sometimes, it is the ball after the 15th over and till the 45-50th over that is the tough period to play. I think all these elements will come into play when the Indian bowlers are bowling and even when we bat, we would know how to handle the South African bowlers. Yes, I have to say there are some good bowlers (in the Proteas team) so one would have to be on their toes and build partnerships," he said.

Asked about the Indian batting, Tendulkar said that there are some brilliant guys in there and for South Africa to do well, they will have to put big runs on the board.

"We have got some terrific batters in the team where Rohit (Sharma) would be opening, Ajinkya (Rahane) will be back in the team with more surety, (Cheteshwar) Pujara is there, Virat (Kohli) is there, (Hanuma) Vihari…a number of guys are there. They will all add value and I see this series as a tough one for South Africa. A lot will depend on how many runs they put on the board. If they don't put big runs on the board, I think it is going to be tough for them," he signed off.