India vs South Africa | Rohit Will be Given Enough Space to Find His Game: Kohli

India skipper Virat Kohli on Tuesday threw his weight behind Rohit Sharma, saying his promotion to the opening slot in Tests could end up making the line-up "more lethal" and the stylish batsman will be given enough "space" to find his game in red-ball cricket. 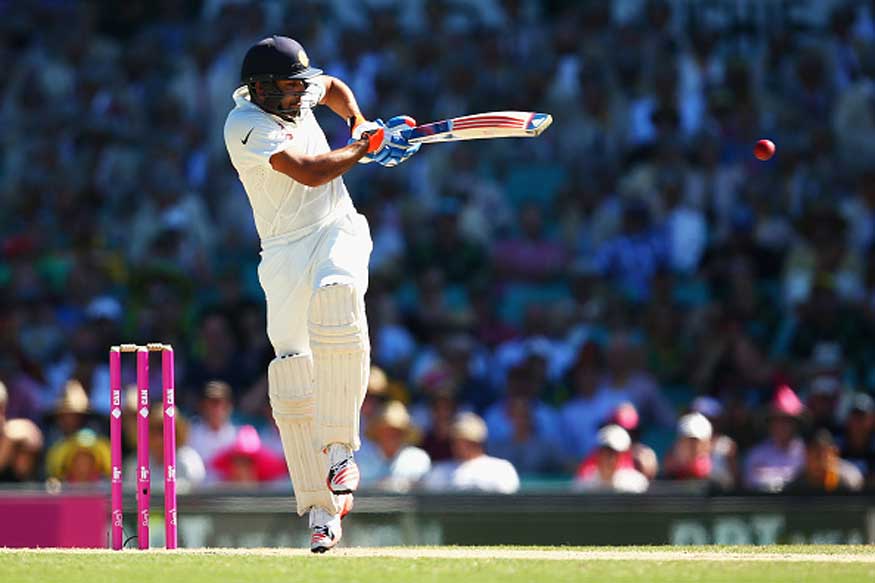 Visakhapatnam: India skipper Virat Kohli on Tuesday threw his weight behind Rohit Sharma, saying his promotion to the opening slot in Tests could end up making the line-up "more lethal" and the stylish batsman will be given enough "space" to find his game in red-ball cricket.

While Rohit is counted among the modern-day ODI greats, he has not done justice to his potential in Tests, averaging 39.62 in 27 matches. Former players, including Yuvraj Singh, praised the team management's decision to use Rohit at the top and said he should be given a long run.

"...if he does that (succeeds in the opening role), then our batting order at the top becomes more lethal. It is difficult to have a player like that to not start every time," said Kohli on the eve of the first Test against South Africa here.

"...if he comes into his own then the whole batting order looks a completely different batting order anywhere in the world," added the skipper.

Asked if the management is thinking of giving Rohit at least five to six Tests, Kohli said: "We are not looking to rush him. There is a different pattern you follow in India and different abroad. Opening is a spot where you have to give a player space to understand his own game.

"He will be given space to find his game and come into his own."

The skipper said it would be great for the team if Rohit can play the role Virender Sehwag did in his prime while insisting that the team is not looking for any specific kind of approach from the stylish batsman.

"In Test cricket I started at (number) six then came up to four. It was more of a mental thing. If you can convince yourself you can do it. Test cricket is about finding your game in different conditions.

"We are not looking at a certain kind of display of batting from Rohit. It is about him finding his game at the top. Yes, his strength is to take the game forward. Like what Viru bhai used to do for the team for a long period.

"So, it is not as if someone would have told Viru bhai to attack and get a hundred before lunch. His natural instinct took over and he could demolish attacks once he felt comfortable," he explained.

Kohli said whatever be the requirement, Rohit is experienced enough to improvise and deliver the goods for the team.

"He definitely has the ability. If the wicket is challenging and then obviously you won't see him smashing the ball, he knows what to do."

Kohli revealed that the idea of promoting Rohit from the middle order was considered long ago but could only be implemented in the current scenario after an out of form K L Rahul was dropped from the side.

"For Rohit as well, clarity of role knowing that you have to play in a certain way, is very crucial for a player and for us the communication happened long ago.

"But we could not see a situation but now there is a situation and it is an ideal time to go ahead with it because we have spoken about it. ODIs was same with him.

"He was batting in the middle order and then suddenly opening conversations happened and within 6-8 months he was opening and we all know what happened after that. If he can do what he did in ODIs, it will be great for Indian cricket."

With the World Test Championship up for grabs, Kohli said Rohit succeeding at the top will help the team hugely.

"We have given people opportunities in the past. Mayank (Agarwal) came into the syetem, KL had been there for a while, (Murali) Vijay was there for a while. So there will always be room for people to come in because of their performances.

"But we feel because we have a Test championship to look forward to and Rohit's been in the Test set up for a long time it's about providing him the opportunity and find that template that he wants to in Test cricket," he said.