Karunaratne Wants Sri Lankan Batsmen to be Aggressive Against Spinners

Opener Dimuth Karunaratne feels Sri Lankan batsmen need to play more sweep and reverse sweep shots against Indian spinners to negotiate the turn and bounce if they wish to save the ongoing second Test here. 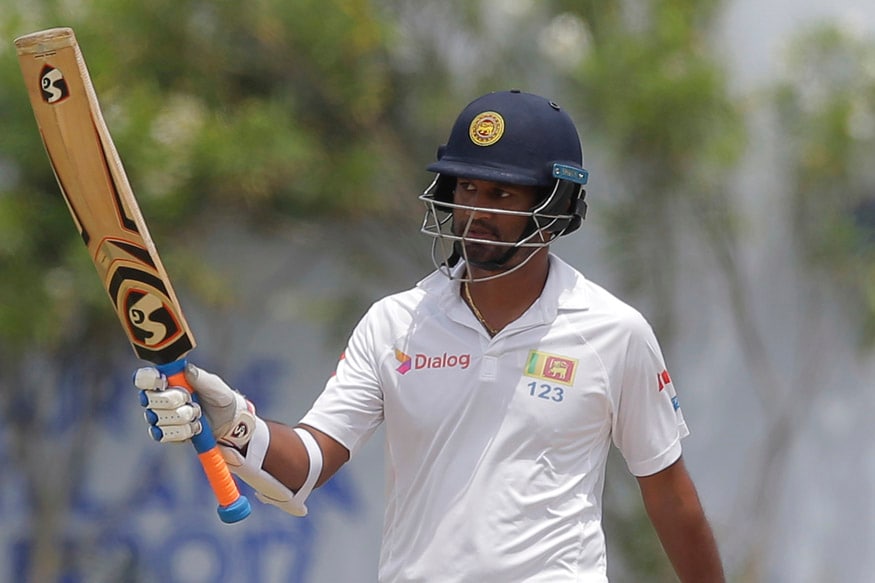 Colombo: Opener Dimuth Karunaratne feels Sri Lankan batsmen need to play more sweep and reverse sweep shots against Indian spinners to negotiate the turn and bounce if they wish to save the ongoing second Test here.

The hosts were reduced to 50 for two at stumps on the second day in response to India's 622 for nine declared in the first innings.

"You will see more turn and bounce than we were seeing on the first day. Because of the ball's hardness you will get turn and bounce. Maybe after the hardness is gone it will be easy to bat later on," said Karunaratne.

"There was help in the wicket you have to admit that. In Galle though there wasn't much in the wicket, it was the way Shikhar Dhawan batted took the game away from us. We had to go to defensive fields. We can't attack when two fours are being hit in an over. They (Indians) are very smart, when we adopt defensive approach they work the singles," he added.

Karunaratne said Sri Lankan batsmen need to be positive to score runs on this pitch.

"We all want to save the Test match. In the first 10-15 overs with the ball's hardness it is not easy to bat. After the hardness is gone I think the help is not there for the spinners," he said.

Ravichandran Ashwin was the top bowler for India as he took both the wickets of openers Upul Tharanga and Karunaratne.

Karunaratne said playing Ashwin is not easy on this wicket and Sri Lankan batsmen should try to capitalise on loose balls.

"You have to play one ball at a time. It's not easy. He's (Ashwin) a good spinner. He has variations. When I was batting I was playing for the straighter one. It's turning a lot. You can play for both the turn and straighter one," he said.

"I'm trying to play more balls from him, because if I batted a long time he will try to do something else and we can capitalise on the loose balls. That was my target when I was batting against Ashwin," Karunaratne said.