Virat Kohli's troops aren't just beating the hosts in the game of cricket but they are doing it in some style. 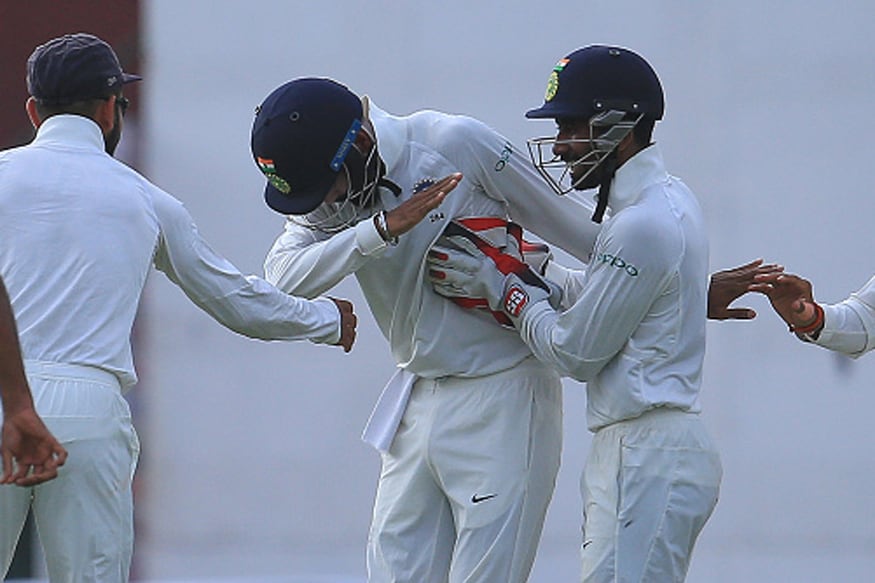 New Delhi: The Indian team is in commanding position in the second Test after they piled on 622/9d on the second day of the Colombo Test, and also took couple of Sri Lankan wickets in the final session on day 2 to show their superiority on Friday.

Virat Kohli's troops aren't just beating the hosts in the game of cricket but they are doing it in some style. After ace India spinner R Ashwin dismissed Upul Tharanga for a duck in just the second over of the innings, Kohli and Rahul couldn't help but celebrate in epic style.

Upul Thranga hit an Ashwin delivery straight at KL Rahul — who was fielding at short leg — and somehow the ball stuck in his body and he was able to get hold of it. Skipper Kohli celebrated the first scalp of the innings by doing the 'dab' with Rahul.

After India decided to declare at the team score of 622/9, ace spinner Ravichandran Ashwin struck twice to pull the match firmly in India's corner. After dismissing Tharanga, the off-spinner found the outside edge of the southpaw's bat and Ajinkya Rahane took an easy catch in the slip.

The hosts are currently miles behind India's first innings score and they will have to bat out of their skins now save this match from here on. On the other hand, the visitors will be buoyant because of the fact that track is offering so much to the spinners and Ashwin and Jadeja will come in handy as the match progresses.