India vs Sri Lanka 2021: All You Need to Know - Uncapped Players In India's Squad

There were 6 uncapped players in India's 20-man squad for the limited overs' series in Sri Lanka which starts from the 13th of July. Devdutt Padikkal was selected as a reserve opener on the back of his impressive performances in the IPL and in domestic cricket while Ruturaj Gaikwad was also named in the squad after his terrific performances for CSK in the IPL in the last two seasons.

India named a strong 20-man main squad for the six-match limited overs’ series against Sri Lanka starting in Colombo from the 13th of July. The continent will be led by veteran batsman Shikhar Dhawan while Bhuvneshwar Kumar will be his deputy. Most of the players selected are on expected lines with hardly any surprises. There were six uncapped players also named in the squad five of whom received their maiden call-ups for India – Chetan Sakariya, Devdutt Padikkal, Ruturaj Gaikwad, Nitish Rana and K Gowtham were all called for national duty for the very first time while Varun Chakravarthy was picked for the third time since IPL 2020.

Devdutt Padikkal rose to national prominence when he outscored both AB de Villiers and Virat Kohli in IPL 2020 in the UAE in what was his maiden season in the coveted league. He aggregated 473 runs in 15 matches and largely played the role of the accumulator for the Challengers. He continued in the same vein in the 2021 Vijay Hazare Trophy amassing 737 runs in just 7 innings with four hundreds. IPL 2021 saw a new dimension to his batting – Padikkal the destructive batsman unleashed himself smashing an undefeated 101 off just balls against the Royals in Mumbai. He had played as aggressor in the 2019-20 season of the Syed Mushtaq Ali Trophy and was not only the leading run-getter of the tournament with 580 runs in 12 matches but also struck at a rate of 175.75 including a hundred and five fifties.

Ruturaj Gaikwad was one of the stars for Chennai Super Kings in their worst ever IPL campaign in 2020 in the UAE – he topped the batting averages chart for CSK scoring 204 runs in 6 matches with 3 fifties. He took his batting to a higher level in IPL 2021 and formed a match-winning partnership with Faf du Plessis at the top of the order. He aggregated 196 runs in 7 matches at a strike rate of almost 130 with two fifties. He gave a Player of the Match performance against the Sunrisers with 75 off 44 deliveries setting up the chase for CSK.

Gaikwad has an excellent LIST-A record for Maharashtra scoring 2681 runs in just 58 innings at an average of 47.87 and strike rate of almost 98 with 7 hundreds and 16 fifties. His most outstanding knock in the format came for India A when he smashed an unbeaten 187 off just 136 deliveries against Sri Lanka A in Belgaum. The mystery spinner rose to the limelight during the 2020 edition of the IPL when he left behind other bigger names in KKR and topped the wickets-chart for the franchise in the UAE. Chakravarthy returned with 17 wickets in 13 matches at an economy rate of just 6.84 which meant that not only was he a lethal wicket-taker during the season but also very restrictive. The architect-turned cricketer first made headlines in the IPL Auctions in December 2018, where from a base price of INR 20 lakhs he was bought by Kings XI Punjab (now Punjab Kings) for a stunning INR 8.4 crore.

Chakravarthy was the leading wicket-taker for Tamil Nadu in the 2018-19 Vijay Hazare Trophy where he bagged 22 wickets in just 9 matches. His biggest weapon is his unpredictability – he has several variations in his repertoire – the off break, leg-break, googly, carrom ball, flipper, top-spinner and a slider – which makes it impossible for the batsmen to read him off the hands.

Left-arm seamer Chetan Sakariya had a dream debut in the IPL when he returned with 3-31 in his 4 overs for the Rajasthan Royals against the Punjab Kings in Chennai in 2021. His biggest strength is his ability to swing the white ball and that was on display throughout the truncated season. Born in Vartej, a small township some 180 kms away from Rajkot, Sakariya belonged to a humble background and has been the lone bread earner for his family. He was first noticed when he picked 18 wickets for Saurashtra in the Cooch Behar Trophy in 2015 which gave him a chance to train under Glenn McGrath at the MRF Pace Foundation.

Sakariya has had a great start to his domestic T20 career bagging 35 wickets in 23 matches at a strike rate of 14.8. This wicket-taking prowess makes him a standout bowler in the format. He has also been very restrictive conceding at just 7.44 runs per over. The left-armer stood out in the 2021 Syed Mushtaq Ali Tournament picking 12 wickets in 5 matches at a stunning economy rate of 4.9.

Bowling all-rounder, Krishnappa Gowtham from Karnataka made headlines when he was purchased by CSK for a massive sum of INR 9.25 crore in the mini-auctions in February 2021 making him the most expensive uncapped player in IPL history. Gowtham has two unique qualities in limited overs’ cricket – first, is his ability to restrict the opposition batsmen – he has an economy rate of 4.73 in List A cricket and 7.6 in T20 cricket.

His other standout quality is his ability to hit the long ball batting in the lower middle-order. Gowtham has a stunning strike rate of 141.26 in List A cricket and 159.24 in T20 cricket. He has also picked 166 first-class wickets in 42 matches at an average of 23.98 and strike rate of 51.9.

Gowtham blasted a magnificent 134 off just 56 deliveries and then returned with 8-15 in a fine all-round show for Bellary Tuskers against Shivamogga Lions in the Karnataka Premier League (KPL). 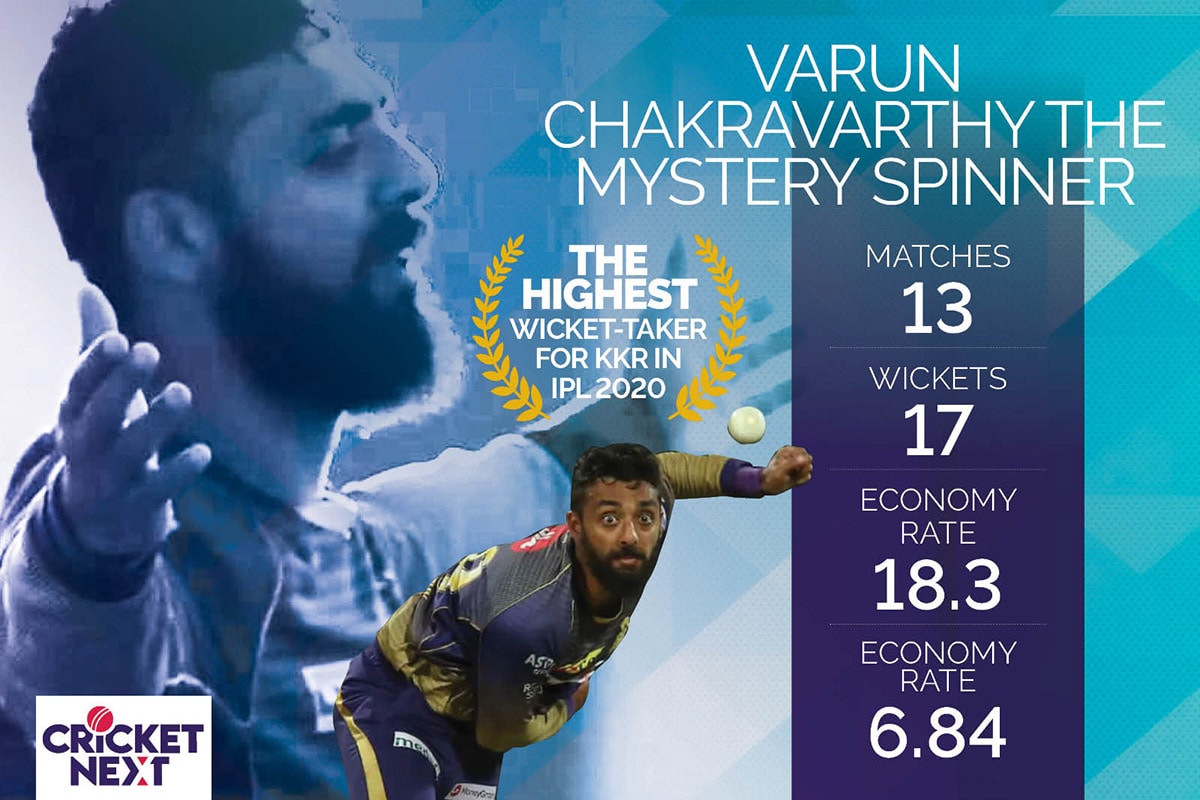 Nitish Rana has been the constant for KKR in the last few seasons scoring big runs at a high strike rate at the top of the order. The left-hander has scored more than 300 runs every season between 2017-2020. He aggregated 344 runs in 14 matches at a strike rate of 146.38 in 2019 and 352 runs in as many matches at a rate of 138.58 in 2020. Rana also started the 2021 season with a bang – he produced a Player of the Match performance in KKR’s opening fixture against the Sunrisers in Chennai. The left-hander hammered 80 off just 56 deliveries and followed that with another fifty against the Mumbai Indians.

Left-arm seamer, Arshdeep Singh is a T20 specialist with 29 wickets in 24 matches at a strike rate of 16.5 and economy rate of 8.19. The left-arm seamer returned with 7 wickets from 6 matches at a strike rate of 15.7 in IPL 2021 for the Punjab Kings with his best performance against the Royals where he bagged three big wickets of Manan Vohra, Shivam Dube and the centurion Sanju Samson. Arshdeep’s change of pace and variations are his biggest asset.

Right-arm medium fast bowler, Simarjeet Singh plays for Delhi in the domestic circuit and has also had a good start to his T20 career with 18 wickets in 15 matches at an economy rate of 7.76.

Sai Kishore is a slow left-arm orthodox bowler who plays for CSK and Tamil Nadu and has bagged 33 wickets in 30 T20 matches at a very impressive economy rate of 5.28.
​