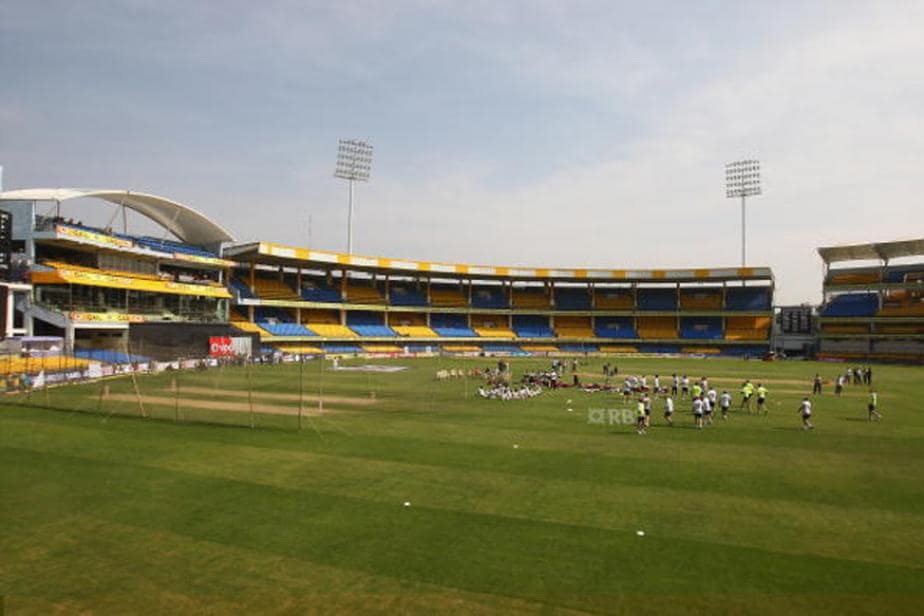 India will take on Sri Lanka in the second game of the three-match T20I series on Tuesday.

In an effort to counter the effects of dew, the Madhya Pradesh Cricket Association (MPCA) has been spraying a special chemical on the outfield at the Holkar Stadium.

India will take on Sri Lanka in the second game of the three-match T20I series on Tuesday.

MPCA chief curator Samander Singh Chauhan said on Monday that to beat the effects of dew, a special chemical was being sprayed over the ground since the last three days.

Besides, he said, the grass on the ground was also not being watered since the last three days to minimise the effects of dew.

"We sincerely hope the spectators will get to see fours and sixes raining in the match," he said.

Since the game will commence at 7 pm, dew could be a factor in deciding the outcome, especially in the second half of the match.

Fans are eagerly waiting for the second T20I as the opener on Sunday was abandoned due to wet patches on the track following rain in Guwahati.

It had started to pour 15 minutes before the scheduled start after India skipper Virat Kohli had won the toss and elected to bowl.

However, there is no rain threat in Indore on the match day.

The final match of the series will be played in Pune on 10 January.