Back to News18
Home » Cricket Home » News » India vs Sri Lanka: Islanders With Attacking Strokeplayers & Malinga Can Cause an Upset

India vs Sri Lanka: Islanders With Attacking Strokeplayers & Malinga Can Cause an Upset

Sri Lanka have one of the worst win-loss ratios in T20I cricket since 2018. They have won just 8 (and lost 12) of the 21 matches they have played in this period. 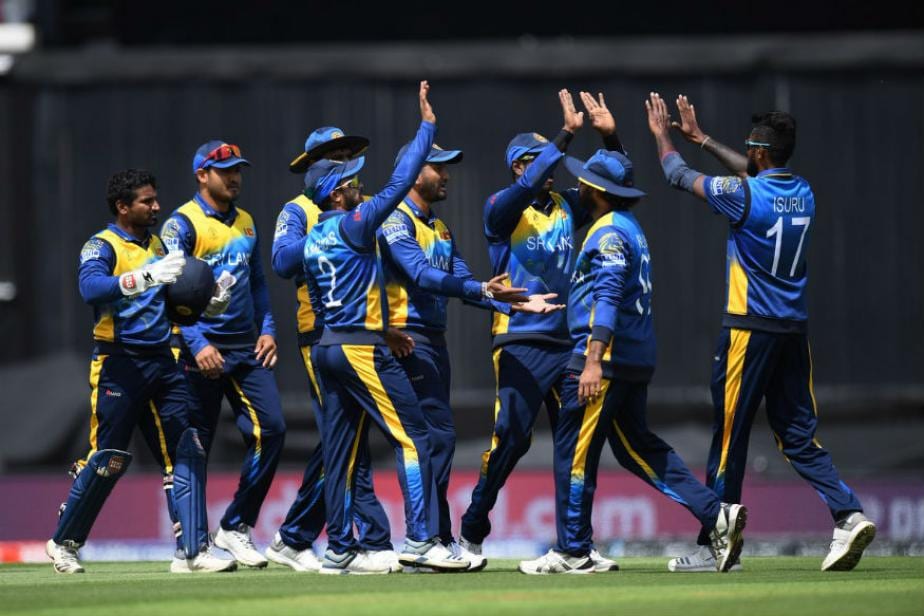 Sri Lanka have one of the worst win-loss ratios in T20I cricket since 2018. They have won just 8 (and lost 12) of the 21 matches they have played in this period. Their combine batting average of 19.97 has been the second-worst in this time-frame and they have also struggled with their rate of scoring which at 125.5 has been amongst the poorest.

However, Sri Lanka have had their moments with none bigger than the 3-0 sweep in Pakistan in October. As the team departs for another tour of India, there is enough talent and potential in the squad to cause an upset. We look at the possible ‘threat’ posed by some of the Sri Lankan players.

Kusal Perera is the most experienced amongst the Sri Lankan top-order batsmen with 1171 runs in 42 T20I matches at an average of 27.88 and healthy strike rate of 135.06. He has been in decent form and registered a fighting half century (57 off 45 deliveries) against Australia in Melbourne.

Perera had produced two brilliant performances against India – 77 off 37 deliveries in a losing cause in Indore in December, 2017 and followed that with a match-winning 66 off 37 in Colombo early next year. Interestingly, Sri Lanka, despite not having a great record in the

format, have won 7 of the 11 matches in which Perera has registered a fifty – signifying how crucial he is to the batting line-up.

The other Kusal – Mendis, has been Sri Lanka’s highest run-getter since 2018. He is a powerful striker and has the ability to hit the long ball consistently – he has struck 53 sixes and 95 fours in 46 T20 (domestic and international) matches. Mendis will look to give Sri Lanka a blazing start and will be the main threat in the 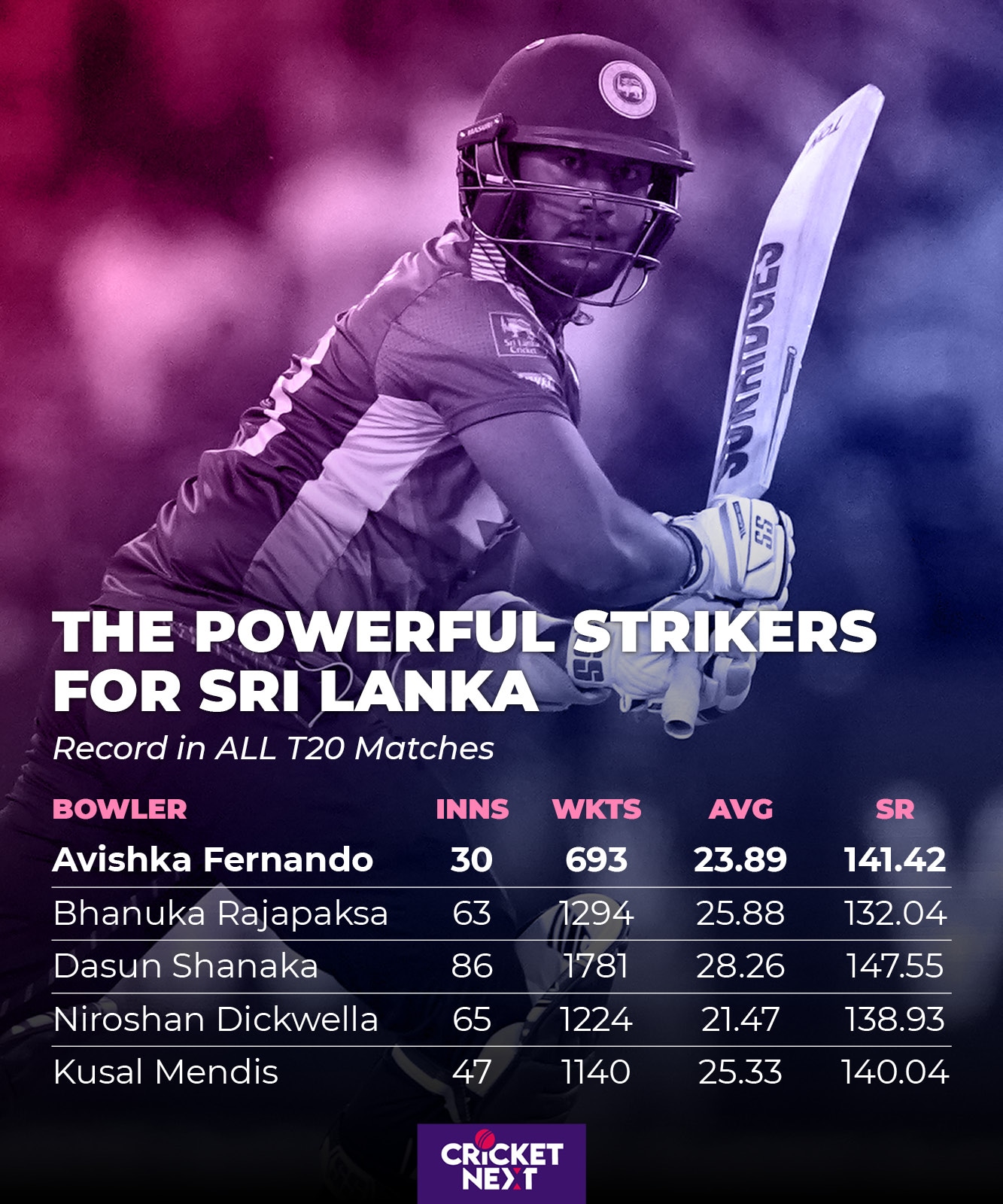 Danushka Gunathilaka will in all probability open the innings with Mendis. He was in good form against Pakistan smashing 57 off 38 deliveries in the first T20I in Lahore just couple of days after recording a run-a-ball 133 in the last ODI in Karachi.

Bhanuka Rajapaksa, an attacking top-order left handed batsman, produced a Man of the Match performance in just his second T20I – 77 off 48 deliveries – against Pakistan in Lahore and recently smashed an unbeaten 96 off just 65 deliveries for Cumilla Warriors in the Bangladesh Premier League.

All-rounder, Dhananjaya de Silva has been in terrific form in Test cricket with two successive hundreds against New Zealand and Pakistan in Colombo and Rawalpindi.

Although he hasn’t set the stage on fire in T20I cricket, he has the experience of having played 48 T20 matches and scoring 1000-plus runs at a good average of 27.62.

Not a big wicket-taker but Dhananjaya is very restrictive off-spinner with an economy rate of just 6.66 in the 7 innings he has bowled in T20I cricket and 7.38 overall (domestic and international). Dasun Shanaka is an explosive batting all-rounder who hasn’t quite yet blossomed in international cricket for Sri Lanka but has some excellent numbers in domestic cricket.

He has scored 1347 runs in domestic T20s at an average of 38.49 and strike rate of 164 including three hundreds. He recently blasted an unbeaten 75 off just 31 deliveries (including 9 sixes) in a Bangladesh Premier League match in

Dhaka in December. Angelo Mathews is Sri Lanka’s premier all-rounder across formats who last represented his country in T20I cricket in August 2018.

A veteran of 153 T20 matches, his experience will be invaluable in the middle order. Mathews has scored 1055 runs in 57 T20I innings but what stands out is his phenomenal economy rate of just 6.81 – the fifth-best for a fast bowler (min. 35 wickets) from all major teams in T20I history.

Isuru Udana, a left-arm fast bowling all-rounder, brings variety to the attack and is a dangerous lower order batsman. He blasted an unbeaten 84 off just 48 deliveries against South Africa at Centurion in March. Udana has picked 144 wickets in 132 T20 matches at a strike rate of 17.8. MALINGA AND THE TALENTED WRIST SPINNERS

Lasith Malinga, the Sri Lankan captain, is the leading wicket-taker in T20I history with 106 wickets in 79 matches at an average of 19.44 and strike rate of 16.1. He has also been quite restrictive conceding 7.23 runs per over.

He has been in excellent wicket-taking form in the last couple of years – his 5-6 in 4 overs (which included 4 wickets in 4 deliveries) against New Zealand in Pallekele in September, 2019 – the highlight of this period.

Malinga is widely regarded as the greatest T20 fast bowler of all-time with the best ability to bowl yorkers at the death. He has represented all the top T20 leagues in the world and is the leading wicket-taker in the history of the coveted Indian Premier League where he plays for the Mumbai Indians.

Kasun Rajitha is a talented right-arm fast bowler who has the ability to pick wickets as his strike rate of 13.2 in T20 cricket indicates – 60 wickets in 36 matches. Wanindu Hasaranga is an aggressive leg-spinner who made history by becoming only the third bowler to pick a hat-trick on ODI debut – against Zimbabwe in Galle in July, 2017.

impressed with figures of 3-21 in 4 overs against the Prime Minister’s XI in Canberra in October, 2019.