Bilateral series’ between India and Sri Lanka might not take place as frequently as they once did but when they do happen, the result – an India series win – is almost never in doubt.

Bilateral series’ between India and Sri Lanka might not take place as frequently as they once did but when they do happen, the result – an India series win – is almost never in doubt.

Such was the case during the recently-concluded T20I series as well, reduced to a two-match affair after rain washed out the first match at Guwahati.

That match being abandoned left open the outside chance that a young Sri Lanka team might just be able to take the fight to India and secure at least one win to see the series end level.

However, India never looked likely to lose and this was despite the absence of regulars Rohit Sharma and Mohammed Shami as well as the likes of Jasprit Bumrah and Shikhar Dhawan making international comebacks.

Rahul has enjoyed a lengthy run atop the order in the absence of Dhawan and continued to open the batting for India as Rohit was rested for this series.

The Karnataka batsman didn’t disappoint this time around either, scoring 45 and 54 in the second and third match, respectively. On current form Rahul looks a certainty atop the order in the shortest format. Dhawan made his international return in this series after recovering from a knee injury and has shown signs of turning his flagging form around.

He scored a labored 32 at Indore but looked more like his fluent self at Pune, scoring 52 as India went on to score 201 while batting first. Dhawan being among the runs gives team management a good headache ahead of the World T20. The Indian skipper wasn’t at his prolific best with the bat in this series but he didn’t need to be, with the top order scoring the majority of the runs.

However, he did step in when required. His 17-ball 30 helped India get home effortlessly in the second T20I and he scored a valuable 26 at Pune batting from an unfamiliar number 5 position. 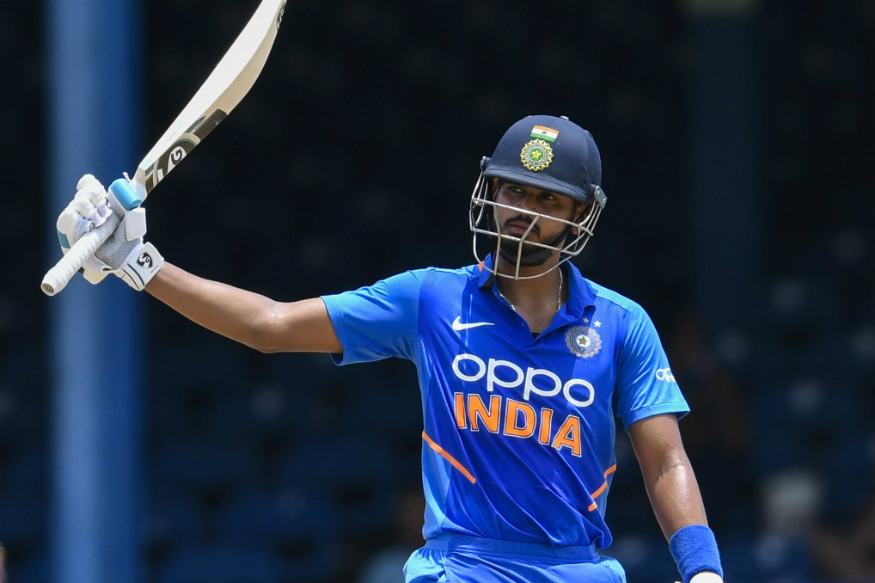 The man seen as the solution to India’s middle-order woes – especially in the number 4 position – batted in two different positions this series but showed enough form to keep his spot for the foreseeable future.

His 26-ball 34 at Indore was a solid knock that included a six so big both he and Kohli were astonished at the height it travelled. At Pune, he got out early trying to attack from the get-go, perishing right after starting the innings with a boundary. Pandey didn’t play in the second T20I but was brought into the starting XI at Pune in place of Shivam Dube as India looked to shore up the batting.

His 18-ball 31 was a crucial innings in the sense that he scored runs at a decent clip but also anchored one end as India lost Sanju Samson, Rahul and Shreyas in quick succession.

Pant’s uncertain performances in recent times means that the wicketkeeper’s spot remains very much up for grabs, despite repeated public assurances that he will be given a long rope.

Pant managed just the one run in the second T20I and effected two dismissals before being rested for the final match of the series. Pant’s replacement for the final match was Samson, who many have touted as an option in case Pant’s lean run of form continues.

The Kerala batsman started the innings well, slamming a six off Wanindu Hasaranga but the spinner had the last laugh, trapping him LBW with a wrong one. The Chennai all-rounder played in both matches in this series and while he didn’t make any impact with the bat – he scored a duck in his only innings – he did a decent job with the ball.

Sundar was India’s most prolific bowler behind Navdeep Saini and Shardul Thakur, taking 3 wickets in two matches and he can expect his recent run in the side to continue.

Dube has been India’s first-choice pace bowling all-rounder in the absence of Hardik Pandya but this series was a curious one for him.

He played only the second match in which he didn’t bowl a single ball nor did he get a chance to bat before being rested for the final match of the series. The 28-year old was India’s joint-highest wicket-taker in the series alongside Navdeep Saini, with both players taking 5 wickets each.

Thakur also pitched in with the bat as he scored an 8-ball 22 in the final T20I to propel India’s score above the 200-run mark. Arguably the only thing preventing Saini from getting more game time for the national side has been the fine form of the pacers ahead of him in the pecking order.

He proved that with aplomb during this series, taking 5 wickets and troubling the Sri Lankan batsmen with his express pace to walk away with the Player of the Series award. Bumrah was making his comeback from a back injury that had kept him out for a number of months and while he looked a little rusty on occasion, he showed flashes of his best.

He took only two wickets in the series – one in each game – but was economical and bowled with control for the most part, which will no doubt have team management happy. Kuldeep’s form over 2019 left a lot to be desired but the Chinaman bowler has shown glimpses of getting back to his wicket-taking best in recent times.

He snared two wickets at Indore, both of which came after he was taken on by the batsmen. He is still going for runs but the fact that he is among the wickets is encouraging. He was rested for the last game. Chahal was brought in in place of Kuldeep for the final T20I and while his form hasn’t been an issue in recent times, it wasn’t the most memorable of outings for him.

He bowled 3 overs but was taken for 33 runs and couldn’t get among the wickets. He will be hoping for better showings in the near future.