West Indies' tour of India is set to end on a thrilling note with the three-match one-day series tied 1-1 going into the decider on Sunday (December 22) in Cuttack. 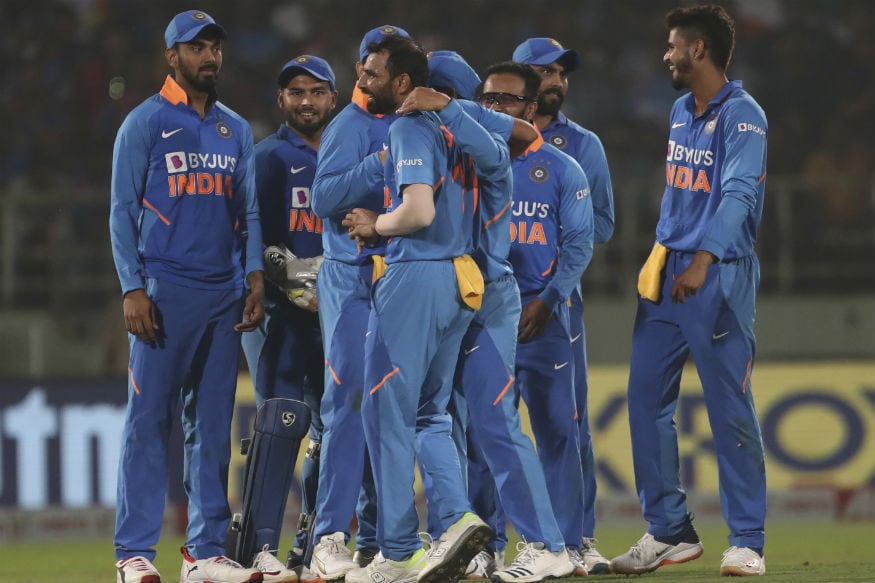 West Indies' tour of India is set to end on a thrilling note with the three-match one-day series tied 1-1 going into the decider on Sunday (December 22) in Cuttack.

It will be anything but easy though, given how India crushed those dreams in the previous match in Visakhapatnam. West Indies started the series with a fairly convincing win in Chennai but India hit back hard with a 107-run win.

Batting first, India scored a whopping 387 for 5 before bowling West Indies out for 280.

India would be pleased with the performance of their batsmen through the series. Their top three failed in Chennai but two of them bounced back in style in Visakhapatnam. Rohit Sharma and KL Rahul smashed tons in a 227-run opening stand to set up the big win. Virat Kohli has scores of 4 and a first-ball duck in the two games, but India will not be too bothered. A big one could very well be around the corner.

India would be most pleased with the performances of Shreyas Iyer and Rishabh Pant in the middle order. The duo scored half-centuries in Chennai after India were in a bit of trouble. In Visakhapatnam, they adjusted their game-plans after a solid start to make quickfire knocks, Iyer scoring 53 off 32 and Pant making 39 off 16. A solid middle order is what India have been after for quite some time, and they're close to achieving that now.

But there are issues in the bowling. They looked lacklustre in Chennai, and there were phases in Visakhapatnam where they were under pressure. The mountain of runs in the second game meant India were unlikely to lose, but India's bowlers would have felt the heat.

Mohammed Shami and Kuldeep Yadav would be two bowlers who'll be high on confidence after picking up three each in the second game, Kuldeep getting them via a hat-trick. India have lost Deepak Chahar to injury for the decider, with Navdeep Saini coming in. He could make an ODI debut, unless India being back Yuzvendra Chahal.

India might consider that option given Ravindra Jadeja's been leaking runs. He has conceded 58 and 74 runs from 10 overs in each game, for just two wickets. The left-handed West Indies batsmen have found him easy to attack given his lack of variations.

West Indies too have similar issues, with their batsmen in form and bowlers struggling in the second game. Shai Hope has been a rock, scoring a century and 78 in the two games. Shimron Hetmyer made a ton in Chennai while Nicholas Pooran scored a 47-ball 75 in Visakhapatnam.

All their bowlers were in the firing line with Rohit, Rahul, Iyer and Pant on song. They'll have to be on top of their game, for Kohli has not joined in yet.