Indian Premier League: From KL Rahul to Shaun Marsh - All the Orange Cap Holders Over The Years

Some seasons have witnessed close battles in this race while others like 2016 when Virat Kohli scored a whopping 973 runs have been ‘no contest’. We take a look at some of the Orange Cap winners over the course of these years. 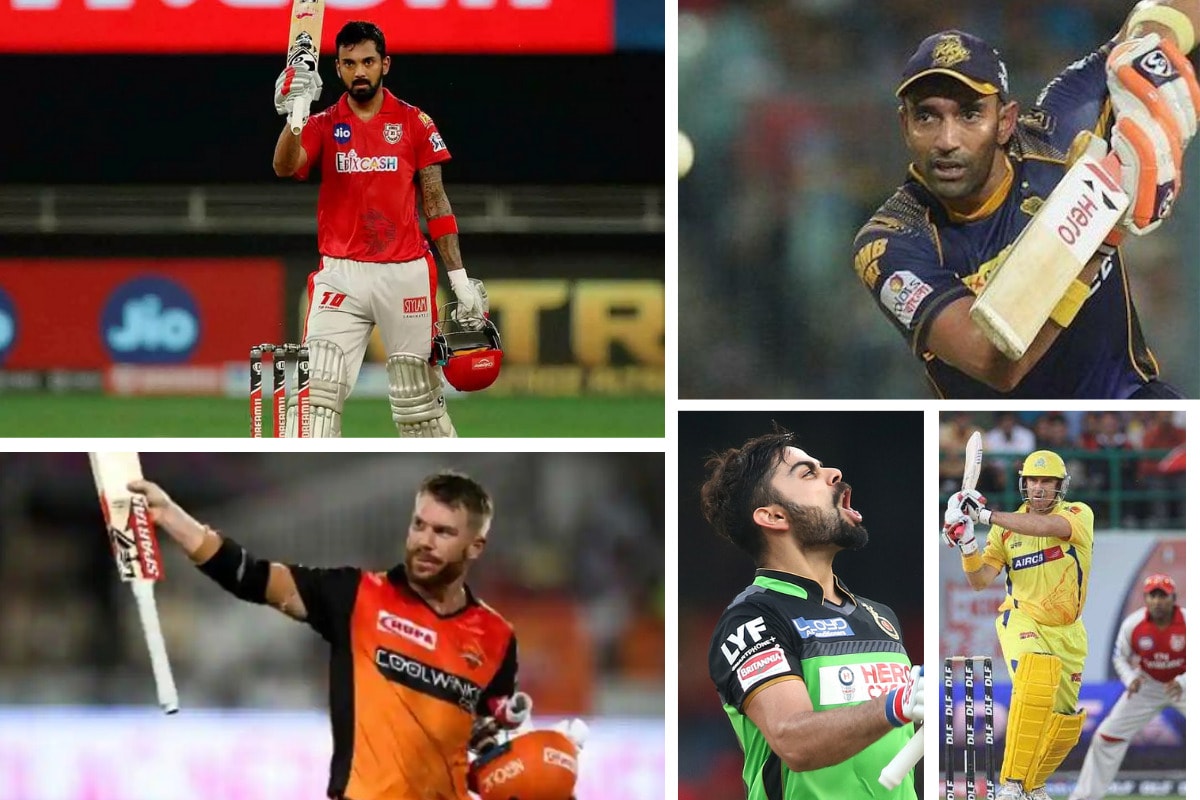 The Orange Cap has been handed to the leading run-scorers in the IPL over the last 13 years. Some seasons have witnessed close battles in this race while others like 2016 when Virat Kohli scored a whopping 973 runs have been ‘no contest’.

It is no just Indian batsmen who have featured in this list but the likes of David Warner, who has won this no less than three times, are familiar entries as well. Apart from Warner, ‘Universe Boss’ Chris Gayle has won this prize a couple of times while ‘Little Master’ Sachin Tendulkar also has this honour. We take a look at some of the Orange Cap winners over the course of these years.

The KXIP opener was leading his franchise for the first time in his career and did not disappoint with the willow. Rahul had his best-ever IPL season, even better than the 659 runs he managed in the 2018 season to help keep his side in the hunt for IPL 2020 Playoffs.

Although the Australian opener was not the captain of the Sunrisers in 2019, but he ended up as the leading run-scorer for them as well as among all the other sides. The southpaw managed one century and eight fifties in his 12 games with a phenomenal strike-rate of 143.86 and average of 69.2.

The New Zealand skipper was thrust into the leadership role of the SRH franchise in the aftermath of the ‘Sandpaper Gate’ controversy in which David Warner was embroiled. Williamson rose to the task, especially with the bat, scoring eight fifties and maintaining a strike-rate of 142.44 while averaging 52.5.

The Sunrisers Hyderabad skipper was in fine touch throughout the season, scoring one century and four fifties along the way. Warner had a top-score of 126 and a brilliant average of 58.27 as well apart from a strike-rate of 141.81.

The Indian skipper was at his sizzling best in this season, especially with the bat. Kohli smashed four centuries in 2016 along with seven more fifties with a top-score of 113 that year. The RCB skipper ended up scoring more than 100 runs more than second-placed David Warner that season.

IPL 2020: '5 Trophies is Unprecedented; Dwayne Bravo, You're Behind Me' - MI Team Reactions After Win

The Australian opener was once again in fine form for SRH, ending up as the leading run-scorer in the tournament. Although he didn’t score a hundred over the course of the season, he managed seven half-centuries and scored his runs at a strike-rate of 156.54 as well.

He ended up as one of the biggest contributors for KKR as the Knight Riders lifted their second IPL crown. Uthappa managed five fifties in the season, including a top-score of 83 not out, as KKR managed to pip Kings XI Punjab for the title.

The Australian batsman was the leading run-scorer in the IPL even at the age of 38. The Chennai Super Kings opener averaged 52.35 over the course of the season with six fifties and a strike-rate of 129.5 in his fifth season of the IPL.

The ‘Universe Boss’ bossed around most bowlers in this season, clobbering seven fifties and a century that year. Gayle averaged 61.08 with the bat and had a mind-blowing strike-rate of 160.74 to send shivers down most IPL bowlers that year.

The West Indian opener played in only 12 games that season but still ended up as the highest run-getter ahead of RCB teammate Virat Kohli. Gayle managed to score two tons and five fifties that year including a top-score of 107 at an average of 67.55.

This was one of the finest seasons in IPL for the Little Master. Leading MI through the season, Tendulkar managed to top the runs tally with five fifties including a top-score of 89 not out. He had an average of 47.53 and strike-rate of 132.61 as well.

The colossal CSK opener was the highest run-getter in IPL that season. Hayden managed to handle the extra pace in South African wickets as shifted abroad due to the General Elections in India. The Australian scored five fifties over the course of the season at an impressive strike-rate of 144.81.

Very few people had heard about Australian batsman Shaun Marsh before 2008 but the southpaw ended up as IPL’s first-ever Orange Cap winner with the Kings XI Punjab team. The elder of the Marsh brothers managed to score one century and five fifties with a top-score of 115 along with a strike-rate of 139.68.