In this podcast, we recap another of India’s famous away Test wins. This was against England at Lord’s in 1986. 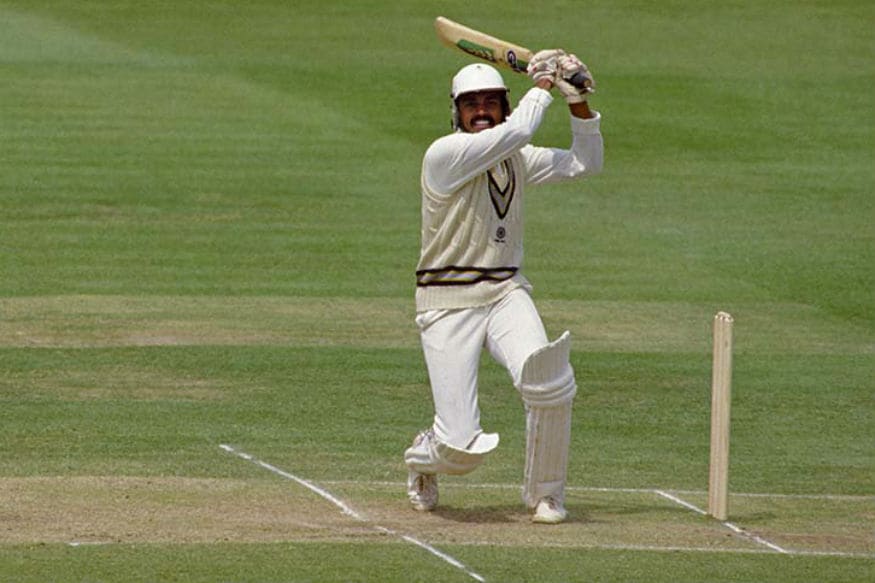 In this podcast, we recap another of India’s famous away Test wins. This was against England at Lord’s in 1986. Before we get into the details of India’s victory against the hosts, it is important to delve into the events just prior to the 1986 tour to England. India had just lost the Asia Cup final to Pakistan at Sharjah in heartbreaking fashion when Javed Miandad hit Chetan Sharma for a six off the last ball of the match. Over the previous few years, the Indian selectors had played a game of musical chairs over the captaincy of the team with both Sunil Gavaskar and Kapil Dev. After India’s famous victory in the Benson and Hedges, World Championship of Cricket in 1985, Sunil Gavaskar vowed that he would never captain the Indian national side again.

In theory this should have given Kapil Dev an extended stint at the helm of Indian cricket. However, the results had not gone in India’s favour with Kapil in charge. Prior to the tour, Kapil had led India in 20 Tests and had yet to register his maiden win as captain. Just 6 months prior to the England tour, India had toured Australia and had muffed a golden opportunity to win their first ever Test series on Australian soil. A combination of biased umpiring, rain and a lack of match awareness led to the 3 Test series being squared 0-0 and the mood in Indian cricket was grim. The snatching of defeat from the jaws of victory at Sharjah led to further dejection. While none of the blame could be solely attributed to Kapil Dev, the lack of results under his captaincy added to the pressure on him. Another poor tour might have meant a change in captain which would have been unfortunate but understandable. However, in cricket a captain is only as good as his team and the entire team needed to lift their performance and cast aside the gloom surrounding Indian cricket.

India’s overseas record until that point was nothing to write home about. Prior to that series, they had played 32 Tests against England away from home and had won just once, lost 20 and drawn 11. Against all opposition away from home, they had played 105 Tests, and had won just 10, lost 51 and drawn 44. In 10 previous Tests at Lord’s they had lost 8  and drawn just 2. So even the most optimistic and die-hard Indian fan would not have been filled with hope looking at India’s past record under Kapil’s captaincy and also at their record at the home of cricket.

However, England had problems of their own. They had lost their last 5 Tests in succession and David Gower’s performance as England captain had been unsatisfactory and he was under pressure. Moreover, India’s bowling attack was probably their best in their 54-year history of Tests. The attack was led by Kapil himself and Roger Binny was a reliable new ball partner. Chetan Sharma was an ideal bowler to come in at first change and Mohinder Amarnath had shown that in helpful conditions where the ball swung, he was an able lieutenant to the pace bowlers. Ravi Shastri and Maninder Singh were capable spinners and while it was unlikely that the pitches for the Tests would excessively favour spin, they had the skill to exploit conditions if there was any turn in the wicket. The batting had depth with Sunil Gavaskar and Krishnamachari Srikkanth opening the innings and also  a wealth of experience with Mohinder Amarnath and Dilip Vengsarkar. Mohammad Azharuddin had impressed in his short Test career, scoring 3 centuries in his first 3 Tests and with all-rounders in Kapil Dev, Ravi Shastri and Roger Binny, there was plenty of depth in India’s batting. So, the side under Kapil, had the right personnel and was capable enough to cause an upset. If they played to their potential, they could take advantage of England’s poor results and the disarray in their camp.

Kiran More was handed a Test debut and Kapil called rightly at the toss and inserted England in to bat under overcast conditions. Graham Gooch and Tim Robinson started off slowly but securely. The pair put on 66 runs for the first wicket before Robinson was caught by Azharuddin off the bowling of Maninder Singh. However, from 66/1, England collapsed to 92/4 with Gower, Mike Gatting and Allan Lamb all falling cheaply. Gower, was caught behind by More attempting a lazy pull of Chetan Sharma while Mike Gatting was slow to react to an inswinger from Chetan and was bowled through the gate. Srikkanth took a good catch, low down at short leg of Chetan Sharma’s bowling to dismiss Lamb and England were in deep trouble.

Derek Pringle joined Gooch at the crease and the Essex duo slowly repaired the damage. Prior to this, Pringle had never done justice to his talent with the bat but he showed application to partner Gooch and put on a century stand with the opening batsman. Even going by the slower scoring rates of that era, the pair concentrated on stitching together a partnership, rather than scoring quickly and transferring the pressure back onto the Indian bowlers. Gooch played with a lot of authority and hit majestic drives on both sides of the wicket. His century was his sixth in Test cricket and while it was not his most commanding, it was a sensible knock under the circumstances. He reached his century off 255 balls. Gooch was bowled for 114, five minutes before the close of play when he was castled by an inswinger from Chetan. His knock was studded with 12 fours and a solitary six. England ended the day at 245/5.

On the second morning, India’s bowlers maintained a tight line on off-stump and this was backed by sharp fielding. England were bowled out for 294 and they scored just 49 runs off their last 33 overs, which was a measure of how tightly India bowled. Chetan Sharma took 5/64 while Binny took 3 wickets. In India’s reply, Graham Dilley and Richard Ellison both beat the bat a number of times with little reward. Boosted by his useful 63 with the bat, Pringle also bowled tidily and India were 83/1 at stumps on the 2nd day having lost Srikkanth off the bowling of Dilley. In 4 previous tours to England, Gavaskar had never scored a century at Lord’s and understandably he would have wanted to make this opportunity count as it would probably be his last chance to set the record straight. Therefore, it was a surprise to see him flash at a wide ball from Dilley and get caught by John Emburey at third slip.

Often in cricket, the conditions at a particular venue suit the style of play of a cricketer and his performance at that ground is much better than his performances all over the world in Tests. This could also be due to the fact that the cricketer just feels good at that ground or it could just be coincidence or luck. Most cricketers in world cricket if given the option of performing well at a certain ground, would choose their home ground or Lord’s which is called the home of cricket. Dilip Vengsarkar still holds the record of scoring the most number of centuries by an overseas batsman at Lord’s. He scored 103 during India’s tour in 1979 and 157 during India’s tour in 1982. In 1986, he made it a hat-trick of centuries at Lord’s when he scored an unbeaten 126 in India’ first innings. Amarnath made a slow but vital 69 while Mohammad Azharuddin chipped in with 33 before a string of single digit scores from the other batsmen reduced India to 264/8. At this stage, India were 30 runs in arrears.

Kiran More showed a lot of poise for a debutant and scored a quick-fire 25 before he was adjudged LBW to Pringle. At the fall of the 9th wicket, India were 9 runs in front and Vengsarkar was on 95 and looked in danger of running short of partners and getting stranded in the nineties.  Maninder Singh who was normally considered a rabbit with the bat hung around for 59 balls to score 6 and that enabled Vengsarkar to reach his 3rd consecutive century at Lord’s and India took an important 47 run lead in the first innings.

In England’s 2nd innings, Kapil Dev led from the front, taking 3 quick wickets to leave England tottering at 35/3. Allan Lamb and Mike Gatting somewhat repaired the damage with a partnership of 73 for the 4th wicket before Lamb was caught behind by More off Shastri for 39.  Apart from Lamb and Gatting, only England’s wicket-keeper Paul Downton made more than 20 as England’s lower order capitulated to some tight bowling. Downton was caught by Shastri of Maninder’s bowling for 29 as England were dismissed for 180. Kapil was the highest wicket-taker in England’s 2nd innings taking 4 wickets, conceding 52 runs from his 22 overs. Maninder took 3 wickets and incredibly went for just 9 runs from 20.4 overs. This was as tight a spell of spin bowling as one is likely to witness.

India needed 134 to win the Test and register their first ever win in Tests at Lord’s and also just their 2nd Test win in their 11th tour to England. They needed to play sensibly without panicking as the target was not very steep and a couple of good partnerships would be enough to seal victory. India got off to a worst possible start as Srikkanth was dismissed for a duck, caught by Gooch off Dilley. Gavaskar was also caught behind by Downton off Dilley to leave India reeling at 31/2 and another couple of quick wickets could have set the cat amongst the pigeons. However, Vengsarkar carried on from his good form in the first innings and was given support by Amarnath. Amarnath contributed just 8 in a 45-run partnership with Vengsarkar as India slowly whittled down the target. Both players fell in quick succession and India were reduced to 78/4. Azharuddin and Shastri eased the nerves in the dressing room before Azharuddin was unnecessarily run out for 14 with India just 24 runs short of the target.

Kapil Dev joined Shastri and scored a blistering 23 off just 10 balls which contained 4 fours and a six. He launched a calculated assault hitting Phil Edmonds for 18 runs in an over which included 3 fours and a six. The winning hit was a six over mid-wicket which finished things off in style.

India won by 5 wickets and took a 1-0 lead in the 3 Test series. More importantly, Kapil’s barren run as skipper of India had ended and one more win in the next 2 Tests would lead to India’s 2nd Test series win in England. Kapil was adjudged the Man of the Match for his match haul of 5/119 with the ball and his brief cameo (23) with the bat in the 2nd innings. This win gave India the self-belief that England could be beaten on home soil and the fact that it was at the home of cricket made it extra special.