James Anderson is to have a six-week break from cricket in a bid to ensure England's all-time leading Test wicket-taker is fully fit for what he has said is a "ridiculous" schedule against India. 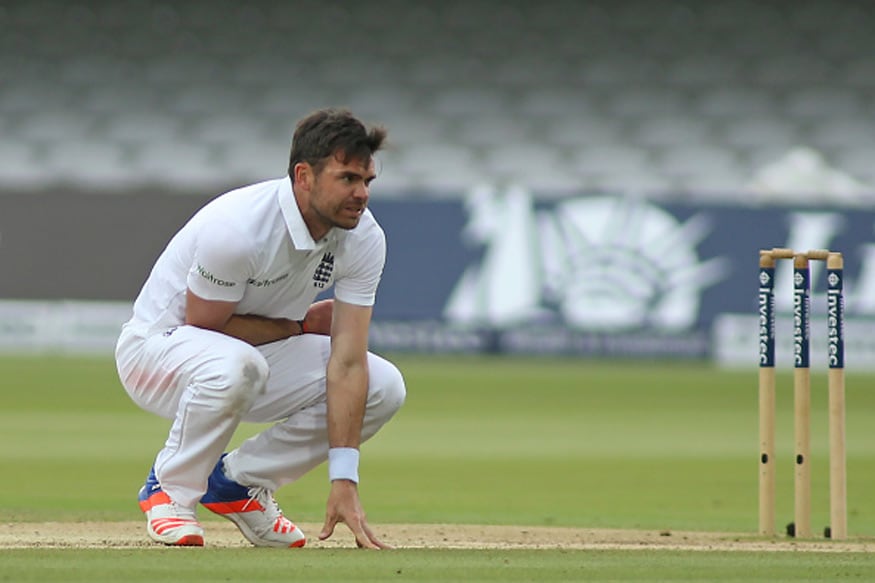 London: James Anderson is to have a six-week break from cricket in a bid to ensure England's all-time leading Test wicket-taker is fully fit for what he has said is a "ridiculous" schedule against India.

The 35-year-old Lancashire swing bowler will use his time away from the game for what the England and Wales Cricket Board said was "rehabilitation" on a longstanding right-shoulder injury.

Anderson, who has taken 540 wickets in 138 Tests, will now miss Lancashire's next two County Championship matches against Worcestershire and Hampshire later this month.

The five home Tests against India are crammed into a six-week period from August 1 and Anderson, who no longer plays white-ball international cricket, said he needed the time away from the game to regain full fitness.

"My shoulder has been an issue ongoing for the last couple of years and it is just managing it and looking after it best way I can," he told BBC Radio's Test Match Special during England's shock six-run one-day international by Scotland in Edinburgh on Sunday.

"I just need to get in the gym and get it strong.

"The India schedule is ridiculous with five Tests in six weeks and that will put a lot of stress on it.

"The way the fixtures have fallen it is a shame I will miss some games for Lancashire."

"We have five Tests against India in a six-week period from August 1, which will be an intense and challenging period for all our bowlers, and therefore it’s vital that we ensure Jimmy goes into that series in the best possible condition," said Bayliss in an England and Wales Cricket Board statement issued Sunday.

"Jimmy has to manage the issue with his right shoulder, and we’ve been advised that the best way for him to prepare for the India series is to take a six-week break from cricket now, initially to rest it and then to work slowly back to cricket," the Australian added.

"That six-week period covers Lancashire's two Championship matches (against Worcestershire and Hampshire) over the next three weeks. We will then monitor to see where Jimmy is at and ensuring he is ready for the India series."

Despite an injury to his bowling arm, Anderson played in both Tests of England's recent 1-1 drawn series at home to Pakistan, taking nine wickets in total at an average of 19.11.

"The idea is to put in the work now and be ready for the end of July Championship game against Yorkshire and then get through the five Test matches if possible," he said.

"It is wear and tear. Rehab improves it and makes it feel better and it is just about trying to manage it through certain periods."