Back to News18
Home » Cricket Home » News » IPL 2017: Corey Anderson Does a Dhoni on Sunrisers Hyderabad

IPL 2017: Corey Anderson Does a Dhoni on Sunrisers Hyderabad

Coming in at No. 5, Anderson smashed the SRH bowlers all over the park to take Delhi home with five balls to spare. 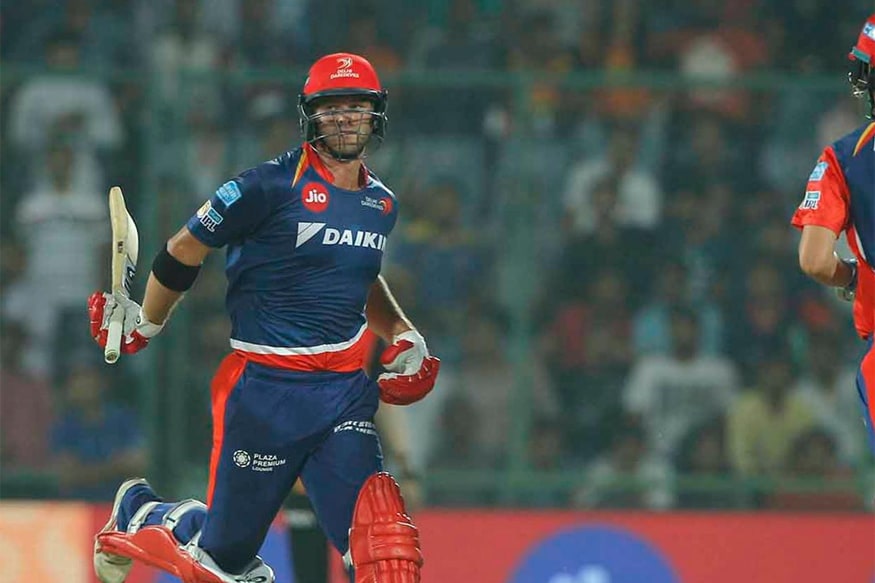 New Delhi: Delhi Dardevils needed a much-needed win on Tuesday to keep their playoff hopes alive as they took on a confident Sunrisers Hyderabad outfit led by David Warner at the Feroz Shah Kotla Stadium.

And the man who stole Hyderabad’s thunder was none other than Kiwi all-rounder Corey Anderson. Coming in at No. 5, Anderson smashed the SRH bowlers all over the park to take Delhi home with five balls to spare. It was only poetic justice that Anderson hit the winning runs as the Delhi dug-out started celebrations.

Chasing 186 was never going to be easy on a wicket which was getting low and slow with every delivery. And after Rishabh Pant's (34) dismissal, Anderson took it on himself to see the home team through in the company of Chris Morris (unbeaten on 15).

With 24 needed off the last three overs, Anderson clobbered Bhuvneshwar for a six and a four off back to back balls before Morris sent Kaul outside the park to take Delhi within sniffing distance of the win. Anderson finished the match with a straight driven boundary off Moises Henriques.

With this win, their third, DD lifted themselves to the sixth spot with five more matches to play while Sunrisers remained on third spot with 13 points.

When Dhoni came to the crease in the aforesaid game, Pune needed 90 runs of 55 deliveries at a required rate of 10 runs per over. And in this match, Delhi needed 77 off 50 balls at over 9 runs per over.

But just like Dhoni hit a 34-ball 61* to take Pune over the line off the last ball of the innings, Anderson hit an unbeaten 41 off 24 balls with three sixes and two boundaries to take his team home.