IPL 2018: Anukul Roy - From the Bylanes of Samastipur to the Mumbai Indians Dug-out

When an 18-year-old spinner decides to ignore the pain of a stress-related ankle injury just to bowl his team to victory, it speaks volumes about not just his character, but also his love for the game. But then, rising like a phoenix from the ashes has always been Roy’s strength. 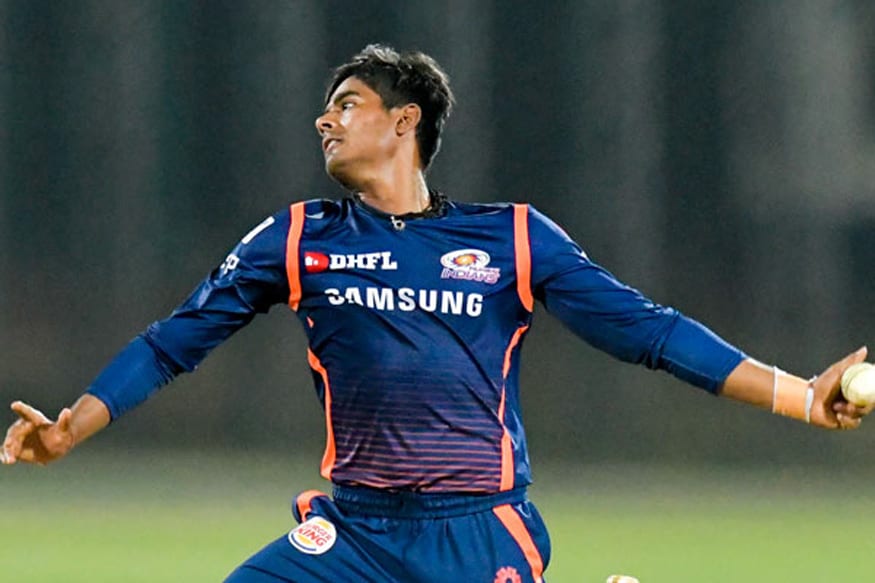 New Delhi: From the bylanes of a remote village in Samastipur to the towering landscape of Mumbai, life for 19-year-old Anukul Roy would seem straight out of a movie script. But there are no retakes in life and not many are aware of the grit and determination the youngster possesses as he has crossed every hurdle with a smile. From finishing the 2018 ICC U-19 World Cup as the joint highest wicket-taker (14 wickets in 6 games) to earning a contract with Mumbai Indians for Rs 20 lakh in this edition of the Indian Premier League, Roy is reaping the rewards of relentless hardwork.

When an 18-year-old spinner decides to ignore the pain of a stress-related ankle injury just to bowl his team to victory, it speaks volumes about not just his character, but also his love for the game. But then, rising like a phoenix from the ashes has always been Roy’s strength.

Father Sudhakar told CricketNext that it was as early as a 6-year-old kid that Roy showed first signs of having the talent to shine in the gentleman’s game. “We used to live in the village and while he played from as early as I can remember, we took him seriously when as a 7-year-old kid he played better than most kids of his age. That is when we decided to take him to Jamshedpur and keep him there so that he gets the right infrastructure and training.

“But it is never easy to keep your son away from you. While he stayed as a paying guest, it was us who suffered every moment as we missed seeing him around. But luckily for us, the struggles have paid dividend and hopefully we will see him represent the country in the senior team,” he smiled.

And the fact that Chanchal Bhattacharya — MS Dhoni’s childhood coach and now also a member of the Jharkhand Cricket Association — swears by Roy’s resolve is testimony enough of the youngster’s determination.

Roy grew up playing tennis-ball cricket in the small town before his coach felt that he needed to move to Jamshedpur if he had to pursue serious cricket. But for Bhattacharya, the turning point in the young tweaker's fledgling career came during India’s tour of England in 2017. Roy played with the ankle injury and it was only on the insistence of the physio that he decided to go for a medical test. The test showed he had an injury and the management asked him to rest and undergo rehabilitation.

“It was amazing to see such a young kid put the game and his team ahead of his own injury. That is when I realised that this kid is special and will go to any length to finish on top. There are boys who play just to be a part of action and then there are boys who walk onto the field to win. Roy goes out to win. I have not just seen him train as a kid, but have also umpired in a few matches that he played in and the first thing that comes across is the willingness to battle it out. Scars are his pride and not his weakness. This kid will go the distance if he can keep his head in the right place,” Bhattacharya told CricketNext.

Roy’s struggles didn’t just end with missing the Asia Cup, he also missed the Under-19 Challenger Trophy in November, the tournament used by the selectors to pick the World Cup squad. While any other youngster would panic and try and make an early return from the ankle injury, Roy decided to buy his time and not act in haste. And that according to Bhattacharya sets Roy apart.

“Most kids would get irritated and look to make an early return to ensure that he gets picked for the World Cup. But Roy was content to keep the rehab on. It further helped that coach Rahul Dravid gave him that confidence that he was in the former India’s captain’s scheme of things. There was not one day when you would see him sulk. He is just one of those people who give you a positive vibe,” Bhattacharya revealed.

Sudhakar adds that it was a difficult phase for the family as well. “As you know, the World Cup was round the corner and we didn’t want him to miss out at any cost. In fact, while we put up a brave face in front of him, we were just as tense. But by god’s grace, it all fell into place and his performance in the World Cup made us proud,” he said.

Roy has been compared by many to India all-rounder Ravindra Jadeja for his ability to bowl an accurate line and pack a powerful punch lower down the order, but the journey has just begun for the Mumbai Indians recruit and keeping his head in the right place is a must as many an U-19 cricketer has vanished into oblivion after showing promise in what is considered the bridge between youth and men’s cricket.

With Rahul Chahar and Krunal Pandya as the only other Indian spin bowling options available for Mumbai this season, Anukul would fancy his chances of cementing his place in the playing XI whenever given a chance. The Blue Brigade definitely has a fighter in their ranks.