IPL 2018: Destiny Is In Our Hands, Says KKR Coach Kallis 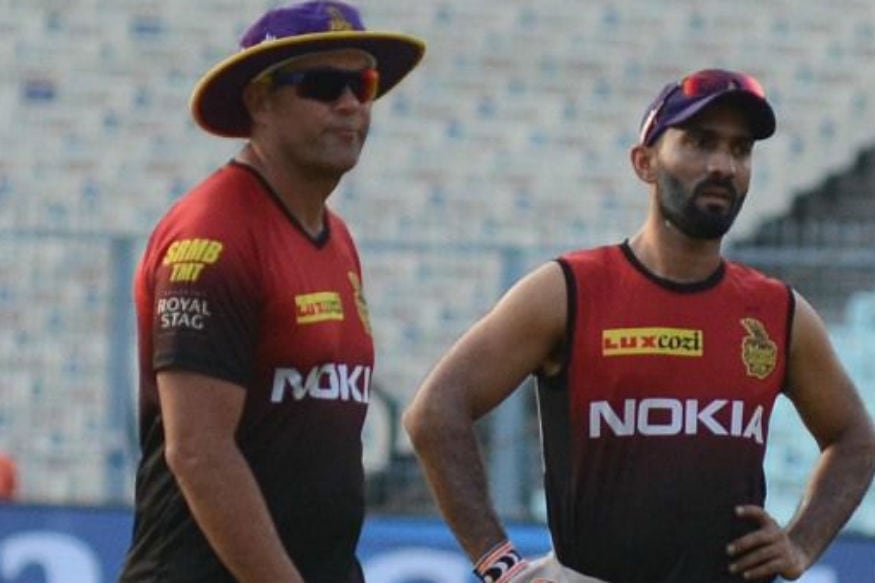 Kolkata: Kolkata Knight Riders (KKR) head coach and legendary South African all-rounder Jacques Kallis on Monday said they have their destiny in their hands going into the last two matches of the Indian Premier League (IPL).

KKR, placed fourth in the points table, take on a resurgent Rajasthan Royals at the Eden Gardens on Tuesday in a crunch clash which will go a long way in deciding the fate of both the teams.

Both KKR and the Royals, placed fifth, are on 12 points from the same number of the matches. KKR have a slightly better net run rate.

"Destiny is still in our hands. If we play two good games of cricket, we are through to the playoffs and that's what we are interested in... It's about taking one game at a time and play well tomorrow. We are not really worried about what the rest of the teams are doing," Kallis told reporters a day ahead of the crunch game.

Along with KKR, five other teams are in fray for a playoff berth. Wooden spooners Delhi Daredevils are out of contention.

Asked if net run rate is a concern, Kallis said: "Hopefully we won't worry about run-rate and we get through with two wins... Yes it will be in back of our minds but certainly it won't be our focus as we go into the game. Winning will be the priority."

KKR's NRR is -0.189 but other teams are snapping at their heels.

Coming to the Royals, the Ajinkya Rahane-led side is on a three-game winning run. England wicketkeeper-batsman Jos Buttler has been in sublime form, racking up five consecutive half centuries.

Kallis was asked how diffcult is it to play against teams who are peaking at the right time.

"I think that's the strength of the IPL. Any team can beat any team, that's what makes it so exciting. There are our few sides who have gained form towards the back end of the tournament which is how you want it. So hopefully we can do the same and continue with our winning streak. Like I said, if we play two good games of cricket, destiny is in our hands."

Plans to stop Buttler? "Wickets have been pretty good, it has given the batters an opportunity to score a lot of runs.

Kallis also lavished praise on new skipper Dinesh Karthik who has been among runs on a consistent basis.

"He likes leading from the front, he leads with a lot of energy. He obviously has got a lot of experience and understands the game pretty well. It's been a fairly smooth transition. Hopefully we can come up with good gameplan tomorrow so that he leads us to victory," he said.