Ishan Kishan shone with the bat while bowlers also came to the party as Mumbai Indians crushed Kolkata Knight Riders by 102 runs in the ongoing edition of the Indian Premier League (IPL) at the Eden Gardens in Kolkata on Wednesday. 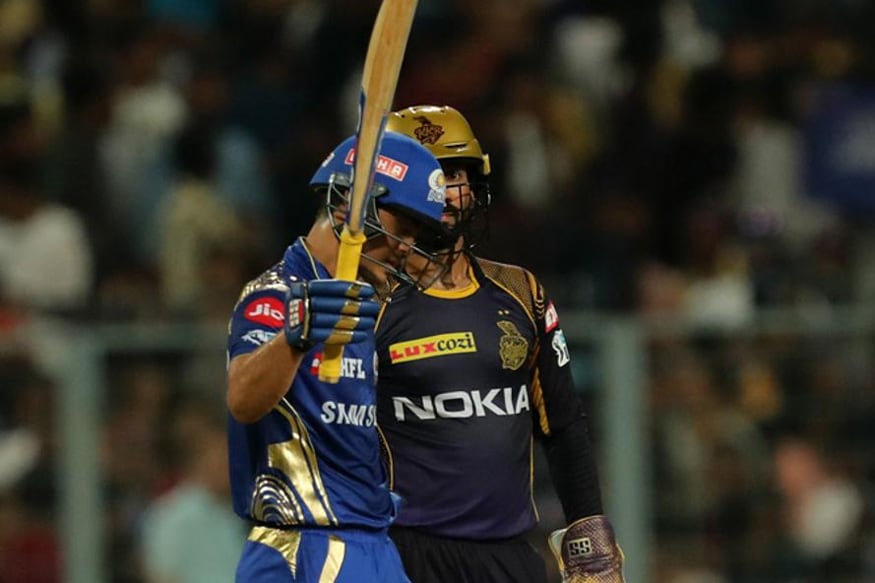 Kolkata: Ishan Kishan shone with the bat while bowlers also came to the party as Mumbai Indians crushed Kolkata Knight Riders by 102 runs in the ongoing edition of the Indian Premier League (IPL) at the Eden Gardens in Kolkata on Wednesday.

This is Kolkata's heaviest defeat in terms of runs against any opponent in IPL history, while KKR's hoodoo also continued as they have lost to MI in all of the last eight matches that they have played against the defending champions in the cash-rich league.

Chasing a mammoth target of 211, Kolkata got off to the worst start possible as Mitchell McClenaghan removed Sunil Narine on the second ball of the innings itself for just 4. Robin Uthappa then joined Chris Lynn in the middle and the duo started to hit boundaries to steady the KKR ship.

But a suicidal piece of running between the wickets meant that Lynn had to head back into the hut for 21 after getting run-out by Suryakumar Yadav. Uthappa was the next batsman to be walk back as he was dismissed by Mayank Markande for 14.

Hardik Pandya then got the prized wicket of Andre Russell who gave away an easy catch to Markande in the covers for 2. Skipper Dinesh Karthik (5) and Nitish Rana (21) soon followed suit and Kolkata were struggling at 67/6 at this point in time.

Rinku Singh (5) became Jasprit Bumrah's only scalp of the match while Bumrah removed Piyush Chawla to pick up his second of the night. Tom Curran hit three boundaries to delay the inevitable but in the end, he perished as well for 18 off the bowling of Krunal Pandya.

Kuldeep Yadav was the last KKR batsman to to be dismissed as he was trapped LBW by Krunal, who ended the match with two wickets.

Chawla gave the breakthrough in the sixth over as Mumbai batsmen looked to break free against the leg-spinner who accounted for both the openers. Mumbai were 62/2 inside nine overs.

The momentum shifted in favour of MI in the 14th over that yielded 25 runs with Ishan making a mockery of chinaman Kuldeep's bowling. The bulk of Mumbai's runs came from boundaries.

First, Ishan swept Kuldeep high over deep square leg, then smashed across the line, followed by stepping out to hit the bowler over long on to get to his fifty -- the joint second fastest of the season with Sunil Narine.

Ishan ended the over with a helicopter shot that would surely make his Ranchi mentor MS Dhoni smile as MI scored 73 runs in five middle overs to reach to 145/3 in 15 overs from being a modest 72/2 midway into their innings.

After Ishan, it was Cutting show as he hit the first three balls of the final over for a six each en route to his nine-ball 24 as MI finished on a high with 22 runs in the final over bowled by Chawla. Kuldep returned most expensive with 43 runs from his three overs, followed by Chawla who took 3/48 but was at his expensive best.