Back to News18
Home » Cricket Home » News » IPL 2018: Amit Mishra is the Only Daredevil Who Can Stop SRH, Explained

IPL 2018: Amit Mishra is the Only Daredevil Who Can Stop SRH, Explained

Ace India spinner Amit Mishra has been one of the few bright spots for Delhi Daredevils in an otherwise disappointing Indian Premier League (IPL) campaign so far for the team from the capital. 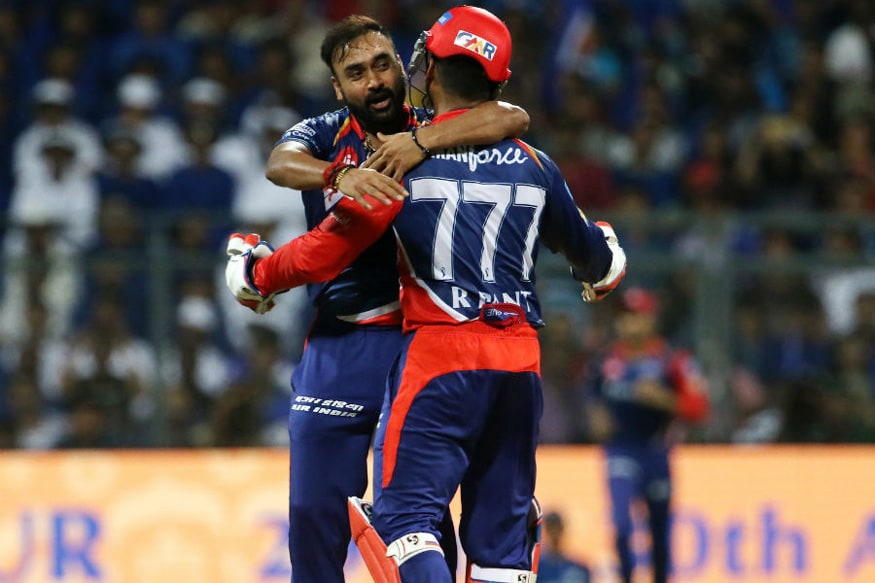 New Delhi: Ace India spinner Amit Mishra has been one of the few bright spots for Delhi Daredevils in an otherwise disappointing Indian Premier League (IPL) campaign so far for the team from the capital.

After going wicket-less in his first two matches for DD this season, Mishra has picked up 6 wickets in the last 4 matches and he is one of two DD bowlers to bowl a maiden this season, with Kiwi pacer Trent Boult being the other.

Mishra has the best bowling economy in the DD bowling unit and is the joint second-highest wicket taker for DD this season with 6 wickets. Trent Boult has 13 wickets to his name while spinner Mishra and Rahul Tewatia are locked at second place with 6 each.

Mishra has an economy rate of 7.40 in 6 innings, which is the best amongst all the Delhi bowlers who have bowled a minimum of 10 overs in the ongoing edition of the cash-rich league.

Mishra — who is the second highest wicket-taker in the history of the league with 137 scalps in 140 games — also has an astonishing record at the Feroz Shah Kotla — the venue for the match 42 of the season between Delhi and Hyderabad. A defeat for Delhi will see the home side crash out from the race to qualify for the knock-outs and so, Mishra will hope to turn the match in the favour of the Daredevils at his happy hunting ground.

Moreover, Amit Mishra enjoys a stellar record against few SRH batsmen and that might come in handy in this do-or-die for the Daredevils. Mishra has done well against the likes of Shikhar Dhawan, Manish Pandey, Yusuf Pathan and Wriddhiman Saha in the past and that could play in the minds of the batsmen when they come face-to-face against the spinner in New Delhi.

Mishra's record against Kane Williamson is something the spinner will be vary about and will look to improve in this match. Williamson has faced 31 deliveries from Mishra in the past and he has slammed 42 runs at a healthy strike rate of 135.4.

So if Delhi are to stay alive in the competition, then they need a massive win on this match and for that to happen, Mishra remains as crucial as ever.