Pant's effort is joint fifth in the list of highest individual scores in the Indian Premier League. 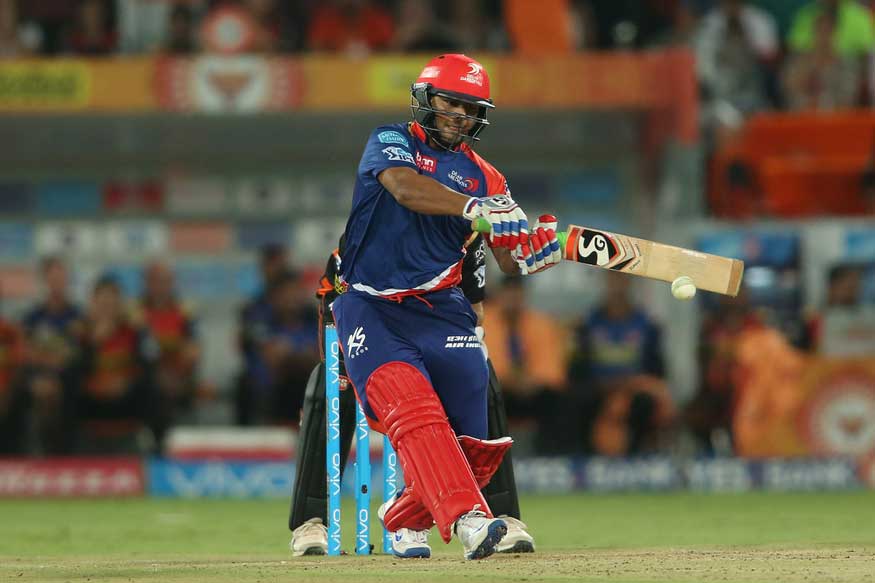 Rishabh Pant is just 20 years old but the Delhi lad has already created a reputation for himself due to his big hitting prowess. He has been one of the star performers for the beleaguered Delhi Daredevils franchise and the southpaw showcased the full range of his hitting abilities on Thursday night.

Pant slammed an unbeaten 128 against Sunrisers Hyderabad, the toughest bowling unit in the league, at the Feroz Shah Kotla to help his team put up 187 runs on the board. The innings was a pivotal one for Delhi as they had lost early wickets yet again.

The pressure was huge on Pant as his non-committal running between the wickets cost Delhi the wickets of captain Shreyas Iyer (3) and Harshal Patel (24).

Pant though didn't succumb under the pressure and instead targetted the Sunrisers bowlers, knowing that the short boundaries at the Kotla will be easy to clear. He backed himself to go for the big shots and eventually scored an unbeaten 128 off just 63 deliveries.

Pant's knock was studded with 15 boundaries and 7 sixes. So severe was Pant's attack that even a seasoned death bowler like Bhuvneshwar Kumar was made to look average. SRH's premier bowler went for 51 runs in his four overs.

The southpaw was also severe on the ususally accurate Siddarth Kaul (0/48) and the Afghan spinner Rashid Khan (0/35).

The young wicket-keeper batsman's knock though wasn't enough to ensure victory for the Daredevils as the duo of Shikhar Dhawan and Kane Williamson put on a record partnership to guide the Sunrisers to victory.

Pant's effort is joint fifth in the list of highest individual scores in the Indian Premier League. The highest being Chris Gayle's blitz for the Royal Challengers Bangalore, when he slammed an unbeaten 175 against the Pune Warriors in 2013.

Brendon McCullum's unbeaten 158 in teh first ever IPL match in 2008 is in the second spot while AB de Villiers occupies the third and fourth spots with his efforts of 133* against Mumbai Indians in 2015 and 129* against Gujarat Lions in 2016.

Chris Gayle scored 128* against the Delhi Daredevils in 2012 and Pant has managed to equal the burly Jamaican, but took one ball more than Gayle to reach the mark.