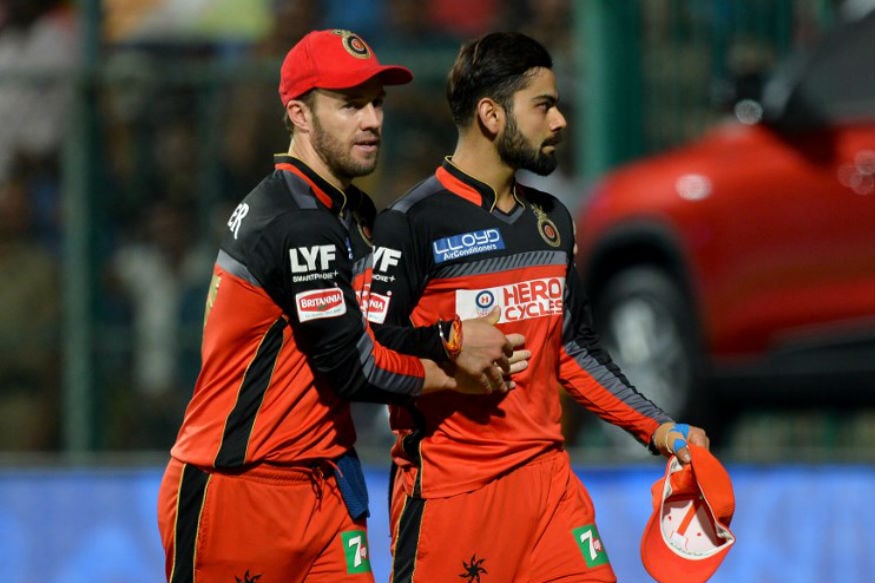 "The true judge of a good captain is when you don't perform well and still do a good job while leading a side. He has come through with flying colours when it comes to that. He has been a fantastic captain for us," de Villiers told media at an event here.

De Villiers said Kohli is putting a lot of effort and energy to keep the side in good stead in the training sessions and hopes he scores a lot many runs in the remainder of the IPL.

Asked whether he and Kohli feels the pressure when other batsmen fails to score runs, de Villiers said: "It is normal to feel pressure because we are international players. However, I don't feel extra pressure, I don't think Virat feels it either. We have a team of match-winners and it is up to us to share the load."

The South African run machine said won't be surprised if a couple of youngsters come through with flying colours in the ongoing IPL.

"In the last five years or so I have seen a lot of talent coming through. I see youngsters playing without any fear so I won't be surprised if a couple of players come through.

"I won't say that only the experienced players are performing. We're not even halfway through yet, so there is a lot of time for the youngsters to do well," he said.