Here we take a look at the last five encounters between the teams.

If rivalries were made on paper, Mumbai vs Delhi would be the biggest one in the IPL. There is a historical context to it, where you’re either through and through Mumbai or Delhi – there is no middle ground.

And the two sides have thrown up some interesting encounters over the years in the IPL. In the last five matches, Delhi hold a slight edge with three wins, all of them coming in their last three matches against Mumbai.

We can expect another cracking encounter when second-placed Delhi take on third-placed Mumbai at the Feroz Shah Kotla Stadium on Thursday, with only net run-rate separating the two teams. Here we take a look at the last five encounters between the teams.

Delhi Capitals put on a show for the Wankhede crowd when they met Mumbai Indians in their first encounter of the 2019 season. Even though local boy Prithvi Shaw could not deliver the goods, the Capitals put on a massive of 213/6, riding on Rishabh Pant’s blazing 27-ball 78.

Mumbai got off to a promising start but after losing Rohit Sharma with the score at 33, the home side kept losing wickets at regular intervals and eventually folded at the score of 176 with four balls remaining. Yuvraj Singh was the bright spot, scoring 53 off 35 balls, but the man-of-the-match award went deservingly to Pant.

Mumbai’s loss to Delhi in the second match the sides faced each other in the last edition of the IPL proved to be a decisive blow for Mumbai, as it was the match which knocked the away side out of running for a playoff spot.

On an unpredictable Kotla track, Delhi made 174/4, once again helped by the brilliance of Rishabh Pant who made 64 off 44 balls and Vijay Shankar’s handy lower-order cameo of 43 off 30 balls.

Mumbai sent Rohit Sharma to bat at number 4, but the ploy did not work as there was no stability at the top of the order. Ewin Lewis gave his wicket away after trying to charge down to Amit Mishra but left stumped by Pant behind the stumps for 48. No other batsman, Sharma included crossed 40 runs for Mumbai as they were all-out for 163 in 19.3 overs. 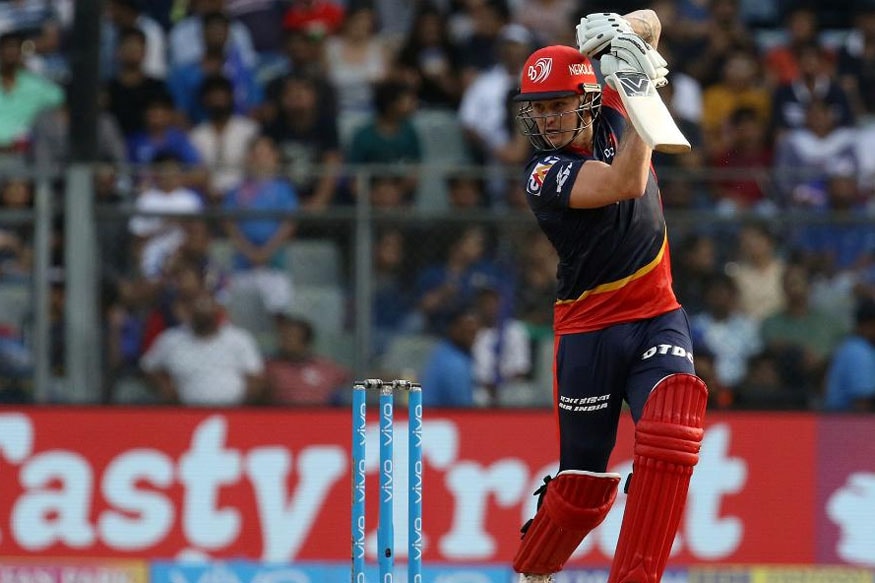 When Mumbai Indians put on a target of 195 for Delhi to chase after they were put in to bat first by the away side, it wouldn’t be an exaggeration to say that captain Gautam Gambhir might have regretted his decision. Thanks to Suryakumar Yadav, Ewin Lewis and Ishan Kishan (53, 48 and 44 respectively), Delhi were left with a mountain to climb.

That’s precisely when Jason Roy and Rishabh Pant (once again) stepped up to the plate. Roy carried his bat through the innings, remaining not out on 91 off 53 balls and Pant chipped in with 47 off 25 balls batting at number three to set up the win for Delhi. They were taken over the line by Shreyas Iyer, who’s 27 off 20 balls in the end when things were looking tough proved to be the difference between the two teams. We have to go as far back as the 2017 edition of the IPL to recount Mumbai Indians’ last win over Delhi in the competition, when they registered a mammoth 146-run win over the home side. Delhi won the toss, elected to field first and pretty much lost the game in that moment.

Riding on 60s by the West Indian duo of Lendl Simmons and Kieron Pollard, Mumbai posted 212 for 3 in their 20 overs. It was critical for Delhi to get off to a good start and surge ahead with some momentum, but exactly the opposite happened with Sanju Samson being dismissed off the very first ball by Mitchell McClenaghan. Karun Nair scored 21, opening the batting, but no other batsman could even cross the ten-run mark as Delhi suffered an embarrassing defeat, all-out on 66 in just 13.4 overs. A much closer encounter than the one the two sides played out later in that season, the match saw Mumbai scoring a competitive 142/8 in the first innings. The Delhi bowlers bowled economically and stuck to their lines, giving the likes of Jos Buttler, Kieron Pollard and Hardik Pandya very little room to play with.

However, in reply, Delhi put on a shocking batting performance as their top six batsmen failed to get into double digits. It was only when Kagiso Rabada walked in at number seven with the score at 24/6 that there was life breathed into their innings. Along with Chris Morris, Rabada put up a 91-run stand to get Delhi within touching distance of what would have been the most oddly remarkable run-chase.