IPL 2019 Auction: Foreign Players Who Will Attract Most Attention

The IPL 2019 player auction might not have big stars featuring in it, but it will be one of the more interesting ones given the international schedule, the host country given India will be busy with general elections, and the availability of players owing to the World Cup.

Follow all the live action from the IPL blog here.

The IPL 2019 player auction might not have too many big stars in the pool but it will be one of the more interesting ones given the international schedule, the host country given India will be busy with general elections and the availability of players owing to the World Cup.

The World Cup 2019 starts on May 30. Cricket Australia has already confirmed that players in the World Cup squad will miss the last two-three weeks of the IPL. Players like Aaron Finch and Glenn Maxwell have already opted out of the auction. Australian pacers Mitchell Starc and Pat Cummins won’t be in action too. The ECB too is expected to take a similar stance.

In addition to this, Australia are likely to play an ODI series against Pakistan in the first week of April, with Steve Smith and David Warner expected to return. Due to the general elections and the World Cup schedule, the IPL is likely to start in the last week of March, which means Australia’s World Cup players will miss the first and last stages of the IPL.

This could be a bonus for players from New Zealand and South Africa. They’re likely to be available through the tournament, so expect them to make it big in the auction. The IPL could happen – at least partly – in South Africa this year too, so the pacers could be in demand.

Here’s a look at few foreign players who could make it big:

The Steyn Gun went unsold in the IPL auction last season but expect him to be back this year. He's fit again and bowling like, well, Steyn. If the IPL 2019 happens in South Africa, even partly, he'll be a useful addition to any team. Quite a few teams need foreign pacers, so expect a bidding war.

Like Steyn, Ferguson too is one of the genuine quicks in the auction. He too was unsold in the last auction but like Steyn, is likely to be available for the entire tournament this year.

The New Zealand pacer has the ability to bowl upward of 145 kmph regularly. He has the experience of playing in the IPL too; Ferguson was a part of the now defunct Rising Pune Supergiant squad in 2017.

The South African wicketkeeper-batsman replaced the banned Steven Smith for Rajasthan Royals last season. However, given the Royals' abundance of foreign players, he managed only four matches. Klaasen managed only 57 runs from a total of 47 balls during his campaign.

Klaasen hasn't been in great form in the Mzansi Super League, managing only 67 runs in seven innings. However, he did show during India's tour of South Africa last year that he can hit a long ball, even against spin. The fact that South Africa's players are available for the entire season could work in his favour. He could be a floater in the batting order for many of the teams.

412 runs, 9 innings, 58.85 average , 142.56 strike-rate, 2 hundreds and 2 fifties. That was Hendricks' campaign for Jozi Stars in the Mzansi Super League. It couldn't have come at a better time given the IPL auction is just around the corner.

Hendricks, 28, doesn't have experience in the IPL as yet but that could change soon. Teams like Royal Challengers Bangalore and Rajasthan Royals, and maybe even Sunrisers Hyderabad, are in need of an aggressive opening batsman and Hendricks could fit the bill.

It's a question of how much, and not if. Hetmyer is the perfect package for IPL - a murderer of cricket balls and in typical Caribbean flavour that's such a big hit in the tournament. 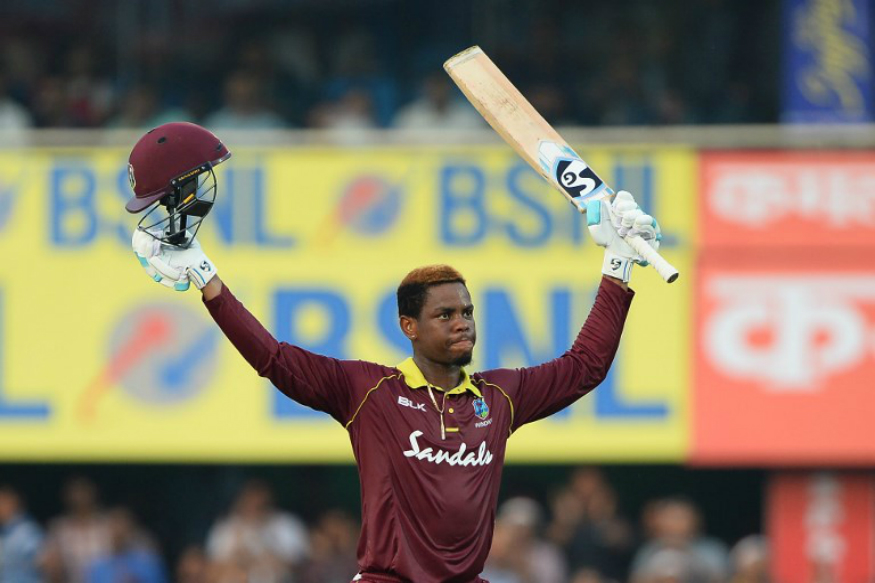 Hetmyer has played 20 ODIs and already has three centuries and two half-centuries. His ODI strike-rate is above 106. Hetmyer picked the perfect time and place to showcase his skills, smashing the Indian bowlers around the park in the one-day series in October when he scored blazing 106 and 94 in two successive knocks.

Teams are likely to save up their budget for such a player, so Hetmyer can expect good things from the IPL.

It's a mystery how Ronchi isn't one of the in-demand players in the IPL. He has a T20 strike-rate above 150 and has scored 20 half-centuries and a century. Yet, he was unsold at his base price of Rs. 75 lakh last year.

Wicketkeeper-batsman Ronchi was the Player of the Series in the Pakistan Super League earlier this year, scoring 435 runs in 11 innings at a strike rate of 182. Teams like RCB and SRH could be in need of wicketkeeper-batsmen, and Ronchi could get a buyer. He's 37, yes, but didn't Chennai Super Kings show last year that age hardly matters?

Guptill too went unsold in the auction last year. But given New Zealand players' availability, that could well change. Guptill is a consistent and regular player in the shorter formats for New Zealand but has played only 10 IPL matches in total. Will he get to add on to it?

Part of the support staff last year. Player this year? What a story it would be if Malinga gets a buyer. He's not just back playing for Sri Lanka, he's also their captain now for limited-overs cricket. Malinga is IPL's highest wicket taker, with 154 wickets from 110 games. He's played his entire career for Mumbai Indians though, and it will be interesting to see if he gets picked by any other team.

The man who set the IPL on fire in the very first match of the tournament is in an interesting juncture. He has been released by RCB and definitely is not the force he once was. At 37 he's not getting any younger either. And CSK don't have an overseas quota to accommodate him!

McCullum's only hope is that he would be availabe throughout, something not many other foreign stars can guarantee. Maybe there's still some fuel left in his IPL tank!

A left-arm pace bowling all-rounder. A wicketkeeper-batsman who can bat anywhere in the line-up. A hard-hitting opener.

The England trio could well add on to the ever increasing English participation in the IPL, but it all depends on their availability.