IPL 2019 saw a number of great bowling spells – spells which changed the course of the match in a matter of a few overs. There were as many as 10 four-wicket hauls in the tournament with MI bowlers picking three and CSK and DC being credited with two each.

IPL 2019 saw a number of great bowling spells – spells which changed the course of the match in a matter of a few overs. There were as many as 10 four-wicket hauls in the tournament with MI bowlers picking three and CSK and DC being credited with two each.

We pick the five best bowling spells of the season – these are based on a combination of various parameters such as wickets taken and the nature of wickets, economy, situation of the match and pressure created on the opposition batsmen and impact on the overall result of the match. Alzarri Joseph produced the best bowling figures in IPL history on his debut in the tournament and bowled out SRH for their lowest IPL score – 96 – as MI defended 136 and won comfortably by 40 runs.

Chasing 137, SRH had got off to a good start and had moved to 33 for 1 after 4 overs. MI needed to see the back of David Warner – the highest scorer of the tournament – they were not defending too many and a few overs of the Australian opener would severely dent their chances. Joseph, on IPL debut, was given the ball within the powerplay.

It was a fairytale start! The West Indian struck off his very first delivery as Warner played on. The next five deliveries to Manish Pandey were dot balls and Joseph had a dream start to his IPL campaign – with a wicket-maiden!

His debut got better as he got Vijay Shankar caught at point in his next over – 2 overs, 4 runs and 2 wickets – Joseph was on a roll!

While he bowled length or slightly short in his first spell, he returned at the death and bowled fuller – throwing in the yorker with the occasional off-cutter. He came in to bowl the 16th over and sealed the match for MI with the wickets of Deepak Hooda and Rashid Khan – one bowled off a fuller delivery and the other out pulling a well directed short one.

At 88 for 7 SRH were done. But Joseph wasn’t. He picked two more wickets in his final over to end with only the third six-for in IPL history. Joseph bowled as many as 16 dot balls in his 3.4 over spell. 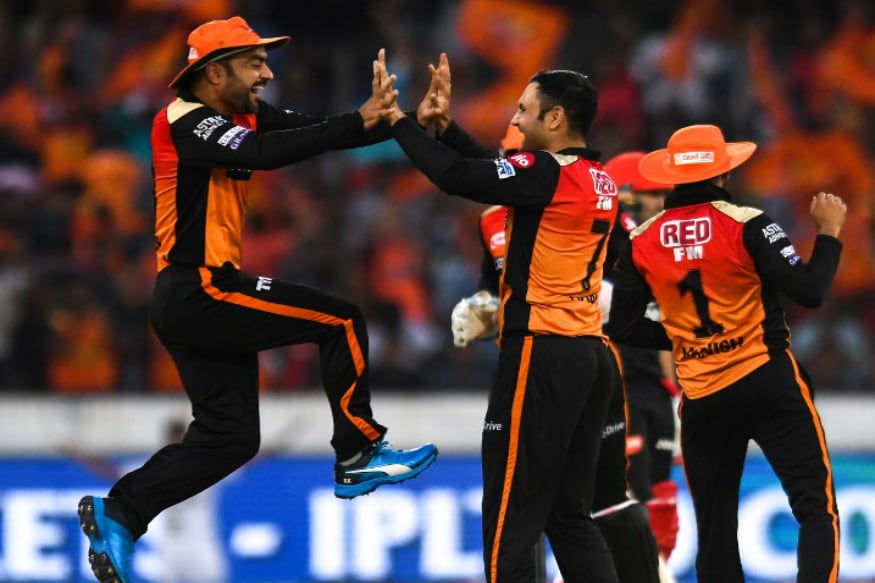 SRH had posted a mammoth 231 for 2. Mohammad Nabi was introduced in the second over and immediately struck getting rid of Parthiv Patel caught at cover.

He then broke the backbone of the RCB top-order with two beautiful slower deliveries – first foxing Shimron Hetmyer and getting him stumped and then castling the great AB de Villiers. RCB’s chase was as good as over.

Nabi bowled through and picked another wicket to end with 4-11 in his 4 overs. He had won the match for SRH even before the RCB innings could reach the half-way mark. At 36 for 6 after 8 overs, the result was a foregone conclusion.

His economy of 2.75 was the third-best for an innings in the season (only considering 4-over spells). 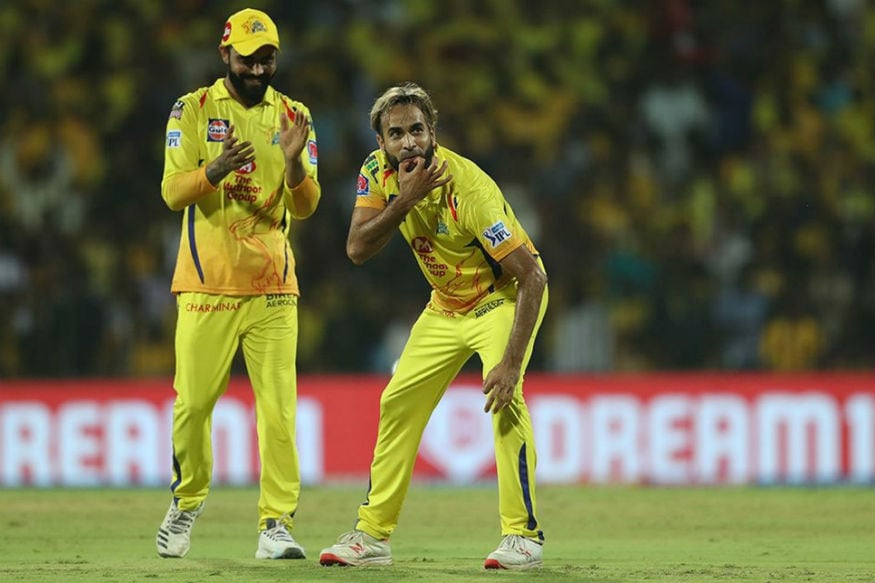 KKR got off to a great start and Chris Lynn in support with Nitish Rana threatened to take the match away from CSK (KKR had reached 79 in the 11th over) before they ran into a certain Imran Tahir. The South African leggie saw the back of Rana and Uthappa in his first over to give KKR a double blow.

But Lynn counter attacked and KKR were well on their way to post a total of in excess of 180. But Tahir had other plans. He had the Australian caught at deep square and then sent the most dangerous batsman of IPL 2019, Andre Russell (who had blasted him for a four and a six in the over) packing in the same over.

Tahir conceded just one four and a six in his spell and ended with 4-27 in his 4 overs. His two two-wicket overs ensured that KKR were restricted to a manageable 161 for 8. CSK chased the target down with 2 balls to spare.

It was Tahir’s spell in the middle overs – he broke the backbone of the KKR middle-order – which changed the course of the match. RCB had been given a good start by Virat Kohli and Parthiv Patel and had moved to 49 in the 7th over before Ajinkya Rahane, the RR skipper, gave the ball to the leg-break/googly specialist, Shreyas Gopal. The spinner obliged immediately getting the better of Kohli’s defense with a fantastic googly. AB and Patel counter-attacked and smashed Varun Aaron for 16 in the next over. But Gopal struck again in his second over getting AB caught and bowled for just 13. He did not concede a single run in the over.

There was more to come. Gopal induced an edge from Shimron Hetmyer and had him caught by the keeper, Buttler – three wickets in three overs. He had changed the match on its head. He conceded just 12 runs in his 4 overs and bowled as many as 16 dot deliveries, giving away just one boundary ball in his spell. RR went on to win the match by 7 wickets.

Kagiso Rabada saw the back of AB de Villiers in his first over (off the last ball of the powerplay) nipping in bud a potentially threatening second-wicket stand. However, RCB, led by Virat Kohli, had recovered to 133 for 4 after 17 and were in a position to post a total of in excess of 160-165.

Rabada returned for his second spell and squashed all such plans dismissing Kohli, Akshdeep Nath and Pawan Negi in the 18th over. RCB struggled to 149 for 8 and DC chased down the total with little discomfort.

Rabada ended the season with 25 wickets in 12 innings at 14.72 apiece and strike rate of 11.2. He took another four-wicket haul against SRH in Hyderabad. He was the second-highest wicket-taker of the tournament.

Note: Jasprit Bumrah delivered a special performance with the ball in the final and it deserves a separate mention. He returned with 2-14 in 4 overs which included the wickets of Ambati Rayudu and Dwayne Bravo. He had bowled a splendid 5th over in the powerplay going for just five runs before returning to bowl the 11th where he got the wicket of Rayudu and conceded just one run.

He then delivered a brilliant 17th over conceding just four runs. He kept a rampaging Shane Watson in check, dismissed Bravo and conceded just 9 runs off the 19th over keeping MI in the game. Overall, he bowled as many as 13 dot balls in his 4 over spell.

Again, as was the case in the best batting performances of the season, three of the five best bowling performances also came against RCB – an indication of their poor performance overall with the bat in the tournament.

And interestingly, again, though there were some fine performances with the ball in the playoffs, none of them merited a place in the top 5 of the season.