With boundaries drying up, de Villiers unleashed his array of shots against a disciplined Nagarkoti, smashing him for consecutive sixes, over midwicket, one of which hit a running car. 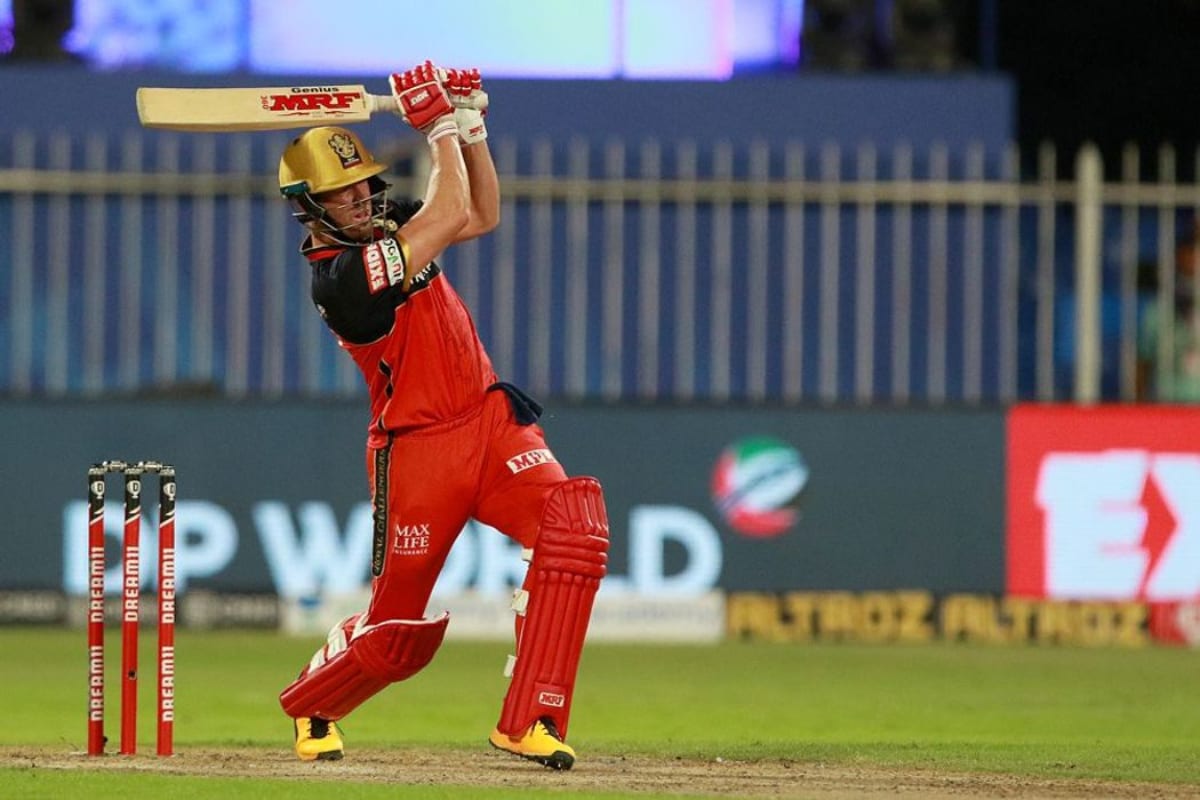 Pacer Chris Morris (2/17) chipped in at the death to hand RCB a comprehensive win.

The win lifted RCB to second spot with 10 points from seven matches, while KKR dropped one place down to fourth with eight points as the league reached the halfway stage.

It was Navdip Saini who drew first blood for RCB, spoiling the debut of talented Tom Banton (8) as KKR's ploy to open with the Englishman came a cropper.

The under-rated Sundar was top class and virtually derailed the KKR run chase with the prized-scalp of an in-form Eoin Morgan (8) and Nitish Rana (9).

There was also a run out of a well-set opener Shubman Gill (34 from 25 balls) during Sundar's miserly spell as KKR batsmen struggled to get going.

Chahal accounted for KKR's last match hero and captain Dinesh Karthik (1) who dragged one to his stumps, deceived by the flight, while their star player Andre Russell continued his poor outing with a 10-ball 16.

Earlier, de Villiers produced a batting master class to lift the RCB total to 194 for 2 after a mid-innings muddle.

Opener Aaron Finch (47 from 37 balls) and captain Virat Kohli (33 not out) were the other notable contributors.

Bowling in absence of their ace spinner Sunil Narine who was left out after being reported for suspect action, KKR bowlers were able to put some brakes on RCB batsmen on a pitch that was slowing down.

With boundaries drying up, de Villiers unleashed his array of shots against a disciplined Nagarkoti, smashing him for consecutive sixes, over midwicket, one of which hit a running car.

The South African raced to his fifty in 23 balls as RCB cruised to 83 runs from the last five overs to prop up the total.

Earlier RCB openers Finch and Padikkal (32) got off to a flying start and took the attack on KKR new-ball bowlers Pat Cummins and Prasidh Krishna.

Finch clubbed one out of the stadium in Prasidh's first over, while the talented youngster Padikkal hit back-to-back boundaries off Cummins.

But boundaries soon dried up after the Power-Play with Russell giving the breakthrough by cleaning up Padikkal with a fuller delivery.