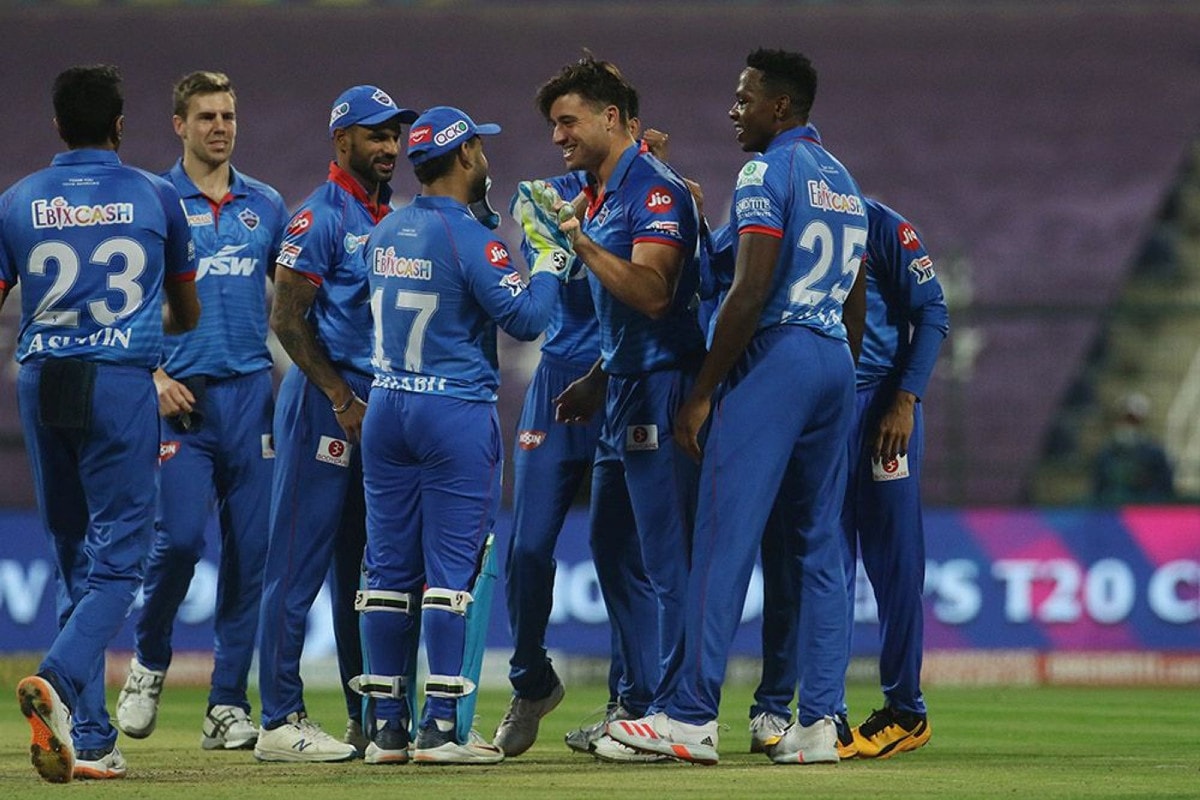 Shikhar Dhawan's fiery half-century and Marcus Stoinis' all-round show carried Delhi Capitals into their maiden IPL final as they survived some anxious moments before prevailing by 17 runs in the second Qualifier here on Sunday. Breathtaking counter-attacking knocks by Kane Williamson (67) and Abdul Samad (33) threatened to dash Delhi Capitals hopes but Stoinis' timely dismissal of the Kiwi batsman tilted it in his side's favour.

The Capitals will now challenge Mumbai Indians for the title on Tuesday, having lost to them in the first Qualifier.

IPL 2020 Highlights, DC vs SRH Qualifier 2, Match at Abu Dhabi: As It Happened

In-form Shikhar Dhawan smashed 78 off 49 balls to help the Capitals post a challenging 189 for three after electing to bat. Stoinis, who was promoted to open the innings, added 86 runs with Dhawan and later took three wickets for 26 runs in SRH's run chase. Every move of Capitals worked on Sunday as Shimron Hetmyer, who was brought in, also contributed in team's win with his unbeaten 42-run knock.

Rabada got rid of dangerous David Warner (2) with his first ball to give the Capitals the start they wanted. Manish Pandey (21) and Priyam garg (17) stroked the ball beautifully and with confidence in their small 31-run stand but Stoinis dismissed both of them in the space of three balls. The three wickets inside five overs pegged SRH back. DC spin duo of Axar Patel and Pravin Dubey also bowled well as they kept control over the proceedings.

Williamson and Jason Holder kept the scoreboard ticking with ones, twos and the odd boundaries. The Kiwi batsman began hitting with remarkable ease and his strong game against the spinners kept SRH in the hunt. Holder though got out while attempting a big shot off Patel. Williamson completed his fifty with a single off Patel. He got good support from Abdul Samad, who smashed Nortje for two fours and a six. SRH needed 61 from last five overs and required Williamson to do the job. He was sent by back Stoinis, getting him out off a widish ball that he hit straight to Rabada at deep cover.

Rabada (4/29) then ran through the SRH lower order to seal the match for the Capitals. Earlier, skipper Shreyas Iyer (21) could not do much. Dhawan, in his well-paced innings, hit six fours and two sixes. He added 52 runs for the third wicket with Hetmyer before being dismissed by seamer Sandeep Sharma (1/30). SRH's sloppy fielding also helped Capitals as they dropped Stoinis early in the innings and gave them a few free runs. SRH also dropped Dhawan towards the end, though it did not cost them much.

Yet again, Afghanistan spinner Rashid Khan (4-0-26-1) was the most effective bowler though T Natarajan bowled well in slog overs. Stoinis, after being dropped by Jason Holder off Sandeep at short mid-on, punished the SRH bowlers with a flurry of boundaries. Stoinis, on three at that time, was nicely set up by Sandeep but the opportunity was not taken. It was Holder, who was then taken to task by Stoinis, who creamed off 18 runs from the West Indian's over with three fours and a six. Sandeep was initially impeccable with his length balls but drifted afterwards and was punished by Dhawan.

In-came spinner Shabaz Nadeem to bowl the last Powerplay over and ended up leaking 14 runs as DC reached 65 for no loss. Warner shuffled his bowlers around, handing the ball to Rashid and Natarajan. The Afghan spinner got them the breakthrough with his eighth ball by castling Stoinis.

Dhawan raised his fifty with a six off Nadeem. Iyer struggled to time the ball and was soon dismissed by Holder.