A 115-run stand for the third wicket between Ambati Rayudu and Faf du Plessis saw CSK beat MI in the IPL 2020 opener at the Shiekh Abu Zayed Stadium in Abu Dhabi. 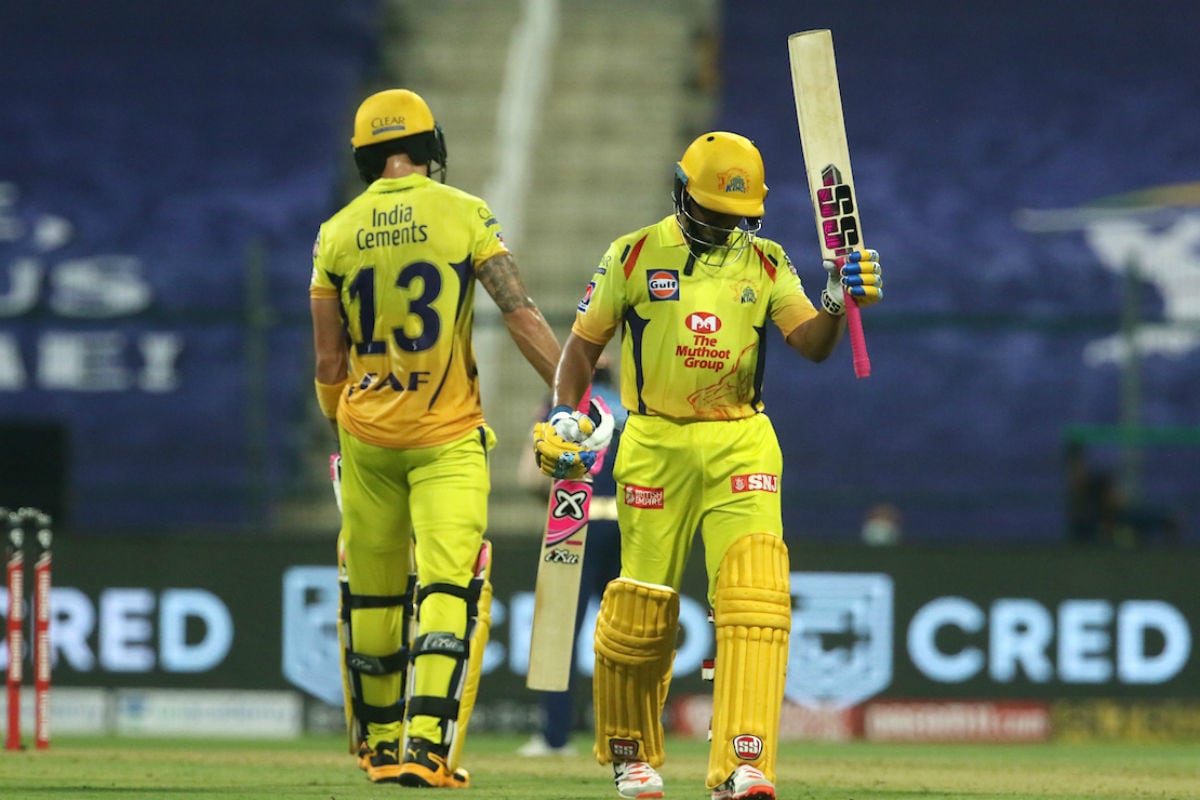 Chasing 163 to win, CSK got off to a poor start as they lost both openers Shane Watson (4) and Murali Vijay (1) in the first two overs itself, Trent Boult accounting for the former while James Pattinson got rid of the latter. (IPL Coverage | IPL Schedule | IPL Points Table)

Ravindra Jadeja (10) was dismissed by Krunal Pandya in the 18th over but a cameo from Sam Curran (18 off 6 balls) that featured a four and two sixes steadied the ship.

In the end, Du Plessis finished the chase in the first two balls of the final over by smacking Boult for consecutive boundaries, giving CSK their first win over MI in five matches.

Earlier after a good start, MI managed just 22 runs and lost three wickets in the last three overs to be restricted to 162/9 by CSK.

Lungi Ngidi (3/38) struck twice in the penultimate over and Deepak Chahar (2/32) took one as the CSK put the breaks on the MI innings after the defending champions were 121/3 at the start of the 15th over.

After CSK captain MS Dhoni elected to field, captain Rohit Sharma (12) and his opening partner Quinton de Kock (33) got MI off to a quick start.

The pair put up 46 runs in the first five overs before Rohit holed out to Sam Curran off Piyush Chawla (1/21). de Kock was dismissed in the very next over by Curran (1/28) with the latter hitting the ball straight down the throat of Shane Watson at midwicket.

Saurabh Tiwary (42) and Suryakumar Yadav (17) kept the boat steady for the next five overs with the former taking Ngidi to the cleaners in the 13th over.

Also Read: Looking to Play Good Brand of Cricket to Make this Season a Memorable One - KL Rahul

However, the wheels started to fall off for MI soon after that over with Ravindra Jadeja taking two wickets in the 15th over.

Ngidi then came back in the 'death' overs to make amends for an expensive one earlier in the match as the likes of Hardik Pandya and Kieron Pollard failed to fire for MI.