Delhi Capitals' Anrich Nortje may have created waves after he bowled the fastest delivery in IPL history but it has failed to excite Mike Atherton. 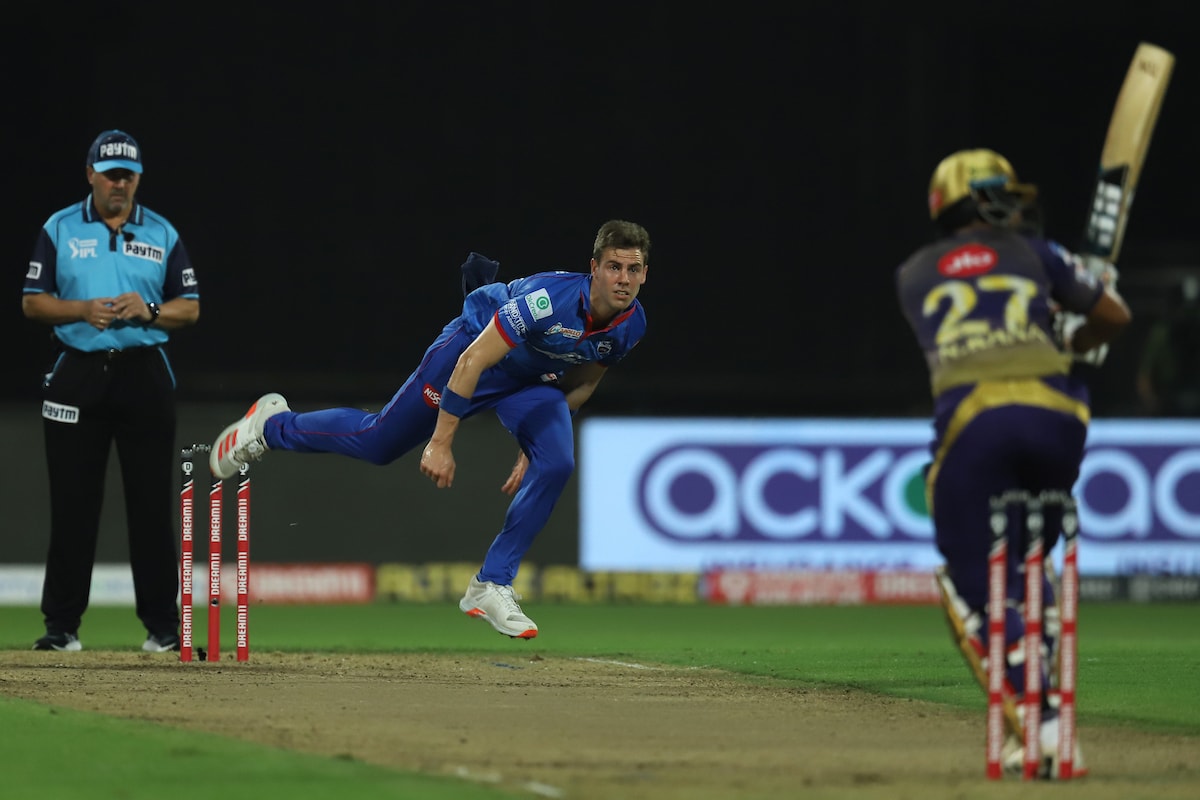 Atherton said he was surprised that a bowler in IPL or any T20 tournament still hadn't surpassed the record set by former Pakistan paceman Shoaib Akhtar 17 years ago, during the 2003 World Cup in Cape Town.

Atherton wrote that while hoopla around anything in the IPL was guaranteed, his own reaction to Nortje's IPL record was more muted. The former England batsman said that what had surprised him was that despite four-over spells which were tailor-made for short, sharp spells, a bowler in a T20 tournament had still not surpassed the quickest ball in cricket.

Atherton wrote in his column that the top speed seemed to have been topped out. He based his article on a research done on baseball pitchers that infers that more players were pitching at near top speed although there had been no increase in top speed.

He has quoted a study of Glenn Fleisig, who is researching on the subject of baseball pitchers' injuries at the American Sports Medicine Institute at the University of Alabama. The study says "unlike muscles, tendons and ligaments cannot be strengthened indefinitely" and hence the limit on the speed.

Atherton adds that there may be more quicker bowlers operating at present but the fastest are not "appreciably quicker" than the fastest bowlers of the past generation.