KKR skipper added that Shubman Gill's form can be one of the positives moving forward to the last two games of the season. 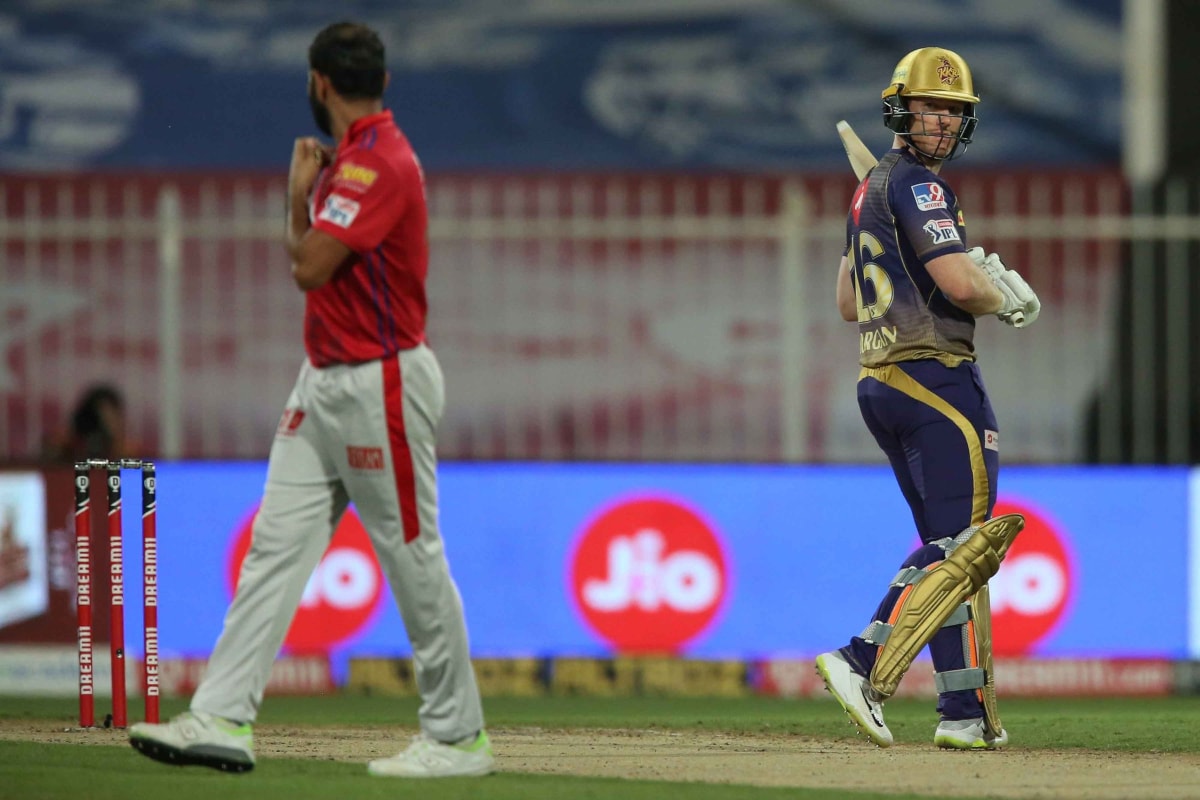 Kolkata Knight Riders skipper Eoin Morgan was an unhappy win after his side's 8 wicket loss to KXIP in Sharjah at the Indian Premier League.Morgan felt that the batters could have stepped up the gas and should have capitalised. "Particularly here at Sharjah, you have to counterattack if you lose early wickets, and identify the wicket early. Disappointed with the partnerships, thought we could have scored more (runs). When we were three down, we wanted a partnership going. Around 180-190 would have been a good score, but we kept losing wickets," Morgan said after the game.

He also added that Shubman Gill's form can be one of the positives moving forward to the last two games of the season. He said 'hopefully' KKR will adjust to the conditions in Dubai.

"That's one of the challenges this year, going from ground to ground. Hopefully we adjust to the conditions in Dubai. That's the nature of the tournament, there are not many bad sides. Our faith is in our own hands in the last two games. I think Gill scoring runs and restricting the Kings till the 11th or 12th over, those were the positives," he signed off.

Earlier in the day Kolkata Knight Riders (KKR) opening batsman Shubman Gill returned to form with a half-century, but Kings XI Punjab (KXIP) came back to apply brakes and restrict the Kolkata franchise to 149 for nine wickets in 20 overs in an Indian Premier League match.

Gill scored a 45-ball 57 and shared an 81-run partnership with skipper Eoin Morgan for the fourth wicket. Morgan made 40 off 25 balls. Lockie Ferguson hammered a 13-ball 24 to give some respectability to the total.

India seamer Mohammed Shami was the most successful bowler with three wickets for 35. His two wickets early on had reduced KKR to 10 for three. Leg-spinner Ravi Bishnoi picked 2/20 and Chris Jordan took 2/25.