IPL 2020: As Shane Watson Retires, Check Out His Top 10 IPL Knocks Across 12 Seasons 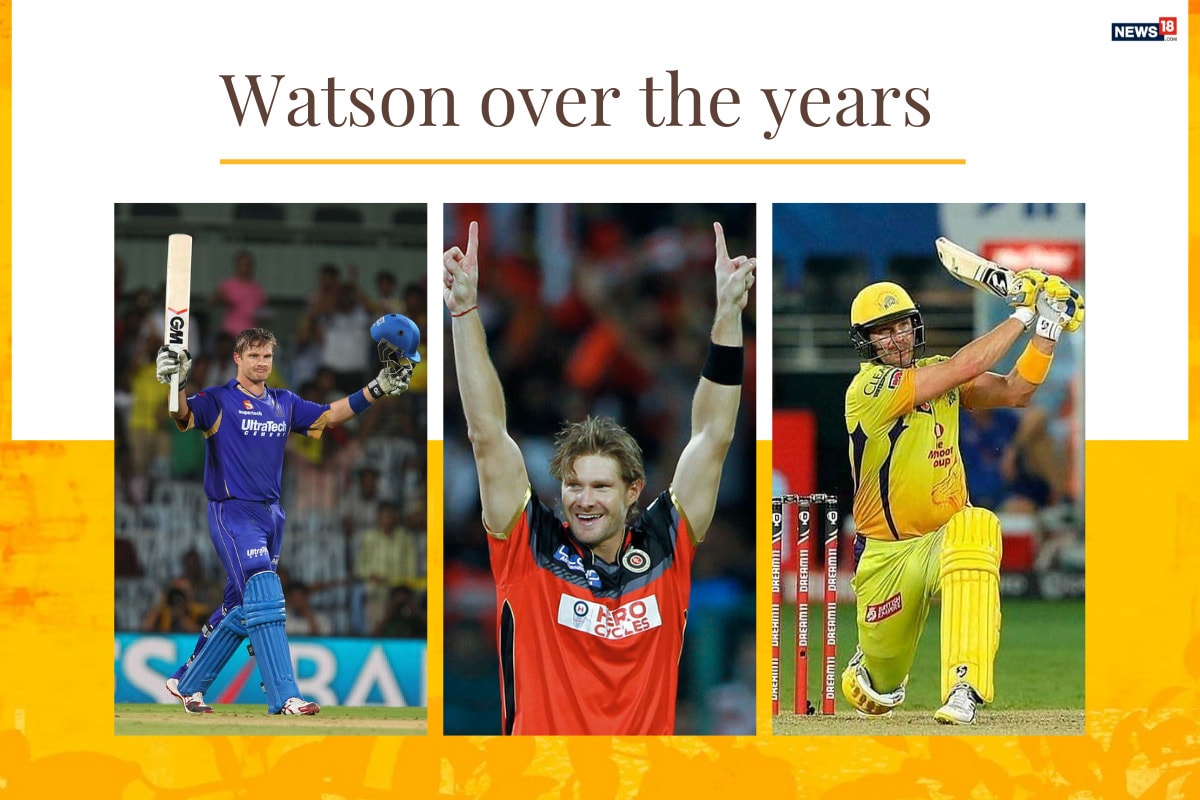 Shane Watson has been one of the top names in the Indian Premier League since the event first came into being. Starting with Rajasthan Royals in the first season, leading them to victory, Watson has come a long way. He also played for Royal Challengers Bangalore in two seasons before finally joining Chennai Super Kings in 2018. He ends his IPL career with the end of this season. A formal announcement is awaited. He had already retired from international cricket in 2015.

This was just the sixth match of the inaugural IPL when Watson played a superb 76-run knock to defeat KXIP by 6 wickets. Watson was awarded the Player of the Match. He went on to score 472 runs at an average of 47.20 in the tournament as Rajasthan Royals lifted the trophy.

Watson shared an unbeaten opening partnership of 134 runs with Rahul Dravid to post a perfect 10-wicket victory over Mumbai Indians. While Dravid scored 43 off 32 balls, Watson did most of the damage to MI with 89 runs off 47 deliveries.

Rajasthan Royals thrashed Pune Warriors by 7 wickets, thanks to Watson’s unbeaten knock of 90 off 51 balls. This was his highest individual score in that season.

This was Watson’s maiden century in the IPL. Opening for Rajasthan, he smashed 101 off 61 balls, taking his team’s total to 185 runs in 20 overs. RR were, however, defeated in the match.

Watson played the lone warrior as the rest of the batting order crumbled away. He single-handedly took his teams total to 199, which proved too good for the KKR in the end. Watson was the Player of the Match.

Playing for his new team CSK against his former team RR, Watson played a ruthless knock of 106 runs off 57 deliveries, leading his team to a total of an impressive 204 runs. CSK won the match by 64 runs.

Watson smashed seven sixes and four boundaries in a magnificent knock of 78 runs off 40 balls to get his team a great start. CSK ended with 211 runs, also helped by Dhoni’s 22-ball-51 runs. Delhi Daredevils lost by 13 runs as Watson lifted the Player of the Match trophy.

The best knock of Watson’s IPL career came in one of the most important occasions when CSK took on SRH in the final of IPL 2018. He played a superb knock of 117 runs not out off 57 deliveries and CSK lifted the IPL trophy for the third time. He amassed 555 runs in the tournament, his highest across all seasons, and also the highest for CSK that season.

It Will Be Impossible to Perform if MS Dhoni Decides on Playing IPL to IPL, Says Kapil Dev

This was his best knock of the 2019 edition of the IPL. He made an impressive 53-ball-96 helping his team chase a target of 176 runs set by SRH, with just one ball remaining. He was declared the Player of the Match.

Although this was the most disappointing IPL season for CSK, there were some flashes of brilliance in between. One such game was against KXIP, in which Watson partnered with Faf du Plessis for a perfect 10-wicket victory. Watson won the Player of the Match one last time in his career.