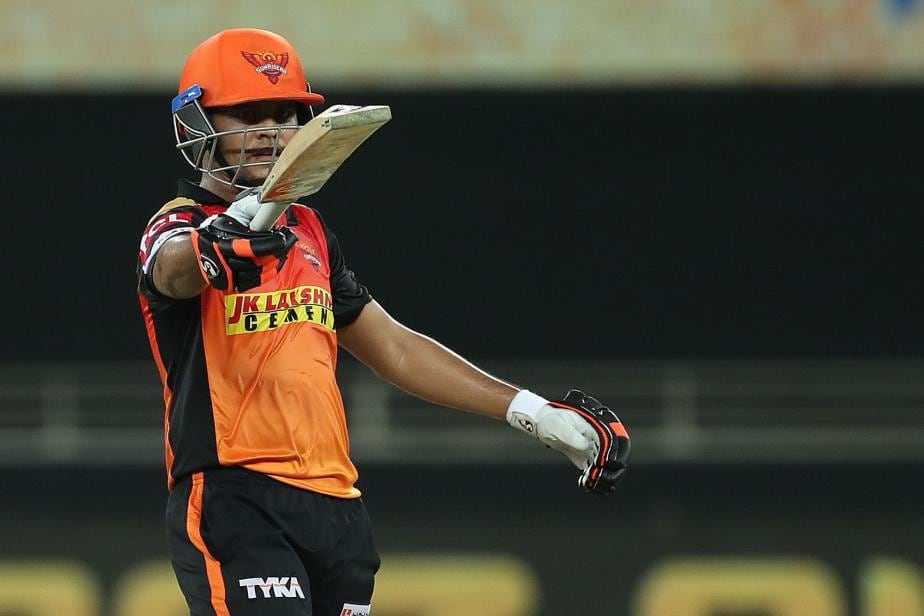 Reflecting on the win, SRH captain David Warner was full of praise for the youngsters who stepped up to the plate under pressure.

Having been involved in a run out with New Zealand’s Kane Williamson earlier in the evening, young Priyam Garg had it all do in the second half of Sunrisers Hyderabad’s innings. He responded with his first half century in the tournament and thanking the team management for persisting with him despite the inexperience and age.

Garg was not only good with the bat but also excelled in the field when Chennai Super Kings were batting, helping add pressure on the three-time champions.

“I was just trying to play my natural game and credit to team management for backing me and giving me confidence. I wanted to play my natural shots and back my strengths as I'm aware of the range of my shots. I was playing with Abhishek since childhood and we both know each other's game very well which really helped today. I tried to maintain a positive energy with bat and carried the same level of confidence in the fielding,” Garg, who won Player of the Match, explained.

Reflecting on the win, SRH captain David Warner was full of praise for the youngsters who stepped up to the plate under pressure.

“It's my message to the youngsters, to go out their and score some runs. These guys assessed the conditions and played well, so really really proud of them. These guys really work hard, they execute their yorkers, they execute their slower ones. These are the rewards we are getting, and hopefully we get the momentum going forward.”

The win takes SRH up to fourth spot on the table while CSK continue to remain rooted to the bottom of the pack with just one win to their name after four games.