In a T20 format tournament like IPL, usually it's the Batsmen and Bowlers who come into the limelight for their exclusivity. But the all-rounders are the ones who fill in and play their role. Axar Patel is one such all-rounder who has gone un-noticed this season. 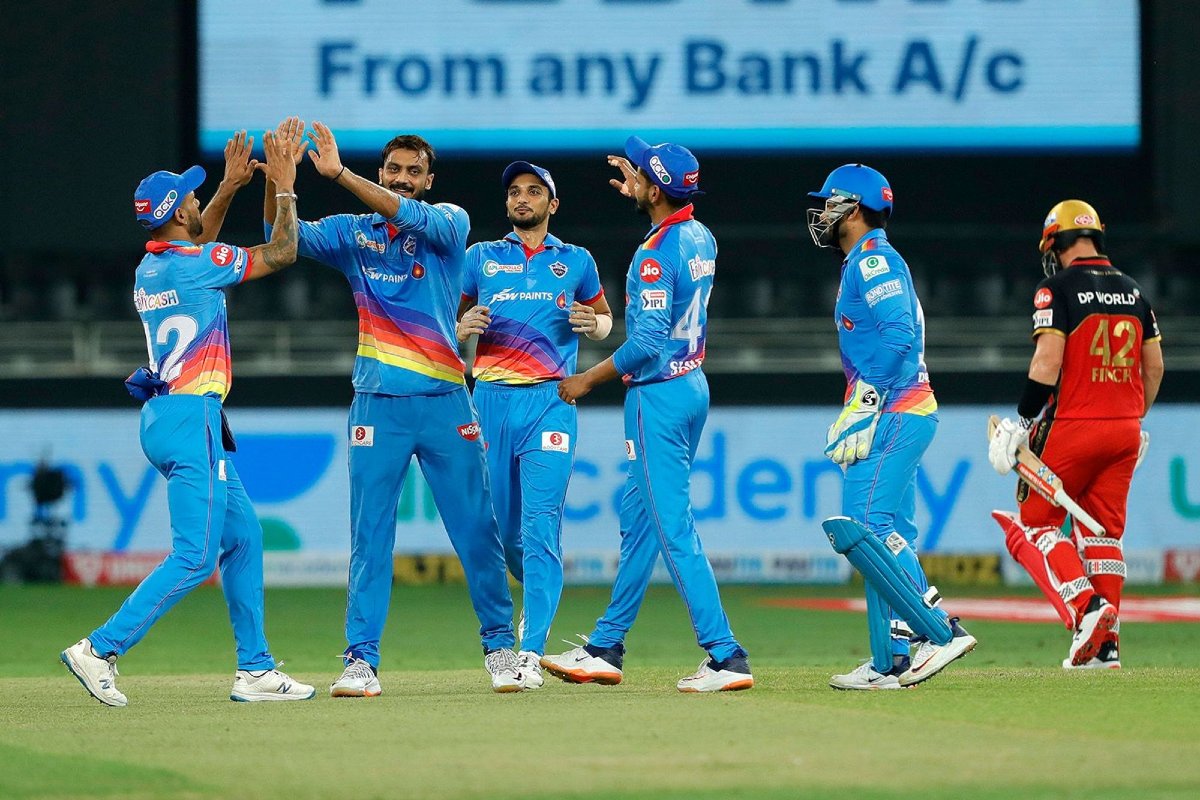 While the Prithvi Shaw's and Kagiso Rabada's of the world have hogged all the limelight for their stellar performances for the Capitals in IPL 2020, another man has quietly but very effectively gone on to do what he does best to choke the opposition batsmen and restrict them giving almost nothing away.

He has played an equally significant role, if not a more impactful one, in ensuring that Delhi Capitals (DC) have won 4 of their first 5 matches in the tournament and are the only team to have lost just one match so far.

Axar Patel has been DC’s unsung hero with the ball in IPL 2020. He has been brilliantly economical – the single-most important quality needed in a bowler in T20 cricket. The slow left-arm orthodox bowler has mastered it!

He has been the most restrictive bowler in 3 of the 4 matches he has played in the tournament. Axar kept Mayank Agarwal quiet against KXIP. He bowled 10 deliveries to the swashbuckling right-hander and conceded just 7 runs.

Axar bowled 4 overs on the trot – from the 8th to the 14th. KXIP’s required rate jumped from 9.07 to 12.33 by the time he finished his quota of overs in which he conceded just 14 runs while also picking the wicket of Sarfaraz Khan. Axar bowled as many as 11 dot balls in the match in the crucial middle over phase and did not concede even a single boundary! It was largely his effort which made the chase difficult for KXIP ultimately ensuring a tie with DC going on to win the match in a Super Over. 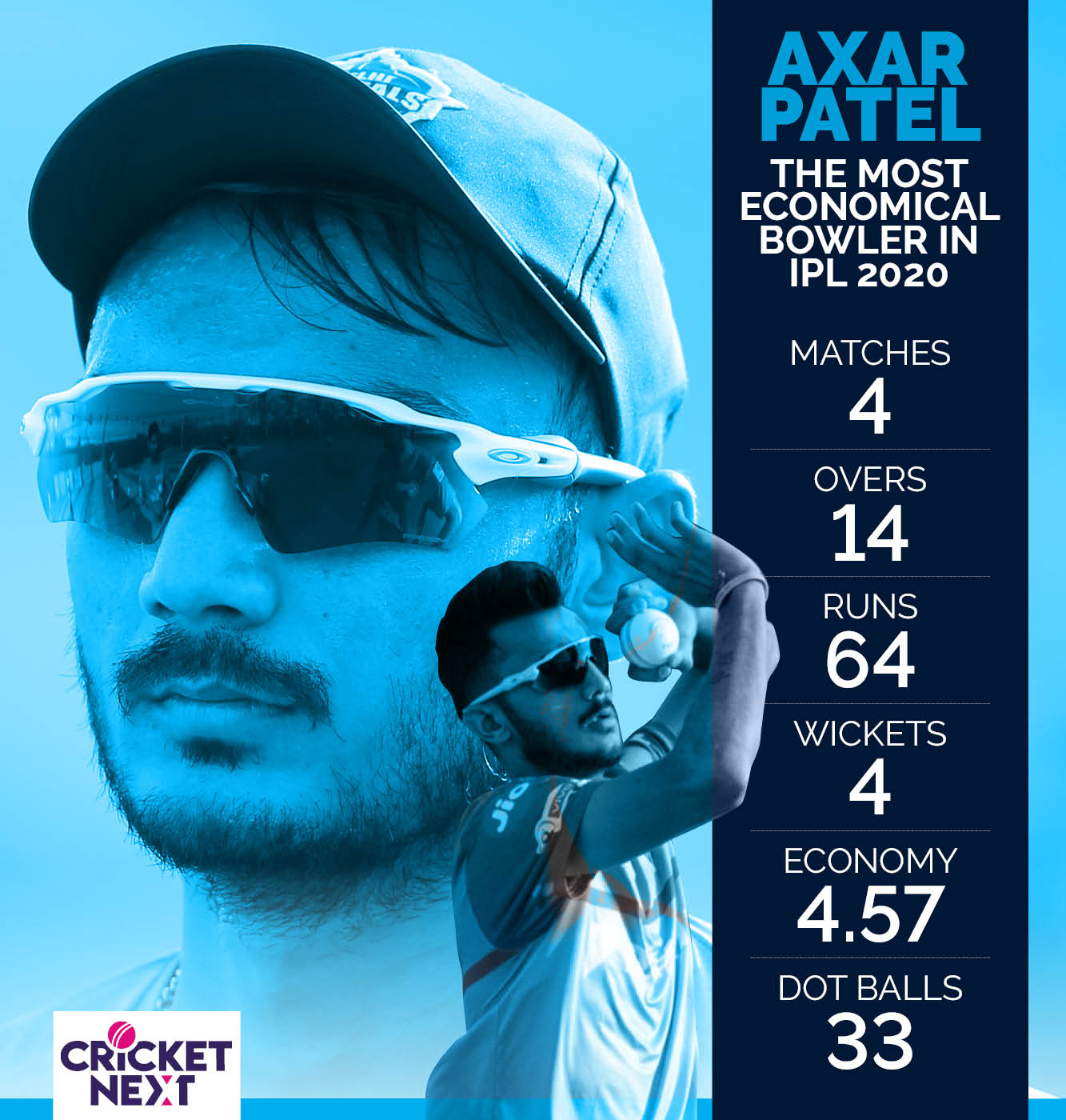 Axar opened the bowling with Rabada against CSK. It was a deliberate ploy as the left-armer had dismissed Watson on 5 occasions in the IPL giving away just 42 runs in 38 deliveries. Patel went for just 7 in his first over. With the required rate nearing 10, Patel was given another over in the power-play. And he got his man! Axar again saw the back of Shane Watson who was caught at deep mid-wicket trying to force the issue. He gave away just 4 runs of the over. He went for just 7 more in his remaining two overs and ended with 1-18 off 4 overs, this when CSK needed a run rate of close to 9 at the start of their innings.

Shockingly, Axar was under-utilised against SRH where he was just required to bowl 2 overs in which he conceded 14 runs. DC lost the match. Even more startling was him being dropped from the XI against KKR in a bid to accommodate the more famous R Ashwin. Incidentally, the off-spinner went for 26 of his 2 overs.

Axar came back with a bang against RCB in Dubai. Not only was he restrictive giving away just 18 runs in his 4 overs, he also got rid of Aaron Finch and Moeen Ali at crucial junctures in the match.

Axar has been brilliant in IPL 2020 - both in the middle overs and in the power-play. With an economy rate of 4.57, he is the most restrictive bowler of the tournament thus far.

Quietly but effectively he has done his job!