IPL 2020: Backed My Strength in Super Over Against Mumbai Indians, Says Navdeep Saini

The second Super Over of the IPL 2020 was witnessed during the match between RCB and MI in which RCB snatched away the victory from the men in blue. Navdeep Saini helped RCB win in the Super Over with his fantastic variation in his bowling. 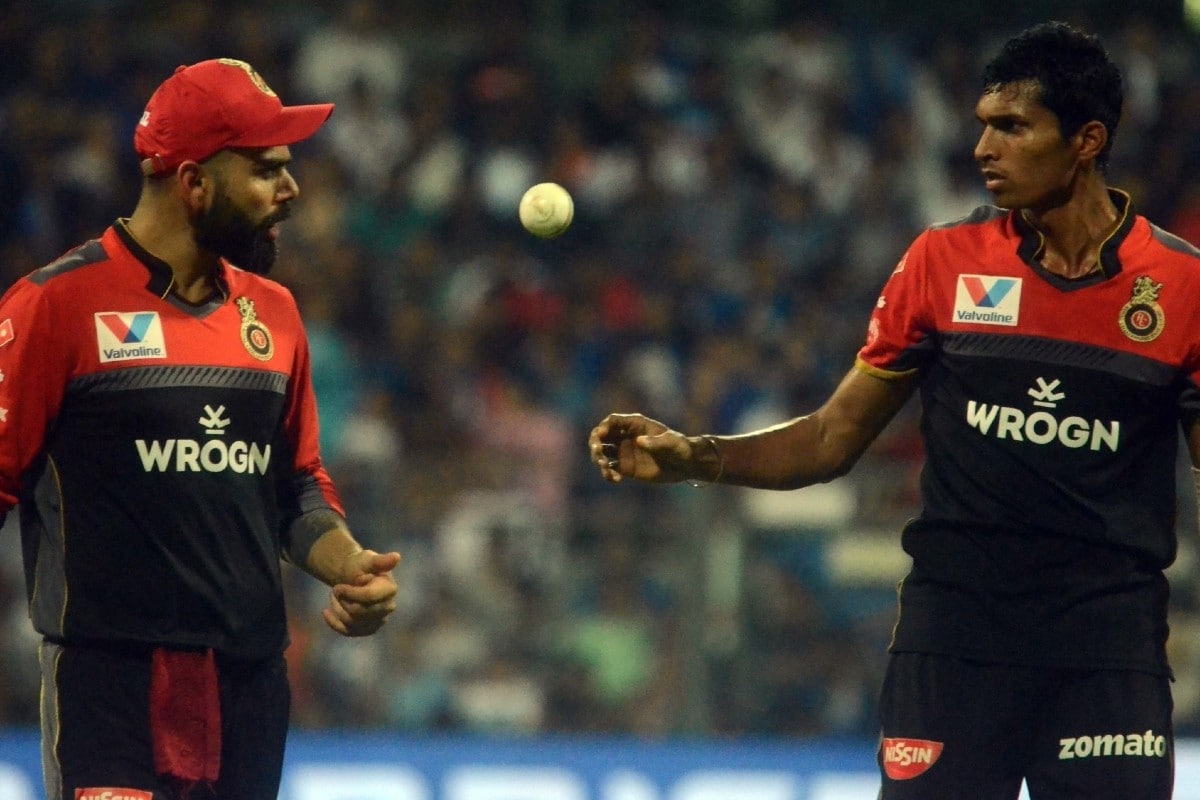 Royal Challengers Bangalore’s Navdeep Saini had not been very successful bowling his quota of 4 overs against Mumbai Indians in IPL 2020. Despite that, captain Virat Kohli reposed faith in him to bowl in the Super Over after the innings ended in a tie. Saini rose up to the occasion and delivered a master-class performance, conceding just seven runs against players like Kieron Pollard and Hardik Pandya. Post-match, the pacer revealed he decided to back his strengths in the fateful moment, which turned out to be quite successful for him and his team.

Speaking to Shivam Dube in a video posted on iplt20.com, Saini said he had many plans running in his mind when he was assigned the task. “In the end, I decided to go with my strength, using Yorkers and a slower delivery,” said Saini. He gave away just 3 runs in the first three balls, after which Pollard hit a boundary on the fourth. But Saini kept his cool and continued doing what he believed in. “After the boundary, I knew I had to end the over with a single or double,” asserted Saini. He was rewarded as Pollard was caught in the very next delivery.

“I had practiced Yorker, so I went with it and also threw in a slower delivery,” added Saini. On the last delivery, Hardik completely missed the ball as it passed right by his side. “I did what I had in my mind,” concluded Saini.

The RCB easily chased the target in the Super Over as Virat Kohli and AB de Villiers came in to bat and claimed their second victory in three matches. Batting first in the match, RCB had put up a good total of 201 against MI. AB de Villiers scored 55 not out off 24 balls. Chasing the target, MI captain Rohit Sharma lost his wicket early. At a time, they were 78/4. But then Ishan Kishan came and steadied the innings, scoring a fantastic 99 off 58 balls. MI was further helped by Pollard’s brilliant knock of 60 off 24 balls and they managed to tie RCB’s total.

In the end, Navdeep Saini’s amazing performance in the Super Over led RCB to victory. AB deVilliers was adjudged Man of the Match.