Sunrisers Hyderabad defeated Chennai Super Kings in the 14th match of IPL 2020 on Friday by seven runs. But, in this game, SRH’s star bowler Bhuvneshwar Kumar suffered an injury. 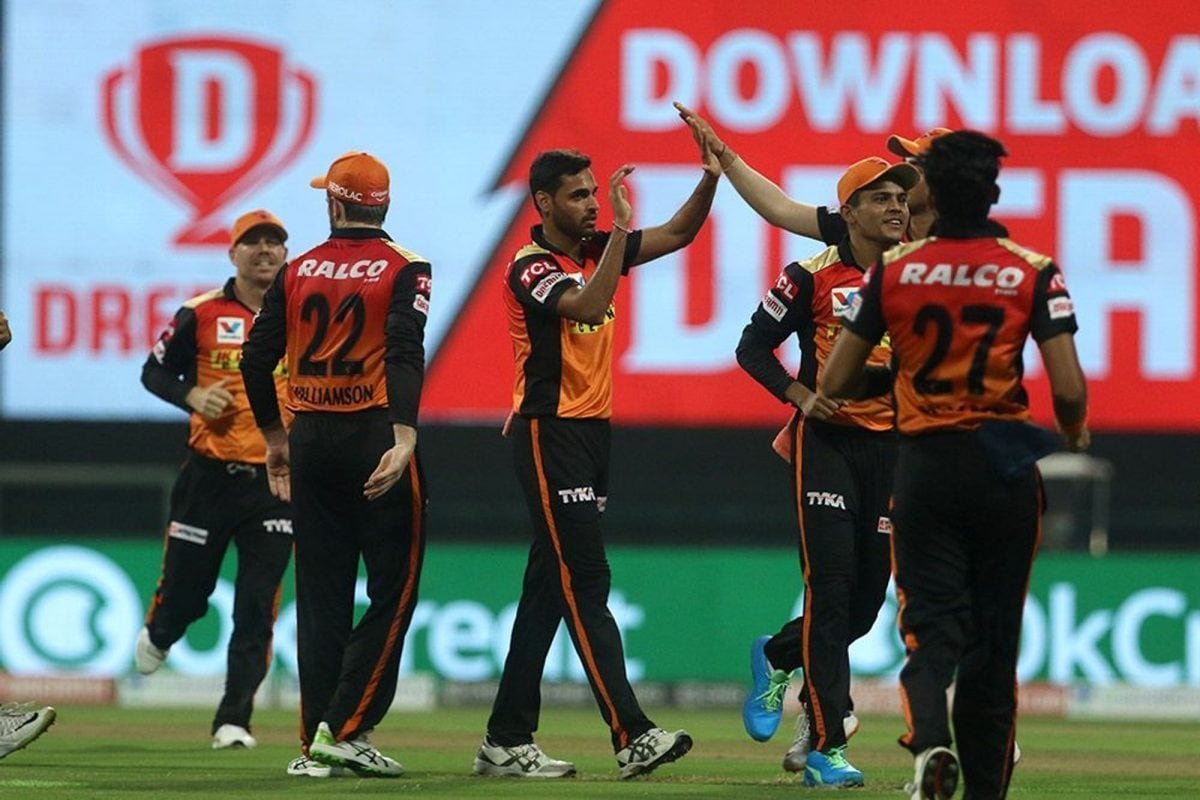 Sunrisers Hyderabad defeated Chennai Super Kings in the 14th match of IPL 2020 on Friday by seven runs. But, in this game, SRH’s star bowler Bhuvneshwar Kumar suffered an injury.

When Kumar came to bowl the 19th over, he felt pain in the left thigh. He stretched his leg, but could not complete the over and had to leave the field. Khaleel Ahmed completed the 19th over for SRH. MS Dhoni-led CSK scored 16 runs in that over.

ANI quoted Sunrisers Hyderabad skipper David Warner as saying that he did not know of the severity of Kumar’s injury and he had to talk to physio to ascertain about it.

He said that he would only be able to answer questions about Kumar’s injury after checking with the physio. Warner said, “I am not too sure, have to speak to the physio, can answer this question when we have more information.”

Sunrisers Hyderabad in yesterday’s game won the toss and elected to bat first. They lost an early wicket as their in-form batsman Jonny Bairstow got out without opening the account. Then, Warner and Manish Pandey tried to make a partnership. Warner scored 28 runs off 29 deliveries and Pandey 29 off 21 balls.

Kane Williamson, who delivered with the bat in the game against Delhi Capitals, got run out at the score of 9. Following this, Priyam Garg and Abhishek Sharma helped their side reach a decent total of 164. Garg scored a half-century, making 51 (not out) off 26 balls, while Sharma smashed 31 in 24 deliveries.

Chasing the target, CSK also lost an early wicket with Shane Watson returning to pavilion at the score of one. Faf du Plessis, who has performed consistently in this season, opened for CSK with Watson against SRH. However, he got out at 22. Ambati Rayudu and Kedar Jadhav also gave away their wickets too early. Rayudu made eight in nine deliveries, while Jadhav just scored three in 10 balls. Then, Dhoni and Ravindra Jadeja tried their best to reach the target. But Jadeja was sent to the dug-out after scoring a half-century. He made 50 in 35 balls. Dhoni, on the other hand, smashed 47 off 36. CSK fell short of the SRH’s total by seven runs.