Chris Gayle is all set to play his first match of the Indian Premier League (IPL) 2020 for Kings XI Punjab (KXIP) against the Royal Challengers Bangalore (RCB) in Sharjah on the evening of the 15th of October. With 6 losses from 7 matches, KXIP desperately need a change of fortunes and if there is one man who can trigger a turnaround for them, it is Gayle!

The man from Kingston, Jamaica, is regarded as the greatest and most destructive T20 batsman in the history of the format. He has represented several T20 leagues all over the world often setting records and milestones which are impossible to surpass. We look at some of the numbers which define his performances in the IPL.

4484: Gayle’s Aggregate Runs in the IPL
Gayle has represented three franchises in the IPL – RCB, KKR and KXIP. He has scored 4484 runs in 124 innings – the third-highest amongst overseas batsman only after David Warner and AB de Villiers.

175*: The Highest Score in the History of the IPL
Gayle hammered an unbeaten 175 off just 66 deliveries, including 13 fours and as many as 17 sixes, against the Pune Warriors in Bengaluru on the 23rd of April, 2013. It is the third-fastest triple digit-score in IPL history!

17: Maximum Sixes in an Innings
Gayle blasted 17 sixes on his way to the colossal 175 against Pune Warriors in Bengaluru in 2013. 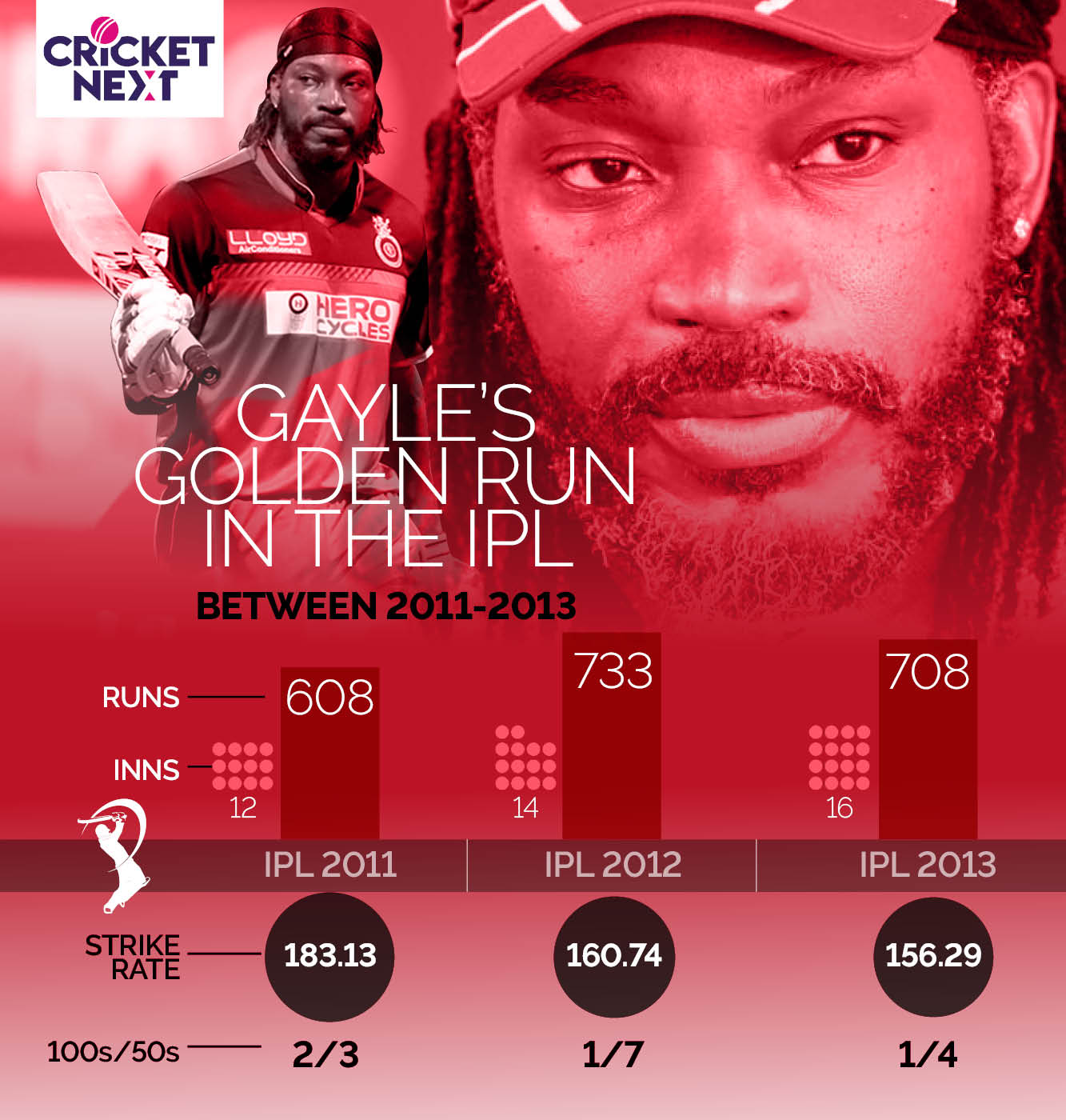 350: Highest Strike Rate for Gayle in a 35-plus innings
Gayle hammered 35 off just 10 deliveries (for RCB) against the Sunrisers in Hyderabad in 2015. It is the 4th fastest 35-plus knock in IPL history! 6: Maximum Hundreds in IPL history
Gayle has a record 6 hundreds in the IPL – 5 for RCB and 1 for Kings XI. Interestingly, he has two hundreds (for his most successful franchise RCB) against his current franchise Kings XI.

41.13: Gayle’s Batting Average in the IPL
It is the 5th highest (min. 700 runs) after Jonny Bairstow, KL Rahul, David Warner and MS Dhoni.