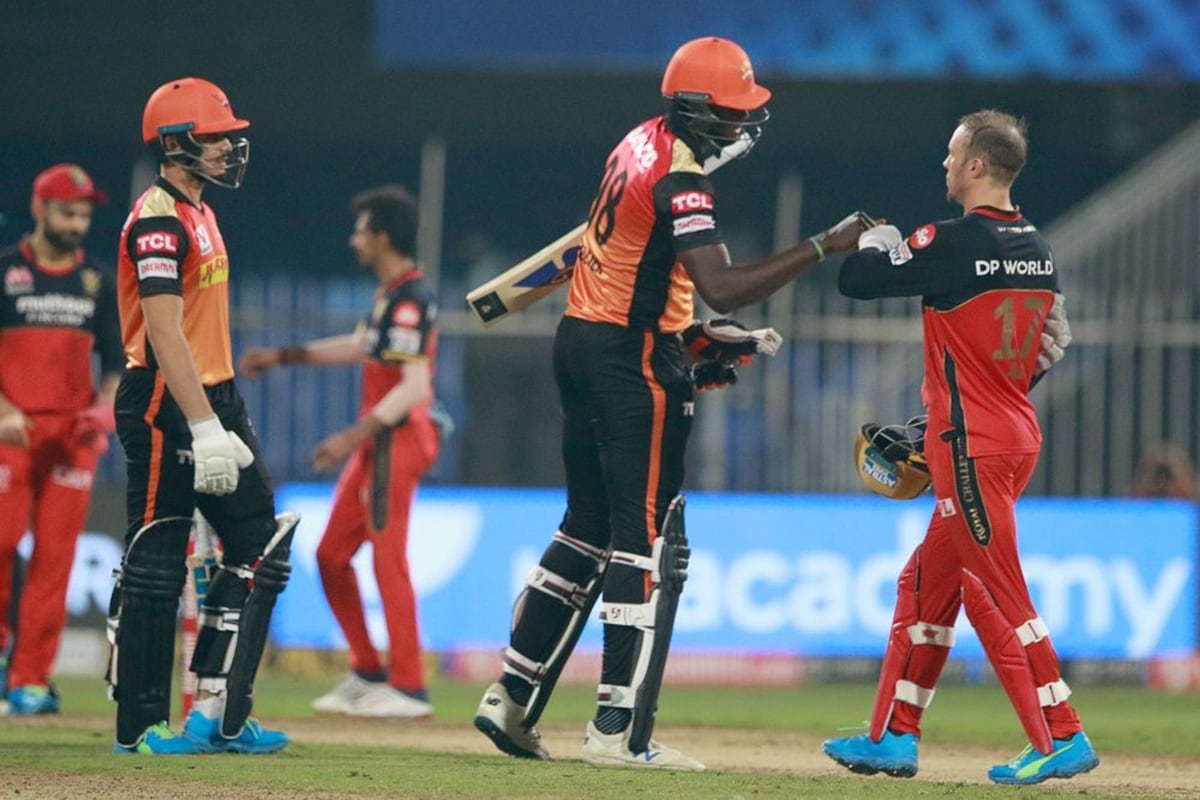 Pushed to the wall, Sunrisers Hyderabad produced a clinical performance to beat Royal Challengers Bangalore by five wickets and stay alive in the Indian Premier League Play-off race, here on Saturday. SRH first produced a brilliant bowling effort to restrict a batting-heavy RCB to a modest 120 for seven and then chased down the target in 14.1 overs to zoom to fourth spot in the standings from seventh.

RCB's struggle with the bat can be gauged from the fact that they hit only nine boundaries and a six in their entire innings despite having the likes of Padikkal, Kohli, De Villers and Chris Morris up their ranks. After the early blows, Washington Sundar (21) and Gurkeerat Singh (15 not out) tried to resurrect the innings with a 30-run fifth-wicket stand but they never got the momentum.

Towards the end, both Sundar and Morris departed in quick succession to add misery to RCB's woes. It was clinical performance from SRH bowlers as RCB batsmen struggled to get going after the early dismissals. Jason Holder too shone bright with the ball with figures of 2 for 27 from his four overs.