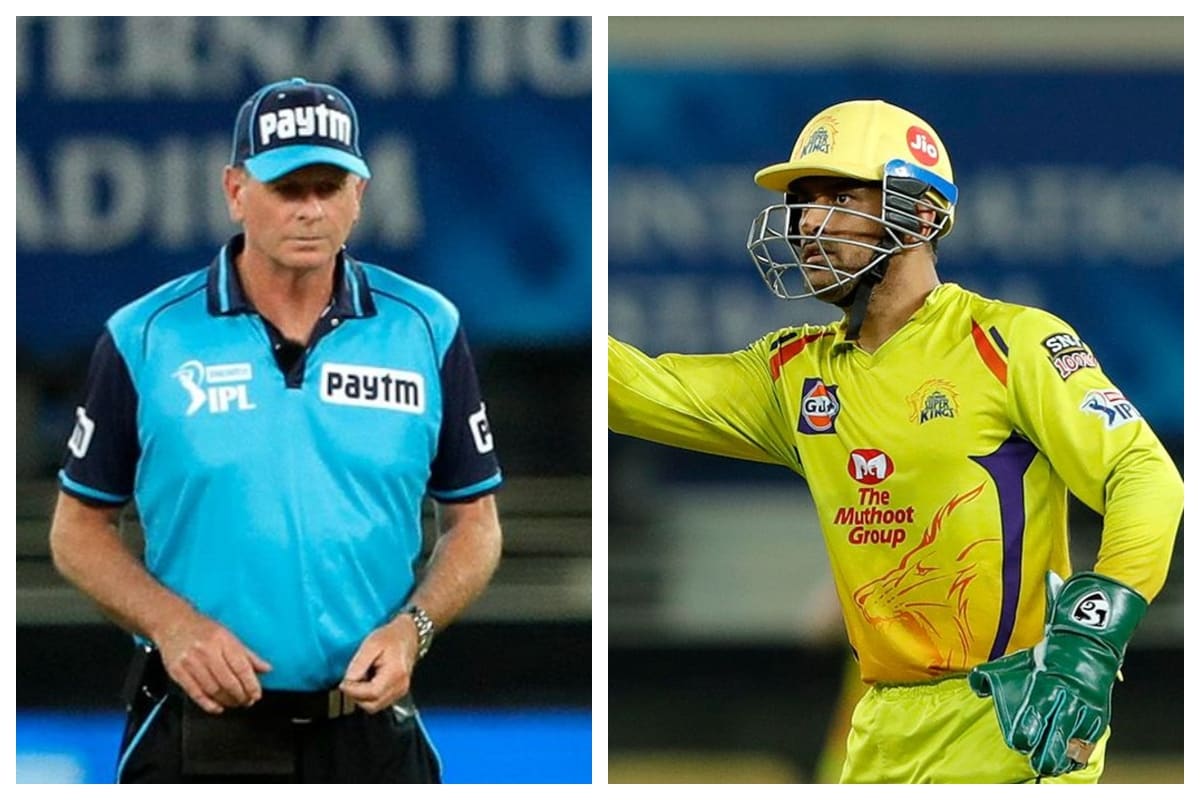 Seasoned India spinner Harbhajan Singh has courted the ire of the Chennai Super Kings fans after he reacted to MS Dhoni’s wide ball controversy. During a Chennai Super Kings versus Sunrisers Hyderabad match of IPL 2020, umpire Paul Reiffel changed his decision at the last moment of calling a delivery wide after seeing an angry Dhoni protesting against it.

ALSO READ: MS Dhoni Protests Wide Call, and Why Umpire Paul Reiffel is Within His Rights to Change His Mind

Following the incident, Dhoni has received criticism from many cricket lovers and cricketers for “bullying” the umpire into changing his decision.

Harbhajan also reacted to the incident on Twitter. He did not write anything, but just dropped some laughing emojis in the caption, while retweeting the video of that moment when Reiffel stopped himself from calling that delivery wide.

The spinner’s reaction does not seem to have gone down well with CSK fans. Harbhajan is currently associated with Chennai Super Kings in the Indian Premier League. He had pulled out of the ongoing season even before it commenced.

"I'm not sure what's going on within the CSK team cuz Raina and Bhajji left for unknown reasons but he shouldn't have trolled his own team and his captain. Absolutely cheap sportsmanship," said a netizen.

If Betrayal has a human form, it is @harbhajan_singh

I'm not sure what's going on within the CSK team cuz Raina and Bhajji left for unknown reasons but he shouldn't have trolled his own team and his captain. Absolutely cheap sportsmanship. #CSK #WhistlePodu @msdhoni https://t.co/m4ksDzenZs

Suresh Raina, who announced his retirement from International cricket on August 15, the day Dhoni informed his friends and followers on Instagram that he had decided to hang up his boots, also withdrew his name before IPL 2020 started. He also plays for Chennai Super Kings.

A person even suggested how the spinner should be treated in the next edition of IPL. He said that Harbhajan should be included in the franchise, but not be made part of the playing 11. He added, “Make him warm bench. Ask for drinks and then refuse when he reaches midway pitch.”

Play Harbhajan next season. Make him warm bench. Ask for drinks and then refuse when he reaches midway pitch. Repeat this every five over each game.

Here are some more reactions:

What can we expect from someone who give funds to Pakistan https://t.co/ExnHcBtt1Y

CSK took him in IPL when other team throwed him in dust bin. And also he got an opportunity to act in tamil movie. Now he is showing his true colour.

Bhajji sir...u dont laugh..because u have the history of slapping your team mate....u can not even say a single word about spirit of cricket...

And every player can object the decision of umpire....if it was like that...there would not have DRS system... pic.twitter.com/m6gRhvSRSZ

Even though he is not playing this season he supported his team!

Why so much hatred towards dhoni ?

At least he didn’t donate funds for Pakistan that too asked by AFRIDI ! https://t.co/htMcS4k2kA

Harbhajan has played 160 IPL games in which he has picked 150 wickets. He was initially part of Mumbai Indians, but later joined Chennai Super Kings.